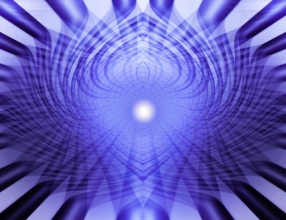 Voice’s Alex Mitchell presents the third and final part of an account of the key events which informed and influenced the Union Of Parliament between Scotland and England in 1707, and in doing so, impartially debunks some commonly held and perpetuated views on the issue.

The English certainly believed that the advantages of union would be “much greater for Scotland”, mainly in terms of an “Increase of Trade and Money”, and that England would gain from it only “the Security of its Northern Borders” and a “Source of Men for our Common Wars”. 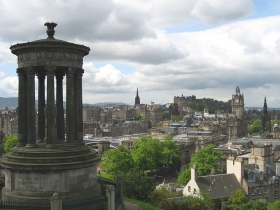 Again, Seton of Pitmedden remarks that “England secures an old and dangerous Enemy to be their Friend”, and that, in military terms, England would also gain by “a considerable addition of brave and courageous Men to their Fleet, Armies and Plantations”, and that for Scotland: “We send our Commodities and Manufactures to them, and have Money or other Necessities remitted to us”.

Demographically, and in terms of its labour force and military manpower, Scotland was twice as important as a component of the British Union in 1707 than in 2007. In addition, a huge proportion of Scots had extensive campaigning experience in European theatres of war.   The familiar image of “the Scottish soldier” rests on the historical fact that a great many Scots were soldiers, albeit in other nations’ wars. Thus, from an English military perspective, Scotland could be a useful ally, or a very troublesome enemy.

The 25 Articles agreed by the joint Commissioners were to be presented first to the Scottish Parliament in Edinburgh in October 1706, then to the English Parliament in London. Of the 25 Articles, which were debated and approved one by one, no fewer than fifteen were concerned with economic issues, of trade, taxation and industry, and it was these which generated the most heated debate.

The Court made major concessions on Scottish access to the English market, and later put through a separate Act protecting the Church of Scotland. The indications are, therefore, that the Scottish side fought long and hard for the best possible deal for Scotland, and for one which preserved distinctively Scottish institutions – the separate and distinct church, and legal and education systems – such that Scotland was never to become a mere province of England, a kind of “Scotland-shire”.

The entire Treaty was passed by the Scottish Parliament on 16 January 1707, by 110 votes to 69. There was a clear majority in each of the three estates, being the church, the nobility and the burgesses, that amongst the nobility being greatest. The mass of the common people were violently opposed to union with England, but their views counted for little in 18th century politicking. The Scottish Parliament had voted itself out of existence, and was formally dissolved on 28 April. The new Parliament of Great Britain came into being on 1 May 1707.

This suggests that tax revenues per capita in Scotland were only about one-eighth of those in England, which may be an indication of how much poorer a country Scotland was relative to England in the years before Union. Taxation, however, did not need to be as high in Scotland as in England, for the simple reason that Scotland consistently avoided getting into military conflict with other nations. At any rate, Scotland sent only 16 peers to join the 190 English peers in London, and 45 commoners to join the 513 from England & Wales.

This doubtless contributed to the patronising attitude of the English majority towards the Scots in London, and the widespread belief, in London as in Scotland, that the Scottish nobility had not merely “sold out”, but that they had sold out for a derisory price.

In the end, the Union was achieved largely because the wiser men on both sides dreaded the consequences of failure, and there were the basic elements of a bargain. England, at war with France, could not risk a hostile Scotland under a Jacobite king, and demanded a complete, incorporating Union and acceptance of the Hanoverian succession.

The Scots wanted free trade at home and abroad. They would have preferred a federal arrangement to the complete, incorporating Union, but could not insist on it because the English were adamant, and they knew that failure of the Treaty might result in renewed economic sanctions, civil war within Scotland and the possibility of military invasion by England to suppress a Jacobite uprising in support of the “Pretender”, the self-styled King James VIII, or his son, Prince Charles Edward Stuart, later known as Bonnie Prince Charlie.

by this time the Union was largely accepted as a done deal. The centre of economic activity had shifted from east to west.

The economic benefits expected for Scotland took some decades to become manifest. This and other early disappointments contributed to the widespread support for the Jacobite Rising of 1715. But free trade and full participation in rampant English colonialism were of immense advantage to the Scots.

This became plainly apparent by the mid-point of the century – hence the comparative lack of support, especially in the Lowlands, for the  last Jacobite Rising of 1745. And by this time the Union was largely accepted as a done deal. The centre of economic activity had shifted from east to west.

Glasgow was geographically nearer than any other British port to the English colony of Virginia and opportunities opened up in the trade in Virginian tobacco, Caribbean sugar and in the service of the London-based East India Company. Hence the spectacular expansion of Glasgow from the “pretty little town” described by Daniel Defoe of around 1700 to its (self-styled) eminence as  Second City of Empire by around 1900.

Edinburgh, always a city of lawyers rather than merchants, had lost its Royal Court in 1603 and its Parliament by the Act of 1707 and was, to an extent, eclipsed by Glasgow; but its financial and legal expertise sustained it in the longer term.