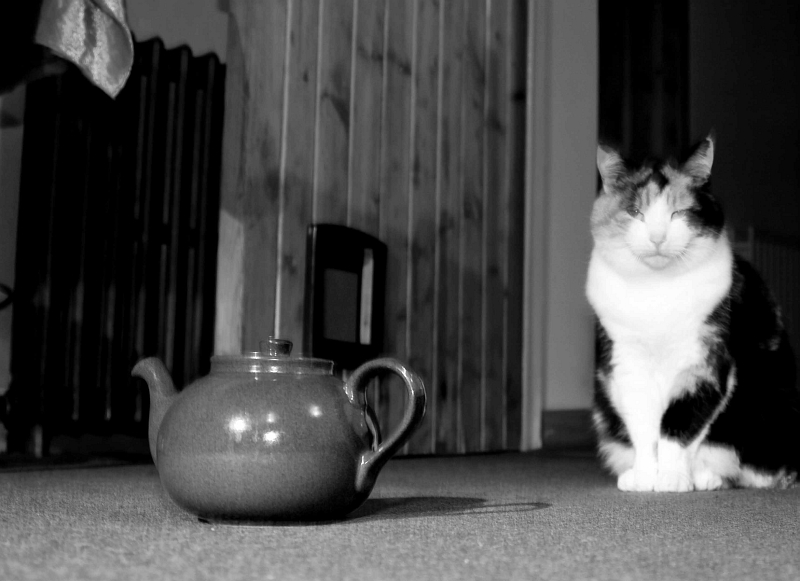 The story so far:

Cody’s gran, Señora McLaughlin, has died in far off Santa Cruz at an undisclosed old age and her family have gathered round to say goodbye.
At some expense the old woman’s ashes are brought home after a family whip round.

Following the graveside ceremony, the mourners take time to reflect on her legacy in a clan gathering at the local pub. When the tab runs out, only Danny and Rob are left.

All of a sudden the bar door flies open and a white hoodied figure marches quickly in. Pistol in hand, he walks straight up to Danny and raises his hand in line with Danny’s head.

“This is from McAllister” he says, then pulls the trigger.

Danny had known a few dementia sufferers in his time. We all do really. The longer we live, the more likely it is that it will happen either to us or to one whom we know or love or even hate. Vascular, late onset, mid onset and that slightly uncertain early stage of the illness are all slightly unsettling. Especially for the ones left behind of course.

The onset can be insidious however.

–          Erm, Dave died at Normandy. He stepped on one of those landmines and bled to death. Don’t you recall? His obituary was in the local squeak. They said he was a sad loss, a hero as I recall.

Best perhaps to have a wee defining heart issue or even one of those “he was sorting out the washing one minute then I heard a thud” episodes maybe.

Danny’s uncle Martin was largely undiagnosed until he reached the rank old age of fifty nine, at which point life became unusually interesting for Danny’s auntie.

Off Martin went to work each day to a job which had certainly been his some 20 years before.
The local GP was supportive in the extreme but, with no real diagnosis or indeed cure what could she suggest. Hide the car keys and consider a divorce before it’s too late was the best she could do between the administering of day centres and pills.

The tomato growers in the Clyde Valley had been Martins customers.

The company he had worked for had been out of business for a good few years. Nobody wanted Scottish grown tomatoes any more, the Spanish imports were just as red but much cheaper. Plus of course there were those lax custom regulations. The chance to import some mind enhancing substances was on the agenda.

The big growers had of course diversified into those Garden Centres. Some were of course quite legitimate, others were just money funnels for the Glasgow boys.

Not those Glasgow boys of painting fame of course, just “those” boys.

You know the routine.

–          Bring granny for a wee cup of tea and while you’re at it buy some stuff.
What stuff? No matter, anything will suffice.

–          Can we tempt Sir with a wee umbrella perhaps, black or brown?
Maybe a tartan umbrella or one with that Scottish Saltire emblazoned upon it? No worries Sir, we also have jigsaw puzzles and bird feeders for the back garden. Not that birds can solve the puzzles you understand, but just a suggestion. Always like to help and all that. Milk in that granny tea? A wee biscuit perhaps or just a bill?

–          We have Airfix kits galore, fun wellies replete with frog motifs and golf clothing for the buying. Fancy some nice brown brogues or some bargain publications?

–          We have books about most Scottish subjects. Wallace, Burns and tartan. Clans, Glencoe and tartan. Highland walks, those big mountains and tartan Victoria.

–          Spitfire’s and cuddly cats. Mind those you used to hang off the bedroom ceiling by a thread, the old ones are the best eh? Nostalgia and those Krays.

The money of course often came from dubious sources. The accountants lived in big mansions just off the Bothwell Road.

Right next to those footballers wives spread legs they shovelled it into bank accounts well hidden and well contrived.

When the gun went off, Danny had wondered if all was well. A last chance saloon, maybe a delusion or perhaps a good few too many.

–          Happy birthday ya big gobshite.  Meant to send you a wee card but at 50P a pop for that Post Office stamp stuff, never quite got round to it. Had a few I see, not a problem.

Danny had of course imbibed.

Not best pleased he reflected that Señora McLaughlin was still dead. He reasoned that her ashes were back in that Trinity Cemetery and the  family had grieved appropriately.

The bill for the cremation had been paid, the flight costs had been met and the bar bill had been covered. Well at least until 5pm. So no problem then. No unresolved issues whatsoever.

The gun to the head had been tempered by the drink but in the scheme way of things, the birthday message was unwelcome, very unwelcome in fact.

Another wee sniff might just make all the difference.