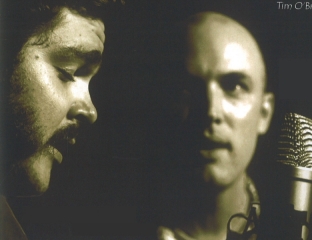 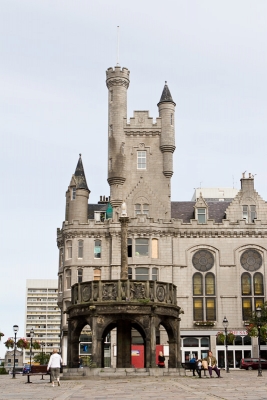 A: By hanging out with smart people!

The Centre For Cities recently reported that Aberdeen is the third-top city in Britain in terms of the proportion of its labour force – 40%  – in possession of degree-level qualifications.   Only Cambridge and Edinburgh, both at 44%, come higher.

The physical proximity of significant numbers of talented, highly-educated people has a powerful effect on innovation and economic growth.   It has in fact been argued that this clustering of talent is the main determinant or ‘driver’ of economic growth, especially in a post-industrial economy dependent on creativity, intellectual property and high-tech innovation.

Those places that succeed in bringing together a diversity of talents accelerate the local rate of economic evolution and progress.   When large numbers of entrepreneurs, financiers, engineers, designers and other smart, creative people are constantly bumping into each other, inside and outside their places of work, business-related and other ideas and concepts are more quickly formed, sharpened up, executed and, if successful, expanded.   The more smart people there are around and the denser the connections between them, the faster it all progresses.

As individuals, we become smart mainly by associating, consorting and interacting with other smart people, ideally from a very early age.   This is why progress has historically been associated with cities, not villages, with university towns in particular, and with seaports – communities open to and interacting with the wider world, not little places buried in the back of beyond.   Nowadays, road connections and access to hub airports may be as or more important.   And the Internet certainly has the potential to make us smarter, by linking us up to and facilitating our interaction with other smart people.

The advent of globalisation, of a single world market for goods and services, has created new opportunities for certain key cities such as can perform the role of a local ‘ideopolis’ or ‘knowledge capital’.   The concept of the ideopolis goes back to the city-states of Renaissance  Europe and not least to the Royal Burghs of Scotland, themselves semi-autonomous city-states, of which Aberdeen itself was an outstanding example, having closer trade and other links with the North European and Baltic seaports of the Hanseatic League, Danzig in particular, than did either Edinburgh or Glasgow .

The modern ‘urban ideopolis’ is characterised by clusters of high-tech manufacturing, knowledge services or soft technology, operating in close association with local universities.   The ideopolis is a regional centre for economic, technological and knowledge-based expertise and development.   Such cities become catalysts for improved productivity in their surrounding hinterland and in the country as a whole.

Key characteristics of the urban ideopolis are:

– A critical mass of higher education resources, particularly of universities and specialist institutions of research and training, e.g., research hospitals, with strong links to business and commercial partners, supported by a high-quality infrastructure of schools and colleges.   Universities attract talented individuals who will often stay around after they graduate; are themselves a major source of income and employment, and help create a progressive, open and tolerant environment and local culture.

– A flourishing tertiary or service sector.   Strong economic clusters in new and emerging activities such as high-tech manufacturing and knowledge services such as health and biosciences, financial services, cultural and sports-based sectors, the media and retailing.

– A good track record of technological innovation and transfer into new areas of activity.

– An entrepreneurial culture; a local tradition of successful entrepreneurship, a vibrant small-firms sector, successful local entrepreneurs and business personalities, a high birth-rate of new businesses and an informed and sympathetic local banking and financial sector.

– A large and diverse workforce, possessed of a diversity of skills.   A large proportion of educated professionals and high-skill front-line service staff.   But such people are sought-after, and are highly mobile from one place to another.   If they don’t like it where they are, they will move somewhere else.

– That elusive concept, quality of life.   Big-city buzz.   A distinctive but internationalised city culture.   Cultural and recreational amenities, often small-scale, grass-roots and at street-level, that talented people really want and will use often, rather than the grandiose and invariably loss-making civic facilities so often provided at huge cost to taxpayers, such as exhibition centres, concert halls and football stadiums.

– Thriving artistic, intellectual, creative and bohemian communities of international repute, open and accessible to the wider population and enjoying a high level of local participation – not just there for the tourists.   A diverse population, a diversity of lifestyles, an ethos of tolerance and inclusiveness, reflected in a correspondingly diverse pattern of economic activity, e.g., shops and restaurants.

– Bold city leadership possessed of a high degree of policy autonomy and a reputation for successful regeneration initiatives, as in New York and London.

In the USA, cities like Seattle, Boston, Austin, Atlanta, Denver and Minneapolis are identified as having ideopolis characteristics.   European cities like Helsinki and Barcelona can also be so described.   Such cities are energised by knowledge, by world-class universities and by industries and business sectors which take their lead from them. 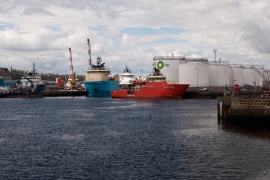 These are ‘connected’ cities, with good inter-city and intra-city communications, which people can travel to, from and within with relative ease.   Such cities are keyed into and energised by the forces of globalisation, picking up knowledge-related opportunities and access to specialist venture capital via their hub airports and excellent telecommunications infrastructures.

The rules of economic development have changed.   The local quality of human capital is crucial.   It used to be assumed that people migrated to where the industries and jobs were.   It is now apparent that the new industries and jobs tend to emerge in those places where there are concentrations of people with the relevant talents, aptitudes and expertise.   The most important ingredients for future economic development are the ideas and creativity of clusters or communities of talented individuals, who are thereby enabled to strike sparks off each other, to energise and inspire each other – the benefits of propinquity and contiguity, as David Hume might put it.

It follows that the cities, regions and nations which will thrive in the 21st century are those most able to attract, motivate and retain such talented, creative and enterprising individuals.   Such places benefit from a virtuous circle, or upward spiral, whereby their existing concentrations of talented individuals render them attractive to many more such talented individuals.   Conversely, those places which fail to attract, motivate and retain such people will go into an inexorable decline.

Many cities continue to pour taxpayers’ money into subsidising call centres, big-box retailers, down-town shopping malls and sports stadiums.   It would be a better use of resources to invest in those lifestyle amenities which people really want and actually use, such as urban parks, bike lanes and off-road trails for walking, cycling and running.   Similarly, our cities are inevitably  undermined by building on out-of-town green-field sites, which leads to an outflow of population.   We should be developing in-town brown-field sites.

Policy for attracting talented and enterprising people, and retaining those already here, needs to focus on who we need to attract, how they can be attracted and what it will take to keep them here.

Research suggests that the most attractive and successful places tend to be characterised by diversity of population and lifestyles, tolerance and inclusivity.   This is not obviously good news for much of Scotland which, relative to the UK as a whole, is characterised by a striking absence of private-sector activity, low rates of economic growth, low business start-up rates, a high level of business failures and, critically, a declining and ageing population.   Scotland tends to lose more people through emigration than it gains from immigration, and, as always, those who leave tend to be the best qualified, the most talented, the most enterprising and the most dynamic.

Joblessness and urban deprivation remain major problems in Scotland’s towns and cities.   Poor health, education, housing and transport go hand-in-hand with unemployment, crime and dereliction and the associated sub-culture of educational under-achievement, alcohol & drug-dependency and a kind of learned or inherited helplessness.   Large swathes of Aberdeen can certainly be so described.

But it can be argued that Aberdeen has the potential to become the Seattle of the UK.   We have the two established universities, other educational and research institutions including the major hospital complex of Foresterhill, the nascent University of the Highlands & Islands, a growing regional population, modern high-speed telecommunications, cheaper and more regular air transport than formerly and a uniquely appealing landscape and natural environment.   These are significant points favouring Aberdeen’s prospects as an urban ideopolis.