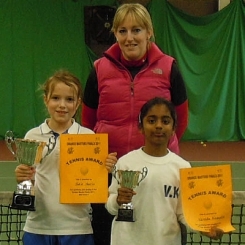 A few weeks back, we carried a short piece on the proposed and controversial Third Don Crossing.

Voice’s David Innes has been in contact with Tillydrone Community Council’s chairman Ross Grant to gauge opinion on the city side of the river.

It’s been well-reported that Tillydrone Community Council is opposed to a development that many see as being of benefit to commuters on the north side of the city. Community Council Chairman Ross Grant explains:

“We’re vehemently opposed to the Third Don Crossing proposal not just because of the massive detrimental impact it would have on our own community, but because we’re convinced it won’t alleviate traffic congestion, only encourage traffic further into the city causing even greater jams and increased air and noise pollution. It does nothing to increase use of alternative modes of transport.

“These aren’t just our views – they’re shared by the community councils of Old Aberdeen, Rosemount and Mile End, Froghall and George Street. Parent councils, the Aberdeen University Student Council, the Grandholm Village Residents’ Association and an increasing number of Danestone and Bridge of Don residents feel the same way.”

To the accusation that Tillydrone’s opposition is mere NIMBYism, Ross bristles visibly:

“I hate reference to cases like this as NIMBYism. Nobody denies that this proposal would ravage Tillydrone most, but it would have a significant detrimental impact on communities further afield, including Bridge of Don and Danestone.

The City Council hasn’t displayed best judgement on a growing number of issues, so why should we trust their judgement on this proposal?

“Our argument has always remained consistent – dual Persley Bridge, the Parkway and Mugiemoss Road. Most importantly, first address the Haudagain roundabout situation by constructing a flyover. These measures would allow a far smoother traffic flow to, from and through Bridge of Don and from the A96 and A947. Furthermore, if the City Council committed itself more to alternative modes of transport, including reliable, affordable and user-friendly bus services, car-sharing, cycling, rail and walking, these would reduce traffic levels. That’s the right way to address the problem and few people would argue against it. It’s not NIMBY; it’s a sensible and practical response which the City Council seems unable to understand. Put simply, Councillors – address the current problems, don’t add to them by building a Third Don Crossing.”

This is all very well-argued, Voice agrees, but how does Tillydrone Community Council and other supporters spread awareness of this well-founded viewpoint to those who are unsure about the proposal or who have already swallowed the pro-Crossing propaganda?

“Don Crossing Communities Alliance members have never hidden away from engaging in the debate. We recognise that there’s a problem with traffic congestion, and sympathise with the residents north of the Don, but this proposal isn’t the answer, no matter what some people think. We’ve worked hard over the past year to raise awareness of our campaign and have an increasing number of sympathisers. The City Council hasn’t displayed best judgement on a growing number of issues, so why should we trust their judgement on this proposal?

“We’re always happy to hear from people, and welcome correspondence with anyone interested. Our website is www.donsidecommunities.com and we often organise public events to involve people.

“On the bright side, I do think that publicity for our case in Voice has come at a relevant time considering that the Council has called a special public hearing into the proposal and it’s a hot topic of debate as a result” 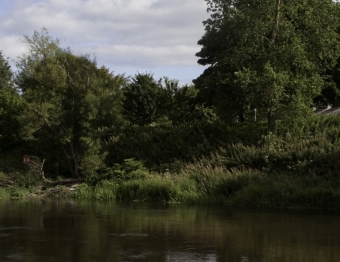 The Don Crossing Communities Alliance, whose members are opposed to the proposal to build a third bridge over the Don between the Parkway, Danestone and Tillydrone, is holding a Riverside Picnic on Saturday September 4 at Tillydrone Community Centre, Gordon’s Mills Road.

Ross Grant, Tillydrone Community Council Chairman has urged all sympathetic citizens, or those who would like to visit an area not often included among the city’s beauty spots, to “feel free to come along and see Tillydrone’s best kept secret in the beautiful Don Valley”. Bring your own food and refreshments and visit anytime between 10am and 2pm. Local experts will be on hand to answer questions and to show picnickers around the area, currently under threat due to the Council’s controversial proposal.