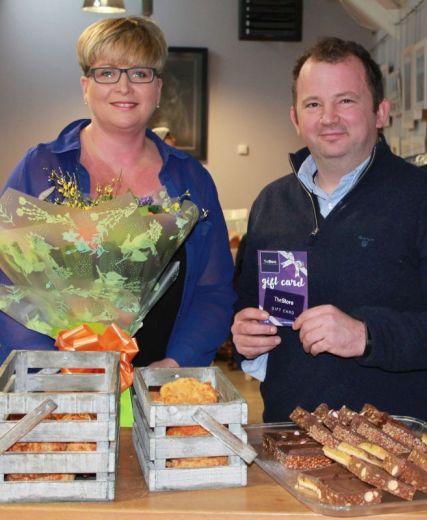 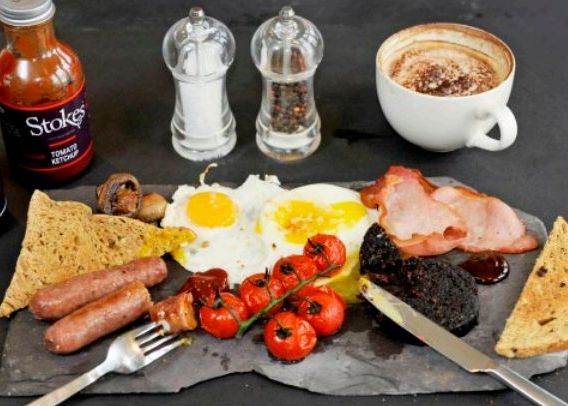 An Aberdeenshire business is looking to reward one inspiring NE individual who has gone above and beyond for their local community in 2016. The Store, a farm shop, deli and coffee shop based in Foveran, near Ellon, has launched a campaign to find the North-east’s most hardworking good samaritan, so that they can receive an extra special start to the New Year.

The family-run business is encouraging the public to nominate one person they believe has regularly gone out of their way to help their local community and deserves to win £100 of vouchers for The Store.

Since it first opened in 2000, The Store has been dedicated to sourcing and supplying only the finest local produce that the area has to offer. The winner of the campaign will have a wide variety of high-quality products to choose from, ranging from meats and groceries to artisan cheeses and delicious cakes.

Owner of The Store, Andrew Booth, is hoping that the campaign will help draw attention to the countless acts of goodwill that happen regularly across the North-east, and that other local businesses will also show recognition to those who have gone out of their way to help others.

“Christmas and New Year is the season of giving, so this is our way of saying thank you and giving something back to somebody who always puts their community first.

“There are some truly inspirational people out there, who dedicate all their free time to local causes and people in need. Unfortunately, we can’t reward everyone who is nominated, but we hope that our small gesture will give a deserving individual a nice treat to start 2017.

“It’s because of these Good Samaritans that the spirit of local community is kept alive and it’s important that they are recognised for all their hard work. I’m looking forward to reading through the nominations and all the selfless acts of kindness that have taken place over the past year.”

To nominate someone who deserves to win £100 of vouchers from The Store, then email their name, the reasons why you’re nominating them and their contact details to gemma@frasermedia.co.uk. Entries close on Wednesday 4 January and the winner will be announced on Friday 6 January. The terms and conditions can be found on www.thestorecompany.co.uk. 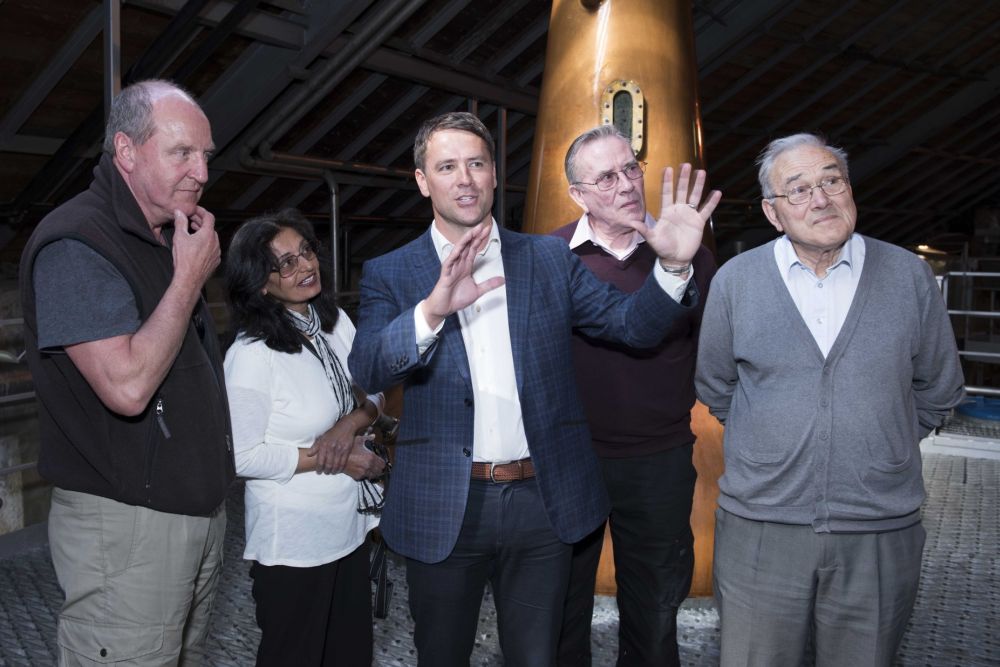 A former England footballer has experienced the world-famous Spirit of Speyside Whisky Festival for himself – with a visit to a distillery that has taken part in the dram-fest for the first time this year.

As a global ambassador for SPEY whisky, Michael Owen called in on its spiritual home, Speyside Distillery, on the closing day of the 2015 festival.

Since retiring from professional football, the star – who played for Liverpool, Real Madrid, Newcastle United, Manchester United and Stoke City – has been the face of SPEY whisky in the Far East.

But while Michael is familiar with the deluxe malt, he is a newcomer to the whisky festival, just like the distillery itself.

It is the first year that the small, boutique distillery, has joined in the five day programme, sharing its secret by opening its doors to a series of exclusive tours hosted by distillery manager Sandy Jamieson.

Michael surprised visitors on Monday (4th May) by dropping in on the celebrations, during which dozens of whisky lovers have been able to get a rare glimpse behind the scenes of the distillery.

“You can tell that these people are very passionate about whisky, and it has been a great experience to see them learn more about SPEY and the distillery where it is created.”

“Michael has become a familiar Brand Ambassador for SPEY in Asia therefore I am delighted that Michael has joined us during the festival to raise awareness of the SPEY brand among lovers of whisky both in the UK and other parts of the world.” 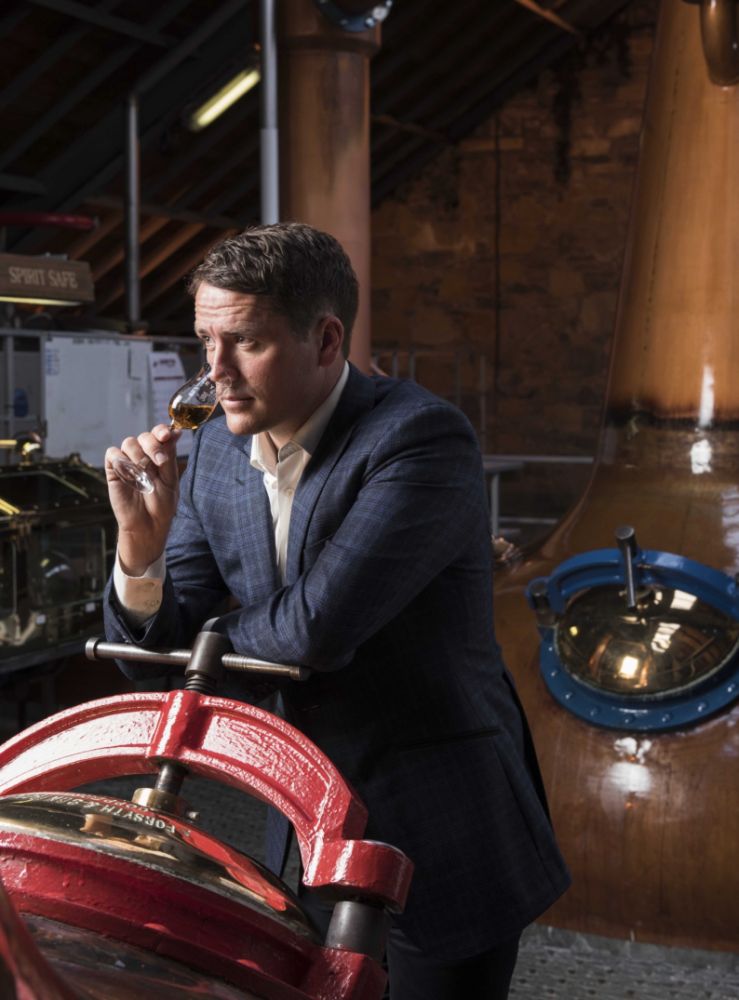 Nosings and tastings from four specially selected single malt expressions with varying vintage and cask finishes have been led by Sandy, who has a wealth of experience in the whisky industry.

The distillery has also had Aviemore-based Joanna Miller who specialises in print making and screen painting as its artist in residence, and linked up with the nearby Strathspey Steam Railway to offer visitors on-board nosings and tastings served alongside afternoon tea over the festival weekend.

By joining this year’s programme, Speyside Distillery, located near Kingussie and set against the backdrop of the Cairngorm mountain range, has extended the reach of the festival, becoming the most southerly distillery in the region to take part.

Spirit of Speyside Whisky festival chairman James Campbell is delighted that Speyside Distillery has come on board this year and helped expand the mix of events and establish new partnerships.

“The continued success and appeal of the festival depends upon being innovative, creative and of course having support right across the industry in Speyside.

“We warmly welcome Speyside Distillery as a new partner this year and look forward to these friendships and links thriving in the future.”

John Harvey McDonough, CEO of Speyside Distillery, is confident that the distillery’s connections with the festival will develop and grow.

“We are thrilled that Michael, a true icon of international football as well as a great family man, is able to visit SPEY while the whisky festival is in full flow.

“We’re very pleased to be part of an internationally renowned festival that does so much to celebrate the industry and its heritage, its people and of course its produce.”

The 16th annual festival drew to a close on Monday, having featured a packed programme of over 400 events, with music, crafts, food activities running alongside a wide range of distillery tours and tastings. Some distilleries, like Speyside, have been open to the public for the first time in their history.