The warld it his fair geen gyte
“Gyaan tae the dogs” comes tae myn
Meybe a canna use ess phrase?
In case a offend some puir canine

Donald he cam fae oot the sky
An ti oor bobbies wint in bye
Askin they aa did his biddin
Fowks the mannie wisna kiddin!!

The fowk faa work in MacLeod Hoose
Are feart that vandals are on the loose
Wull Dod Sorial an aa Trump’s posers
Be shoutin “Donald Faar’s Yer Rozzers?” 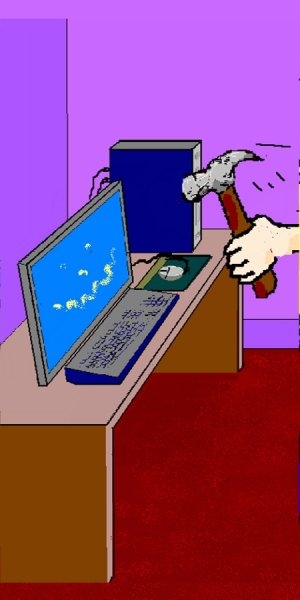 Doon an doon the GB’s wint
Till I wis near despair
I punched in iss, I punched in aat
An tuggit oot tufts o hair