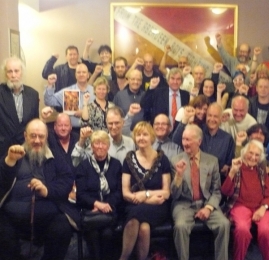 Scottish Novels of the Second World War – by Isobel Murray

For individuals (OK, OK, generally men) of a certain age, the Second World War holds an enduring fascination. For the Voice’s David Innes, this certainly rings true and when there’s a book written and launched on the effect of the War on one of his other passions, Scottish literature, he’s among the first in the ticket queue. 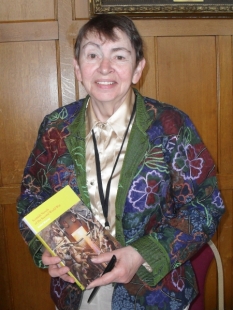 Aberdeen University’s WORD festival has previously offered strong attractions, but I’ve either been too busy or too slothful to organise attendance at its impressively-wide range of events in the past. Not so for the launch of Isobel Murray’s latest book, Scottish Novels of the Second World War. Scottish fiction AND that conflict? My attendance was guaranteed, even at 11am on a Sunday.

The University’s Multimedia Room was sold out as historians and fiction aficionados mixed to hear what insights the author had to offer in this hitherto little-explored area.

Familiar names – Naomi Mitchison, Robin Jenkins, Eric Linklater, Jessie Kesson and Compton MacKenzie – were discussed alongside lesser literary lights who had written about the War. Fred Urquhart and Stuart Hood, for example, were new literary names to almost all audience members. For some authors their writing was autobiographical, for others almost wholly fictional, several written in real time during the conflict but others more modern, with experience and emotion allowed to mature and distil before crafting and publication.

The one criterion Isobel Murray applied in writing Scottish Novels of the Second World War was that the authors had to have been adults during the 1939-45 period, thus able to articulate the hopes, fears, discomfort and hardship they experienced and by those with whom they shared time and place, whether or not in uniform. For some featured authors, the war was to be the second global conflict in their lives.

Backgrounds to the authors revealed that they viewed the War through different prisms, some fearing the threat of communism from the menacing east as much as they abhorred the fascism of Hitler and Mussolini.

Jenkins was a conscientious objector, as was Urquhart. Background affected their writing to differing degrees, and in Compton MacKenzie’s case, his Hebridean Home Guard tales set on the island of Todday, are affectionately comic despite the potential severe consequences of the voluntary local defence’s ill-preparedness. Of course, as some sort of governmental writer-in-residence, MacKenzie’s fiction was obliged to end happily to maintain civilian and military morale.

Not only did the author give an overview of her research and read illustrative and illuminating passages from the original texts, she went to some length to help those who will now seek rare and out-of-print texts to enhance their historical perspective of a series of ever-fascinating political and military turning points of the last century.

This is all a far cry from the jingoistic playground games of British and Jerries or Japs, and the Commando comics’ “Banzai, I die for my Emperor!” , “Achtung Schpitfeur!” and “Cripes Skip, bandits at 12 o’clock!” we Sixties kids devoured as war fiction, which in all probability turned many of us into obsessives seeking new perspectives and truths.

Scottish Novels of the Second World War itself looks fascinating and insightful. It is published by Word Power Books, whose ethos chimes sympathetically with that of Aberdeen Voice, making it all the more worthwhile.