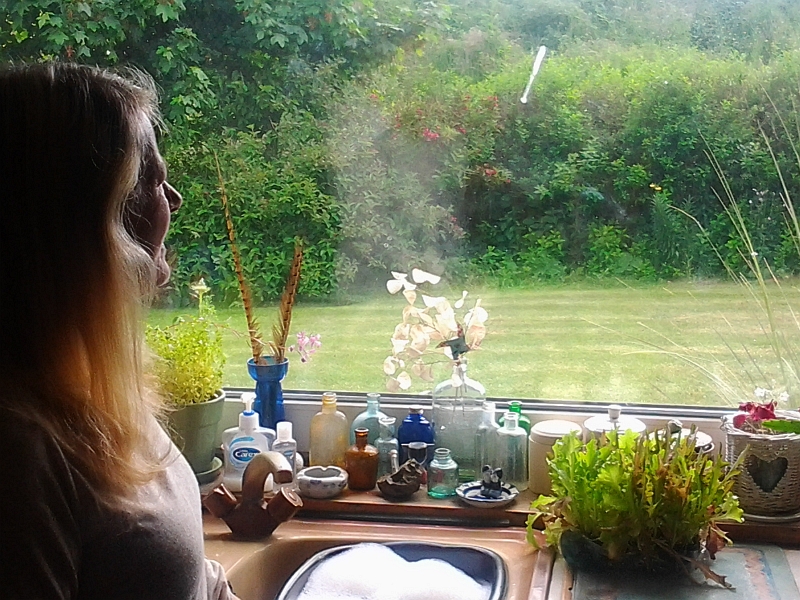 Since the arrival of the Trump organisation at the Menie Estate in Aberdeenshire, the provisions of the Scottish Outdoor Access Code have been at best selectively enforced, at worst ignored.  Security and greens keeping staff stop residents and visitors, gates have been padlocked shut, excluding anyone who wishes to exercise their rights but who has mobility issues.  Suzanne Kelly contacted the Shire’s access officers in February to remedy this problem, to no avail, leading to her complaint to the SNH, which is responsible for the Code. 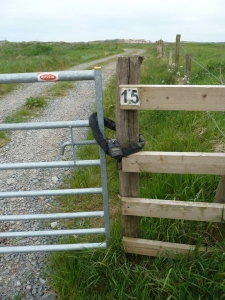 The Scottish Outdoor Access Code gives everyone the right to access the countryside for recreational purposes, so long as they respect property and abide by the code, closing gates securely behind them, ensuring litter is taken away, and so on.

Particular rules for golf courses specify behaviour such as ensuring dogs are kept on short leads, and play is not interfered with.

The Code should be viewed and understood by landowner and visitor alike.

It is accessible here:  http://www.outdooraccess-scotland.com

Whether the Trump organisation or its local Vice President Sarah Malone-Bates, wife of Press & Journal Editor Damian Bates, have taken the Code on seems doubtful.

The catalogue of incidents where this code has been blatantly disregarded is a large one. Highlights – or rather lowlights include:-

Attempts to have the Code enforced since February produced no effect. The two Aberdeenshire access officers were put on notice that if there was no improvement by the end of June, a complaint would be lodged, which has been done both with the Shire and Scottish Natural Heritage.

Two gates on Leyton Farm Road remain locked at all times; one by the large gate between the Trump parking area and the road, and one at the other end of the road slightly set off the road on the West. 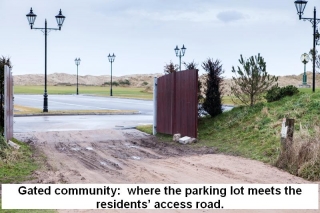 A long-standing right of way used by residents of the Forbes property was locked shut permanently as well, preventing Michael Forbes from taking his boat to the water, as had been allowed for decades previously.

It is understood Forbes was threatened by the police should he make any attempt to use this gate.

Additionally, there seem to be deliberate attempts to plant gorse on rights of way as documented by others.

Earlier this year, one of the access officers indicated they were meeting with local residents; but as it transpired, such meetings excluded the very residents who have been harassed while trying to exercise their rights.

A form was provided to be used for visitors and residents to make complaints; the form asks for details of whether the complainant contacted the Trump organisation.  It would be a brave soul indeed who would confront an organisation fronted by one of the world’s most litigious billionaires, whose employees have acted in an manner considered intimidating on occasion.

Clearly there is something amiss with this procedure and philosophy.

Why a form should be needed in order to complain about situations such as locked gates – situations which could easily be verifiable by relevant officers – in order for the Code to be enforced is a mystery, and in this set of circumstances it is unacceptable.

Using this form would make a person, particularly a resident, feel even more exposed – yet the people who are breaking the Code in the first place are free to do so with no apparent appropriate intervention.

A detailed set of questions and comment from the officers can be found here:   http://menie-estate-report.yolasite.com/

The last contact with the Aberdeenshire officers on 11 June; they were advised that if there were no improvement by the end of June a complaint would be made.

The Shire council spokesperson has commented:-

“We can confirm we have received a complaint regarding public access on land at the Menie Estate.

“Under the Land Reform (Scotland) Act 2003, the public have the right to take responsible, non-motorised access to cross over the golf course. This excludes the tees and greens and should not prevent play.

“Discussions will continue with the Trump Organisation about public access through the estate. This will include concerns about unauthorised vehicular access and locked gates.

“We will investigate the complaint in line with our usual procedures and will respond as appropriate.”

Aberdeen Voice will keep readers advised of any progress.