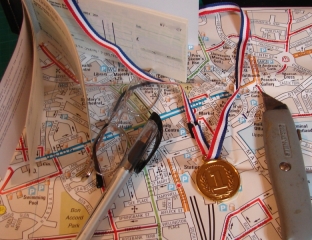 It’s not every day that a community is fortunate enough to have a leading international businessman and multi millionaire as one of its native born citizens and it’s even rarer for a city to benefit from the overwhelming generosity of such a person.

So Aberbonkle is, indeed, privileged to be able to count Sir Nicky Tam, who has pledged part of his personal fortune to the city, as one of its sons.

As is so often the case with amazing people of the calibre of Sir Nicky, he wants very little in return for the money he has promised other than to see his vision fulfilled.  So when I was approached with the suggestion that I meet with the great man to find out a bit more about the project, I was overjoyed.

And so it was that I, a humble hack, found myself in the great man’s office listening to his wise words about the city’s future and his vision of a metropolis that would have people from all over the globe descending on Aberbonkle to marvel at its beauty and foresight.

Sir Nicky, however, is clearly a pragmatist and does not try to ignore the fact that some sections of the public have criticised his dream.  He accurately, in my opinion, puts this opposition down to envy and the fact that many of his critics lack the facility to embrace change.

“Change is good’, he says, “but there are too many folk out there who are frightened of it.

“I didn’t get where I am today” he continues, “without being able to change things to the way I want them.  To the way that I know they should be”.

I ask him how his detractors can be brought onside and he laughs.

“Well, that’s not really my problem”, he rightly says, “it’s down to the Council to sort that one out.  I’ve told young Sean Duart that I have a vision and that I’m prepared to put some of my money into funding it.  Convincing the Council and the people of Aberbonkle that I’m right is up to him”.

And what, I ask him, is his vision.

“My vision,” he says, “is to have an iconoclastic city centre for Aberbonkle.  One that will attract people from all over the world to come and marvel”.

Somewhat churlishly, perhaps, I ask him what exactly his vision is

“I think I’ve outlined that”, he says, “an iconoclastic city centre that will attract people from all over the world.  The actual nature of it will develop over time and may mean destroying parts of the city to which some of our citizens have cultivated a ridiculous attachment.  But these doubting Thomases need to sharpen up their thinking and realise that change is inevitable.  Change is coming!  Change is good!”

I ask him how he answers the claim made by some of the anti lobby that change is only acceptable where it results in an improvement in what is already there.

“Change,” he says, “is always good.  How do you think I managed to build up my business empire into what it is today?  Change, that’s how!  Changing little minds to my way of thinking in order to move forward and prosper!”

And what happens, I ask, if it turns out that the change he envisages is not as beneficial as he anticipates.

Sir Nicky ponders this for a moment then, fixing me in the eye while a gentle smile plays at the edges of his mouth, states that he has always been a man of compromise and will happily accept any criticism that may be levelled at him.  But, he adds, no-one has yet managed to convince him that anything he has ever done was not for the best.

“I am somewhat cursed”, he continues, “by the ability to never be wrong.  Everything I do is always right although, regrettably, there are some less fortunate people who are unable to see that I am always right.

“Thankfully, the people who count can see that I’m right and, even if they do not have a full understanding of my ideas, they have the good sense to back them”.

But how, I ask him, does he answer those critics who say that his vision for Aberbonkle is misplaced and will be detrimental to its historic city centre.

“I think I answered that already”, he replies betraying a slight irritation, “when I said that those people who count know that my vision for Aberbonkle is the right one”.

“So those who disagree don’t count?” I ask.

He pauses before favouring me again with his beguiling smile.  “If that’s the conclusion you wish to draw”, he says “that’s entirely up to you”.

I thank him for his time and his frankness, we shake hands and I feel a thrill run through the whole of my being as I realise that I have just experienced the privilege of spending time with one of the great men of our age.

I had arrived early and not a little nervous at Dundee’s Trocadero Restaurant to interview a man who has been a Scottish legend for over sixty years.  My anxiety however, owed more to his reputation as a hell-raiser and the countless stories of his encounters with fellow journalists, in which the denizens of the fourth estate had unfailingly come off second best, than to his celebrity status. 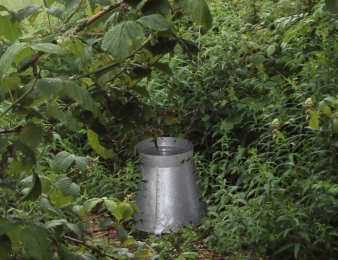 I also expected – and secretly hoped – that, again in line with his notoriety, he would fail to show, or at least arrive so late (and so inebriated) that any interview with him would be impossible and I could escape the feared ordeal while still retaining a degree of credibility.

It was not to be.  At exactly one o’clock (as arranged) a rather distinguished silver haired man, wearing a black Armani suit and a pearl grey collarless shirt, entered the restaurant and almost glided up to my table.

A warm smile spread across his tanned face as he held out a friendly hand in greeting.  “William McCallum,” he said in a soft, transatlantic voice, “Pleased to meet you.  Please, call me Bill”.

As I took the extended hand, I found it hard to believe that I was face to face with the famed “Oor Wullie” of my Sunday morning childhood and, more to the point, that I was here to interview and have lunch with him.  “They tell me the langoustine are excellent here”, he almost whispers.  “I’m almost vegetarian these days – certainly no red meat, but I still eat the occasional chicken and I absolutely adore fish”.

Suddenly my previous apprehension has disappeared and I’m unexpectedly enjoying the experience of sitting in one of the swankiest eateries this side of Watford Gap with the most famous man in Scotland.  “Don’t be frightened to ask me anything you want”, he invites, “I’ve learned to confront my past and nothing can hurt me any more.  The way I see it”, he says, taking a sip of Pellegrino, “what was happening back then was happening to Wullie, not to Bill McCallum.  All these stories about my debauched lifestyle that was just …”, he looks away for a moment, searching for the right word, “… mince!”

“Ah, Primrose”, he whispers wistfully, “we’re still very close.  I’m godfather to her youngest boy and often visit she and her husband at their home in Luss”.

“But… the parties and the gangland connections – put it down to being a daft boy.  I was a daft boy, after all.  I mean, I came from a working class background and was suddenly catapulted into the limelight at the age of nine – what kind of chance did I have?  In some ways, it was my own personal zeitgeist, if that doesn’t sound too much like some sort of aphorism”.

“Still”, he says, “things didn’t work out too bad in the end.  I bought my parents a place in Millport where they saw out their years and I’ve got myself a fairly decent place in Provence….And all these stories. Well”, he smiles, “a lot of these were made up by the press, especially the paper I used to work for”, he winks, “But I’m not allowed to mention the name of that – it was part of the court settlement”.  I nod.

“Murdoch!” he laughs, “I could tell you a few tales about him, all right!  I hope you were never taken in by his avuncular – what’s the word we used to use? – couthiness!  Bent as a bloody trombone that one.  It was his partner Trevor I used to feel sorry for.  Old Trev would sit up waiting for him ’til the early hours while the bold boy was out trawling round the gay bars, picking up every bit of rough that took his fancy. I used to tell him that he was being unfair to Trevor, but he just used to laugh.  ‘Ooh, you’re so masterful when you’re angry, dear heart’ he used to say.

“At least old Trev did all right when Murdoch passed on.  Left him everything in his will and he bought a nice little bungalow out at Brought Ferry.  Lives there with his cats.  I still visit him occasionally when I’m in the country”.

“Sure”, he says, “I still see them from time to time although, admittedly, not so much now.  You wouldn’t recognise Boab these days”, he sighs, “He’s almost anorexic, went on some fancy diet and the pounds just dropped off.  Doing well for himself too.  Has his own business, a big house and nine grandchildren.

“Wee Eck’s another story altogether”, a pained expression appears on his face, “he was the unlucky one.  I managed to kick the drugs and the booze, but Eck…”, he shakes his head.

He brightens, “Ah Soapy, he was the luckiest of them all.  Stayed on at school, went on to university, then changed his name and went into politics.  Did very well too”.

I ask him what Soapy’s name is now.

“Ah“, he says, tapping the side of his nose knowingly, “that would be telling.  Let’s just say he‘s working in Edinburgh now and you‘d know his name if I told you”.

“So everything worked out OK in the end?”, I ask.

“Oh, yes, everything worked out in the end”, he says.

As I slip the car into gear and start to head out of Dundee on my journey home, I suddenly realise that I’ve just been in the company of one of Scotland’s national treasures and not only have I survived it but I’ve enjoyed every minute and found it a strangely humbling experience.