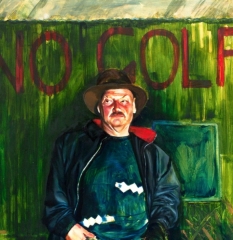 Trump vs. Forbes – An exhibition by David McCue

David McCue, a Glasgow based Artist, unveiled some of his latest artwork this week at the Mill of Menie Farm, situated in the heart of the Menie Estate in Aberdeenshire. His work examines and explores “the ongoing psychological battle between American billionaire Donald Trump

and Michael Forbes, the farmer.”(1) END_OF_DOCUMENT_TOKEN_TO_BE_REPLACED