The black calendar of Aberdeen’s civic history has a new entry: 2nd March 2012, the day that its citizens, evident sufferers of apathy and myopia, handed both its natural heritage and its economic future to a cabal of businessmen.  Arthur Taylor writes. 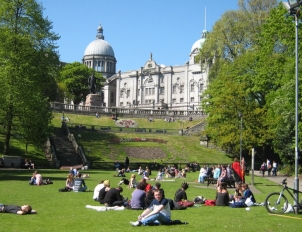 The fight to retain and improve Union Terrace Gardens hit the buffers on that day when the public – or rather 27.5% of them – voted to support the plans to destroy this unique piece of the city’s heritage and replace it with a concrete monstrosity – presumably confused by the smoke and mirrors of the PR campaign which branded it “The Granite Web”.

Whether the battle turns into a war, protracting the debate, and driving further wedges between parties already badly divided, remains to be seen, but it is hard to see a rapid healing of the wounds that this process has created.

It is also difficult to stop the passion that fuelled the Retain campaign from dissipating, before all avenues of challenge are exhausted against a process labelled as democratic – but which in reality has been anything but that.

What is clear is that events from 2008 to now should be reviewed and recorded for posterity, so that future generations when looking back can seek to understand a number of things:

Not that this was a revelation: Friends of Union Terrace Gardens had identified the risk months before, but their claims were played down in the media.

The last two months have seen a referendum conducted by a returning officer who sought to have the campaigns run to a fair set of rules.

While it appears that the retain groups stayed within their £8000 budgets, the pro groups – aided and abetted by the collaborators in the local media – spent an estimated £1,000,000 to buy the votes of the people of Aberdeen. Their cynical campaign saw radio adverts dressed as public information broadcasts, and a drip-fed daily editorial in the local press, with each day’s evening paper offering more extravagant promises than the last, as part of a fawning hysterical clamour.

That the retain groups, variously composed primarily of grey-haired men, beardies, tree-huggers and an enthusiastic schoolboy, ran the referendum right to the wire, losing by such a slender margin, is testament to their energy, enthusiasm and resourcefulness. That they did this against a campaign co-ordinated by the BIG Partnership, Scotland’s largest PR agency, is little short of a miracle.

The public need a source of true facts rather than propaganda dressed as objective reporting.

That said, there have been two positives to emerge from the press coverage of the campaign: the amusement derived from watching the Evening Express contorting itself like an India-rubber prostitute in a bid to champion the development, while not entirely abandoning its habitual council-baiting; and the emergence of the STV Local site as a place where all parties can present their voice without editorial bias.

It is hard not to see the future of local journalism as lying in hyper-local online spaces, as counterpoint to the shrinking of print to the point of complete insignificance.

the dead-eyed, gape-mouthed novelty-seekers who lurch zombie-like through the malls

Returning to the proposed development itself, it should be remembered that Union Terrace Gardens is the only part of the city where one can see the original topography of the land on which the city is built.

Sadly the local authority in the last century has allowed almost all traces of the city’s history to be erased like some embarrassing legacy instead of retaining and celebrating its character. Compare this with Edinburgh’s old town or York’s centre.

We are now confronted by the effacement of the final part of our history in order to satisfy the dead-eyed, gape-mouthed novelty-seekers who lurch zombie-like through the malls that have brought about the systematic homogenisation of the city centre and obliterated all individuality and character.

If we do not continue to challenge this proposed act of civic vandalism, by:

then we should at least ensure that we record for posterity the names of the businessmen who proposed this vanity project; note the politicians and faceless unelected quango-ists who eased its path to realisation; and ponder the many, many idiotic consumers who swallowed the hype, without challenge or analysis.

If we do nothing else, we should record those names on the black calendar’s page for 2nd March 2012. 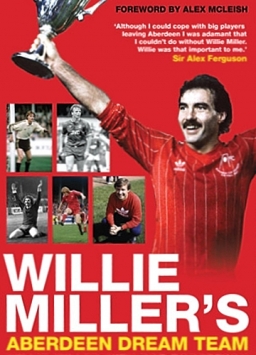