Take the plot of a 1968 Italian-shot slap-stick Hollywood sex-comedy, add in a big bunch of ABBA hits and what have you got? That would-be Mama Mia! of course.Duncan Harley reviews. 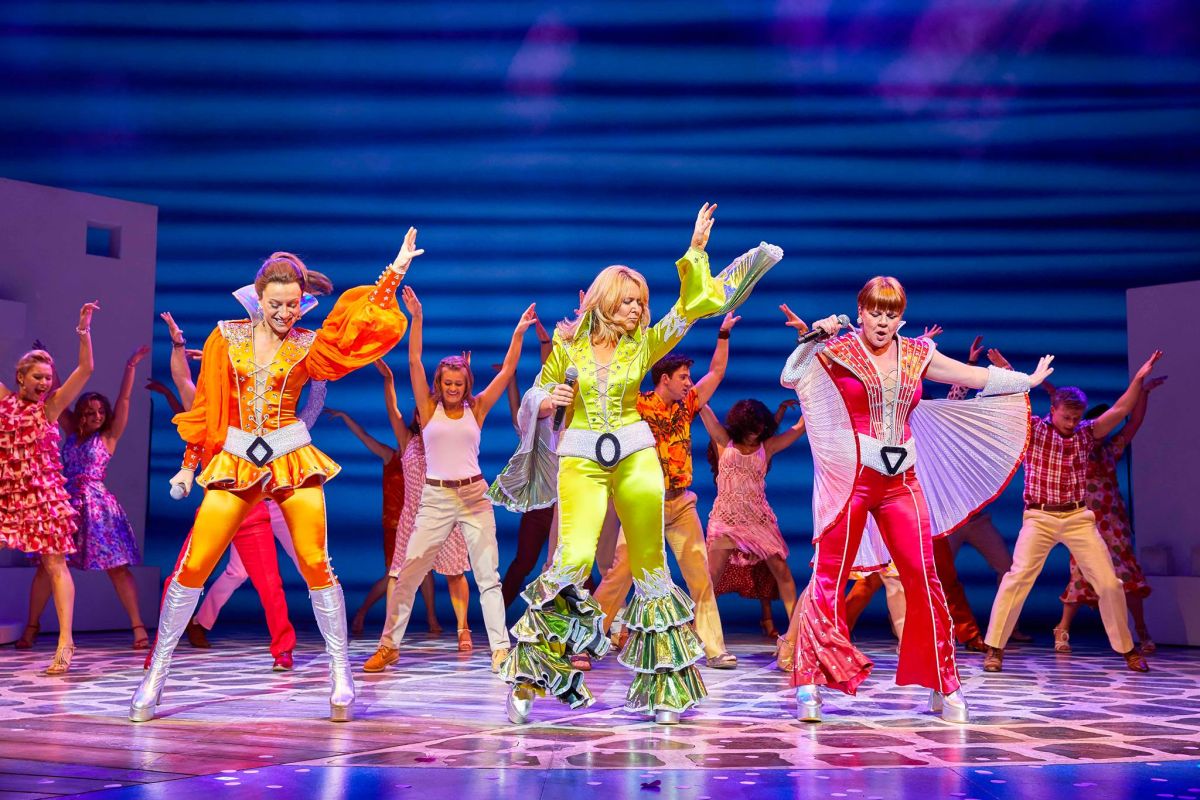 The original Hollywood story-line involved Gina Lollobrigida as Italian housewife Mrs Carla Campbell who, following a short but ultimately successful war-time tryst with three US servicemen, tries to frantically to maintain a cover story which has led to three separate sets of child-support winging their way across the Atlantic for the past 20 odd years.

The film was titled Buona Sera Mrs Campbell, Carla Campbell was named after a famous soup brand and the alleged fathers included Phil Silvers and Telly Savalas. You really couldn’t make it up.

Mama Mia! the Musical of course is set in the 70’s, involves a bunch of liberated ex-back-packers reunited at a Greek wedding and, instead of highlighting benefit fraud, focuses more on female emancipation and freedom of action. Laudable sentiments indeed.

Basically, the musical begins on an Aegean Island. Single-parented child Sophie Sheridan, played by Lucy May Barker, is due to marry fiancée Sky but has no dad to walk her down the aisle. Fortunately, Mum’s secret diary has been compromised and bride to be Sophie has invited three paternal candidates – Sam, Bill and Harry –  to the wedding. Seemingly dads in Sophie-world are like buses, you don’t see one for a couple of decades and then they all come at once.

Unfortunately, ex-pat taverna owner mum, Donna –  Helen Hobson – is not amused. Elements of farce follow; closely interspersed with a jukebox-full of Dancing Queens, Super Troupers and Voulez-Vous. Unsurprisingly, the wedding does not go off as planned.

Entertaining from the word go, this colourful and extravagantly costumed musical punches high. Fans of high-heels, wide-flares and Lycra will not be disappointed. Nor will aficionados of dancing men in dresses or indeed dashingly athletic men in wet-suits and flippers. 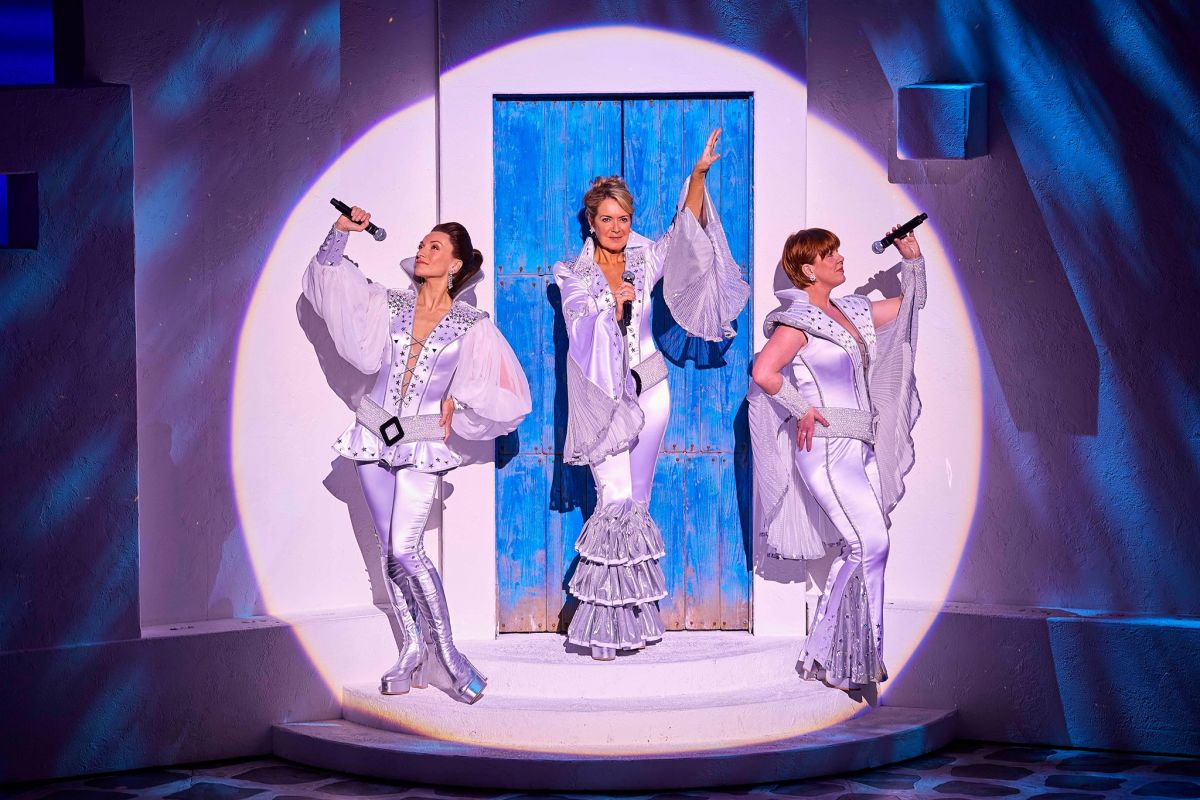 Yes, there is an occasional bumpy moment where the transition between the dialogue and the musical numbers appears just a smidgen contrived and yes there is that panto-land-parody climax where everything really seems awfully rushed and everyone is suddenly getting hitched.

But in the big scheme of things this is simple good old-fashioned entertainment on a grand scale and it works surprisingly well.

Jukebox-wise, the show squeezes in around twenty Benny and Bjorn numbers. Super Trouper, Take a Chance on Me and Dancing Queen vie with Thank You for the Music, SOS and Winner Takes It All for prominence alongside that ABBA classic Mamma Mia.

The Broadway version of Lollobrigida’s Buona Sera Mrs Campbell seemingly stalled at the box-office but no such fate awaits the touring version of Mama Mia!
This is a show which will have you rummaging frantically through your cupboard looking for those long-lost dancing shoes.