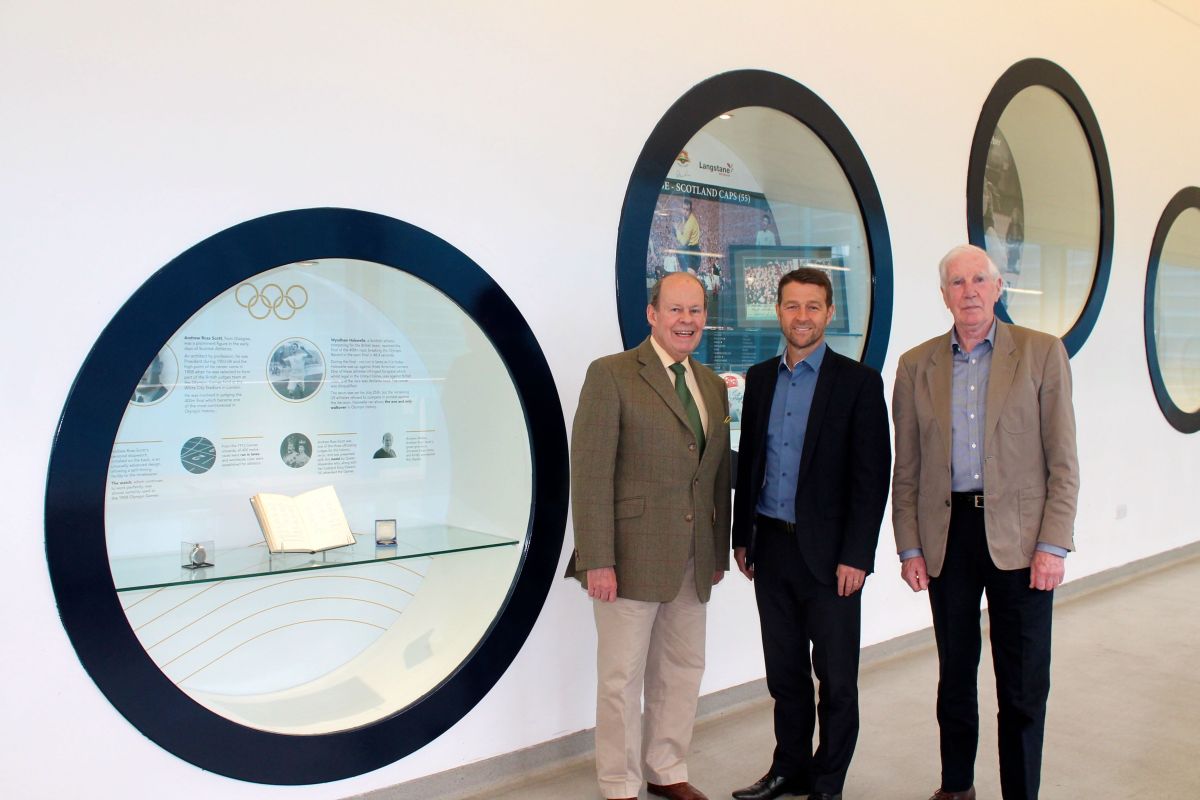 Aberdeen athletics coaches gathered at a leading sports facility this week to celebrate the work of an early 20th century sporting official at a unique historical presentation.
Aberdeen Sports Village, based on Linksfield Road, held the opening ceremony in honour of the work of Andrew Ross Scott (A R Scott), a former Scottish Athletics judge.

Mr Scott was a Scottish Athletics official for over 15 years, taking on the role of president of the organisation in 1903. The Summer Olympics of 1908 was to take place in Rome, but due to an eruption of Mount Vesuvius, the venue was changed to London, with each of the UK nation’s supplying officials.

The final of the 400m was declared void due to elbowing, and the final was rerun with only one runner, after the other athletes refused to take part. Wyndham Halswelle, a Scot, ran the race to win gold, becoming the only athlete ever to win an Olympic gold medal by a walker. A Ross Scott was one of the judges for the rerun.

Mr Walker was given his great grandfather’s memorabilia by his mother, and approached a current Scottish Athletics coach, Alex McGregor to find the best way to display the unique pieces. Mr McGregor decided to approach ASV, having run on the original Linksfield Stadium ash track as a boy over 60 years ago.

Several seasoned officials from Aberdeen Athletics Club met Mr Walker to hear the unusual story, which is now on display in a specially produced pod at ASV.

“The story of A Ross Scott and Wyndham Halleswelle is unique, and so we are delighted to display the beautiful timepiece, book and medal at our facility. It is fascinating to hear about sporting endeavour from over one hundred years ago, and it was a great pleasure to meet with so many experienced judges and coaches who came to welcome Mr Walker to Aberdeen.”

“The display pod is everything I could have wished for. My mother and my great grandfather would be very proud to be part of this tremendous facility, encouraging young people to achieve their best.”