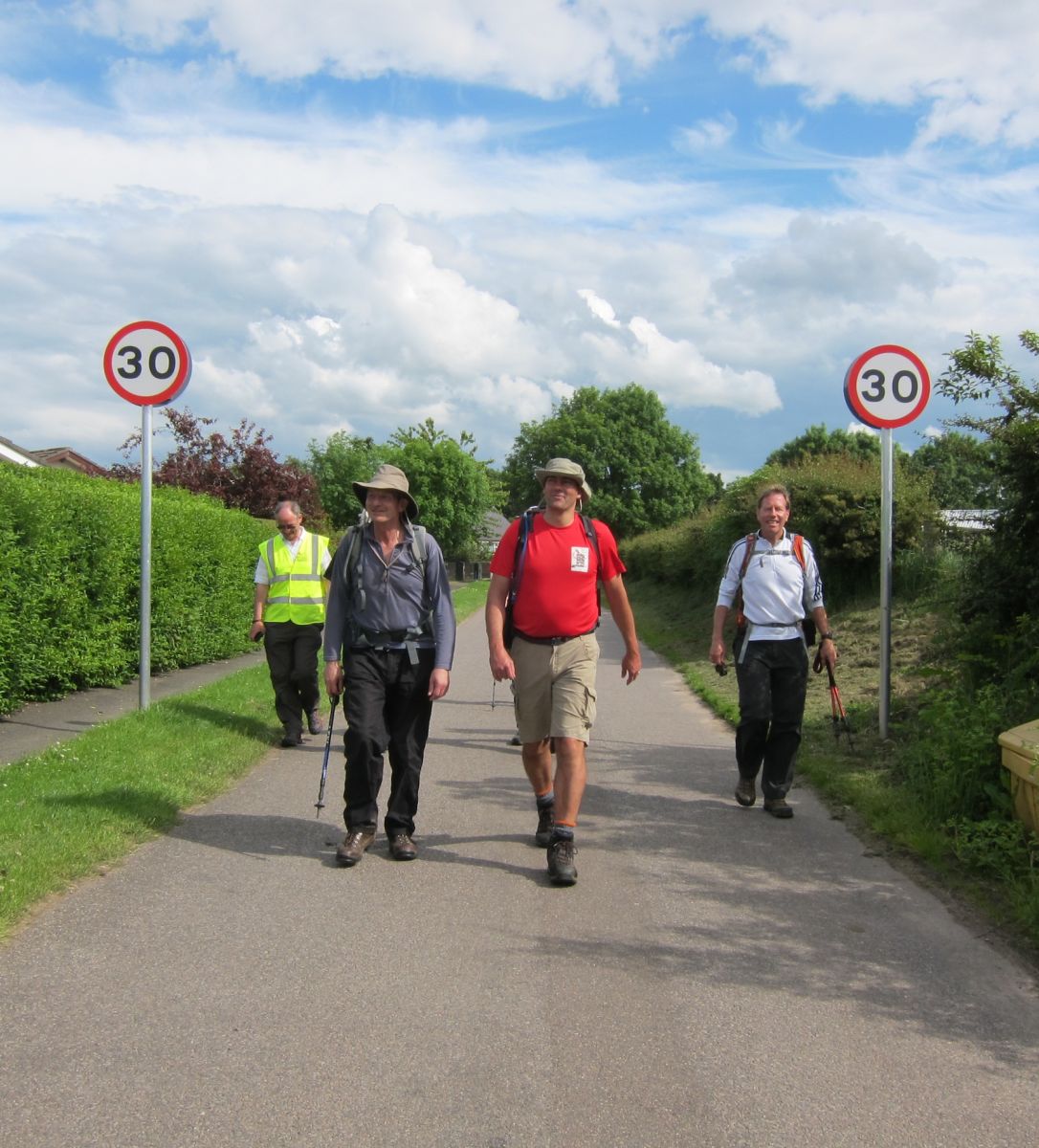 With thanks to Diane Smith.

The Moray Way Association has received £6000 from the Heritage Lottery Fund (HLF) to support the Moray Walking & Outdoor Festival and a project based along the Moray Way, Moray’s 96 mile long distance walking route.
Made possible by money raised by National Lottery players, the projects will focus on events that uncover the historical, archaeological, architectural, natural and the landscape heritage of Moray.

This year the festival, which runs from 16 June to 25 June 2017, will have a ‘heritage’ theme with more events than ever exploring Moray’s built and natural landscape.

Highlights of the programme will include two events by Moray based historian and writer of The Making of a Scottish Landscape, Dr John Barrett; Ghost Towns – deserted settlements in Strathavon, where you will be able to explore the remains of a lost culture and, A Royal Burgh: the making of Medieval Forres, a walk tracing the origins and development of the town.

The events are proving to be popular as an extra date has been arrange for the Ghost Towns walk which was sold out in a week.

Over the 10 days there are 50 plus events right across Moray, from Tomintoul to Lossiemouth.

Back again this year is Moray Way Five Day Challenge in which participants walk the 95 miles of the Moray Way over 5 days.

The walk, which includes the Dava Way, Moray Coastal Trail and the Speyside Way, provides participants with a ‘park and ride’ service to make it easier to complete the long distance walk, with options to just walk sections of the route. Also, returning this year is the famous Dava Way Ghost Train Walk, the Secrets of Pluscarden and Secrets of Spynie which participants rated as excellent last year.

For those who are looking for adrenalin rush then Ace Adventures are running their water sports events every day of the festival at special reduced prices. You can see the River Findhorn from a different view with cliff jumping, canyoning and white water rafting. They are also running their growing activity, Disc Golf.

This year the programme has several firsts;

As well as supporting events in the Moray Walking & Outdoor Festival the funding will also help the development of a long-term plan to increase awareness of the Moray Way. Funding will support a commission artist to work with communities along the Moray Way to gather stories which can then be used to promote the route. This project will expect to start in the summer.

Commenting on the award, Bea Jefferson, Chairperson of the Moray Way Association said:

“We are thrilled to have received support thanks to National Lottery players. Each year interest in the event flourishes and funding from the Heritage Lottery Fund ensures that we can keep growing. We look forward to celebrating Moray’s natural and built heritage through the Festival and our Moray Way project.”

The Moray Way Association was founded in 2011 with the aim of creating Moray’s long distance walking route, The Moray Way, a 96 mile circular walking trail. Since 2012 the organisation has also organised the Moray Walking & Outdoor Festival with the purpose of encouraging walking and other outdoor pursuits in Moray. www.moraywalkingfestival.co.uk

For further information, images and interviews please contact Diane A Smith at Moray Walking & Outdoor Festival on 07764615517 or info@moraywalkingfestival.co.uk