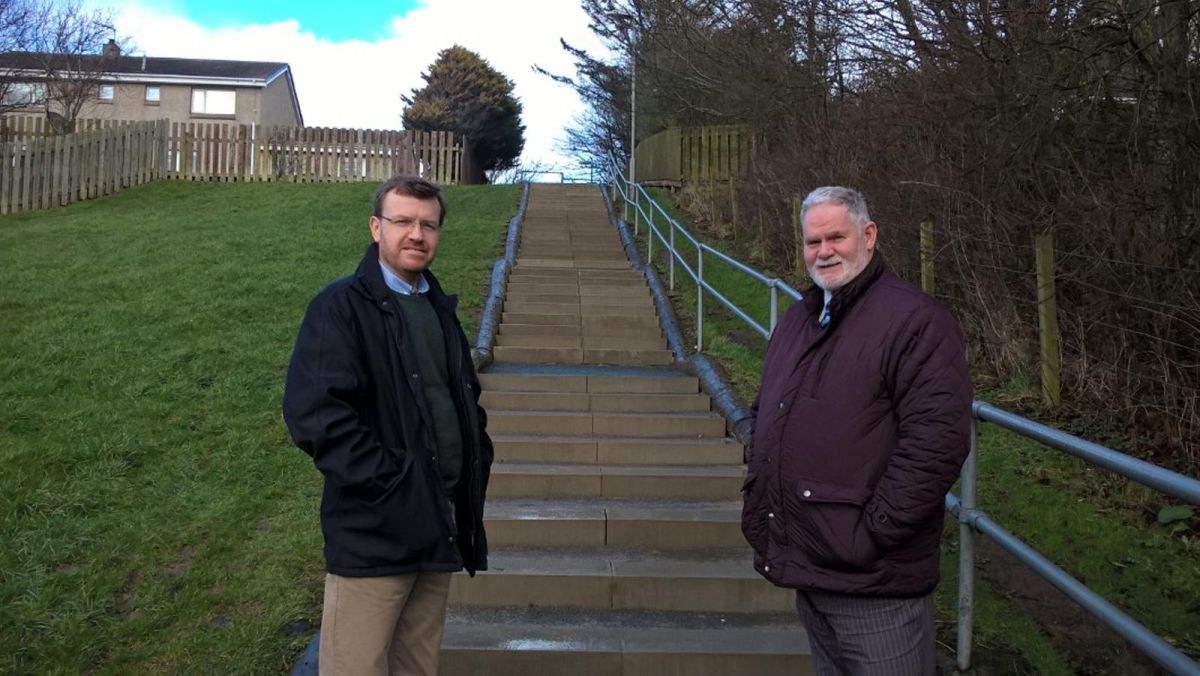 Following complaints late last year that the existing steps – which had been constructed from wooden logs by the developer of Morrison Place many years ago – were rotten and presented a slip hazard during wet weather, managed to get replacement steps installed by the council’s Landscape Services department.

“This is an important footpath as it serves as a safe route to school and means primary school children avoid the busy A975 which runs through the village.

“The steps had served well since the developer installed them at the time Morrison Place was constructed but I was receiving complaints they were not only past their best but were now presenting a slip hazard during wet weather and were also rotting away.

“I contacted the council’s Landscape Services department asking them to assist and I’m pleased to say they have done a really excellent job in renewing and upgrading the steps.”

“This is a job well done and means that the most regular users of the path – the pupils and parents at Port Erroll School – can continue to have a safe route to use, away from heavy traffic.”