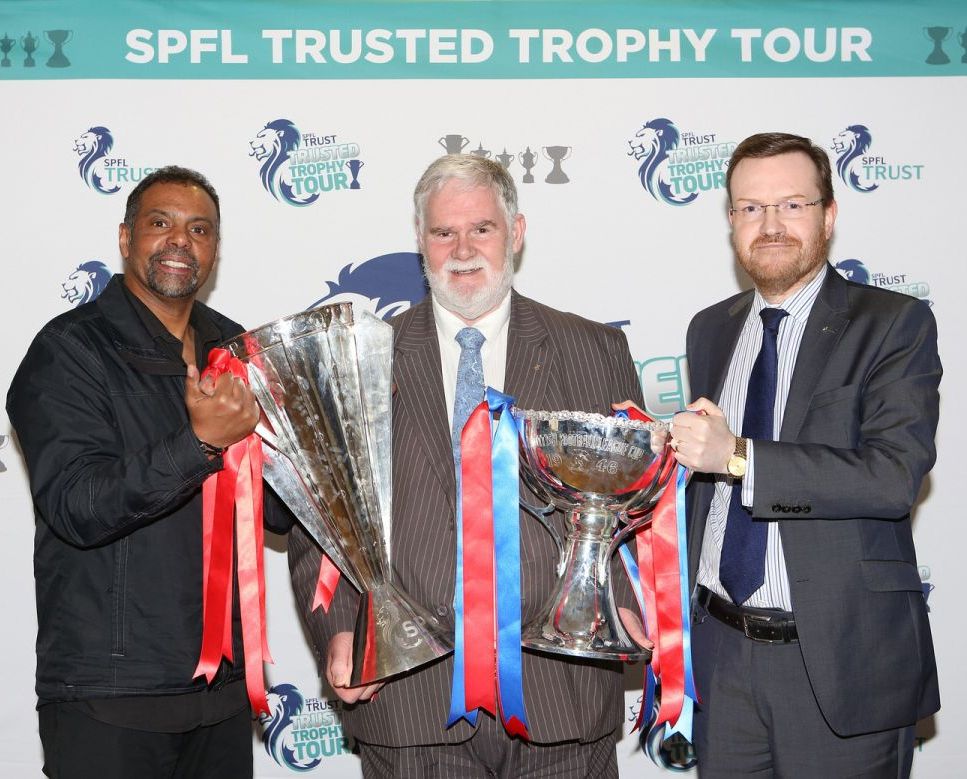 Local SNP councillors Stuart Pratt and Stephen Smith have shown their support for Peterhead FC’s impressive range of community engagement programmes.
The club launched a new initiative with Peterhead Boys Club to give away 200 free season tickets and made presentations to the latest graduates of the ‘Football Fans In Training Programme’ at an event at Balmoor this week where the various national football trophies were also on display.

“Peterhead Football Club do a huge amount throughout the year in terms of youth engagement and supporting their local community.  But even someone like myself who manages to attend most of Peterhead’s home games didn’t realise quite how much the club actually does.

“It is a very impressive list and the initiatives launched this week can only further strengthen the link between club and community.”

Cllr Stephen Smith, who made the trip to Hampden last April to support Peterhead in the final of the Petrofac Cup versus Rangers, added:

“The event was a very good showcase for the club and I’m grateful to General Manager Martin Johnston for inviting me, along with others who are active in the community, which helps strengthen those community links.”