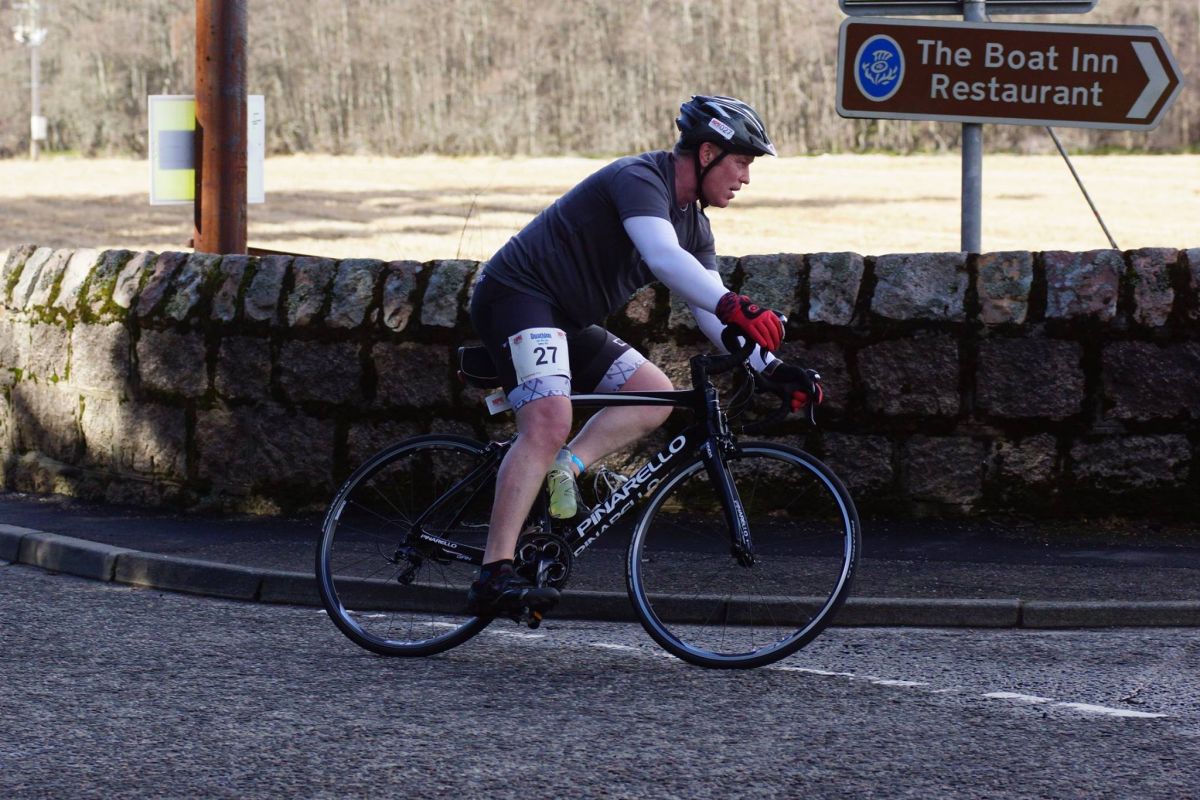 Mark Milne, who will be taking part in Etape Loch Ness, to raise money for a trust set up for his son, Alfie. The youngster has a rare and incurable disease and the fund provides support to other patients with the condition.

The father of a young boy with a rare and incurable disease is saddling up and getting on his bike to
help parents around the world
whose children have also been struck down by the same debilitating condition.
Mark Milne, whose son, Alfie, is one of an estimated 250 people worldwide to have been diagnosed with lymphangiomatosis, will take on Etape Loch Ness to raise money for research into the disease and to fund patient support services.

The Alfie Milne Trust was launched by Mark and his wife, Tracy, after their son was diagnosed with lymphangiomatosis at less than a year old.

The condition leads to the formation of benign tumours of the lymphatic system which can grow anywhere in the body, and due to their massive expansion can cause severe and life-threatening complications.

Mark (48) will join thousands of other cyclists in completing a 66-mile route around the iconic loch on April 23 – and in doing so he hopes to spread the word about the condition and give patients better access to support services.

The couple from Aberdeen found it hard to get any information about the disease because it is so rare: it is thought that Alfie is one of only 250 estimated cases in the world and one of only 15 in the UK.

They want their fund-raising, which currently stands at over £200,000, will help other patients living with lymphangiomatosis by raising awareness of support services and by providing grants to medical bodies.

“Before we launched the Trust, I would be the one who would be standing at the finish line at sporting events, smoking a cigarette and watching everyone else do the hard work. But we’ve done lots of events to raise money since 2012 and although I am still no fitness freak, I’ve completed a couple of bike rides,10Ks and half marathons.

“I’m actually going to be doing a 10K the day before Etape Loch Ness, so I’m not sure how I will be feeling for the event. I’ve always fancied doing this one because it is so beautiful up there, and I think the fact that it is on closed roads will make it really special.”

Alfie, who is now aged nine, was a happy and healthy boy for the first eight months of his life. However, his parents noticed that one of his legs was swollen and after x-rays were carried out, doctors also identified a curve in his spine.

After an MRI scan, the family travelled to Great Ormand Street Hospital in London where the diagnosis of lymphangiomatosis was made. The disease was in Alfie’s right leg, pelvic area and in the marrow of some bones, and it was also preventing his blood from clotting.

His health rapidly deteriorated: while he was still in London he suffered internal bleeding, frequently high temperatures and had to undergo countless blood transfusions – he was so poorly that his parents and doctors feared the worst. However, he battled through and some weeks later was well enough to return to Aberdeen to undergo chemotherapy.

From there on, the family has had to watch as Alfie – who was five by the time he took his first steps – has endured numerous stays in hospital, blood transfusions, drug therapies and various treatment plans.

His leg has deteriorated and Alfie has not been able to walk unaided since 2012. However, the family hope there will be a drastic improvement in his mobility after undergoing specialist surgery at the start of the year.

“Last year we learned about a procedure that could be performed on Alfie’s leg to try and straighten it, with the hope of allowing him to walk unaided.

“Surgery is always very difficult with Alfie’s condition because of the high risks of infection and lymphatic leakage, but after undergoing lots of physiotherapy to prepare him for the surgery, we went ahead with it.

“The surgery was carried out at Great Ormand Street and it went really, really well. It was a success but it’s down to Alfie now to work on the physiotherapy and battle through it to get up on his own feet. As with any condition like this, we have good days and we have bad days.

“When Alfie was diagnosed we really struggled to find out information about his condition because it is so rare. We hope that other families, regardless of where they are in the world, will be able to benefit from the work of the Alfie Milne Trust, so that getting the support they need becomes easier.”

Further details about Alfie’s Trust are available at www.alfiemilne.org.uk and donations to Mark’s fund-raising efforts can be made on uk.virginmoneygiving.com/MarkMilne

Thousands of cyclists, many of them raising money for good causes including official charity partner Macmillan Cancer Support, are gearing up to take part in Etape Loch Ness on April 23.

Starting and finishing in Inverness, the 66-mile route follows the north side of the loch and then loops round at Fort Augustus to return via the south side. Once past Fort Augustus, cyclists face the toughest challenge of the course – a 4.8 mile climb rising to 380m in height at the Glendoe Summit.

Etape Loch Ness has grown to become one of the nation’s best loved cycling events and places this year sold out in a record 50 hours. Further information about the event is available at www.etapelochness.com and regular updates also appear on social media at facebook.com/etapelochness and @EtapeLochNess on Twitter.