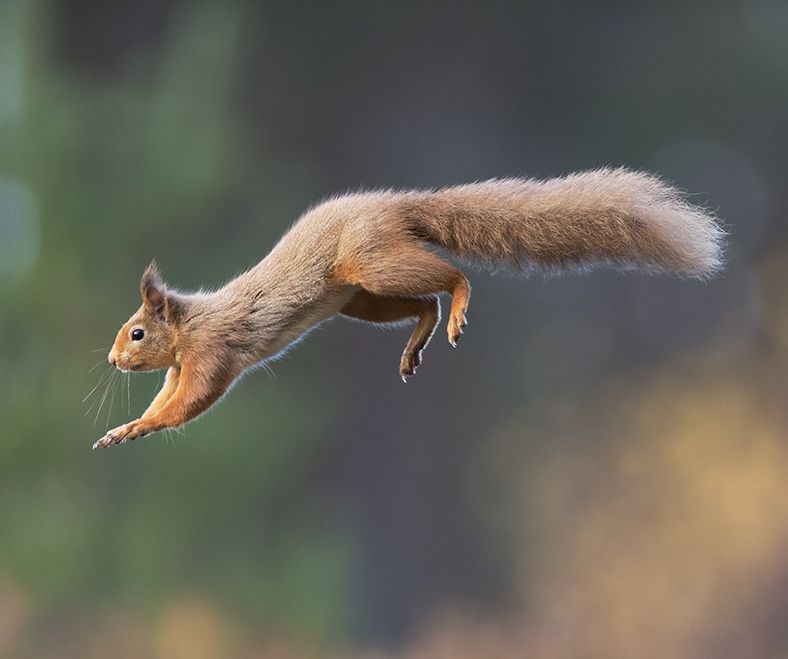 An innovative project to boost the number of the UK’s red squirrels by relocating individuals to woodlands they cannot reach by themselves is taking a major step forward this month.

Conservation experts at the charity Trees for Life will carefully relocate red squirrels from Inverness-shire and Moray to forests near Kinlochewe and at Plockton, where the species is currently absent despite there being suitable habitat for squirrels.

The Red Squirrel Reintroduction Project aims to establish 10 new populations in the northwest Highlands, significantly increasing both the numbers and range of the red squirrel in the UK.

“We are giving red squirrels a helping hand to return to some of their long-lost forest homes. Many Highland woodlands offer the species excellent habitat far from disease-carrying grey squirrels – but because reds travel between trees and avoid crossing large areas of open ground, they can’t return to isolated woodlands without our help,” said Becky Priestley, Trees for Life’s Wildlife Officer.

The next two releases follow a successful first reintroduction in March this year, when the charity relocated 33 red squirrels from Forres and Strathspey to native woods at Shieldaig in Wester Ross.

This new population has also bred during the summer, with several young squirrels observed – confirming that the area is excellent habitat with a good natural food supply.

There have also been regular sightings reported by local people, with the squirrels ranging widely as they explore nearby habitat. Trees for Life is continuing to monitor the population, with surveys planned for later this year.

Another success has been high levels of community involvement. Residents near the relocation sites have been monitoring the squirrels and carrying out supplementary feeding, while people from whose gardens the squirrels were removed have visited Shieldaig to see the expanding new population.

“Involving local communities is a big part of this exciting rewilding project. People love helping red squirrels and having them move into their local area,” said Becky Priestley.

In the next phase of the project, this autumn 70 red squirrels will be relocated to the privately-owned Coulin Estate next to Beinn Eighe National Nature Reserve near Kinlochewe, and to Plockton, which is owned by landowners including conservation charity The National Trust for Scotland. These sites have good habitat with significant potential for the species to spread into surrounding areas.

There will be opportunities for people to help with monitoring the new squirrel populations, by reporting sightings and by taking part in surveys during the winter.

With animal welfare paramount, the project involves squirrels being transported in special nest boxes, lined with hay for comfort, and provisioned for food and hydration. Only small numbers of squirrels are removed from any site, so that donor populations are unaffected. Health checks ensure that diseased animals are not introduced to new populations.

At the reintroduction sites, the boxes are fixed to trees, with exit holes lightly filled with grass – allowing the squirrels to find their way out. Food is provided for several months while the squirrels become accustomed to their new habitat.

In the UK, red squirrels are now rare with only an estimated 138,000 individuals left – their numbers decimated by the reduction of forests to isolated remnants, and by disease and competition from the introduced non-native grey squirrel.

The Red Squirrel Reintroduction Project has been made possible by grants from the Heritage Lottery Fund and People’s Trust for Endangered Species. It involves volunteer opportunities, landowner partnerships, and research to strengthen conservation. All relocation sites require comprehensive habitat assessments, landowner agreements, and a five-year licence from Scottish Natural Heritage.

For details about Trees for Life’s award-winning work to restore the Caledonian Forest in the Highlands, visit www.treesforlife.org.uk.