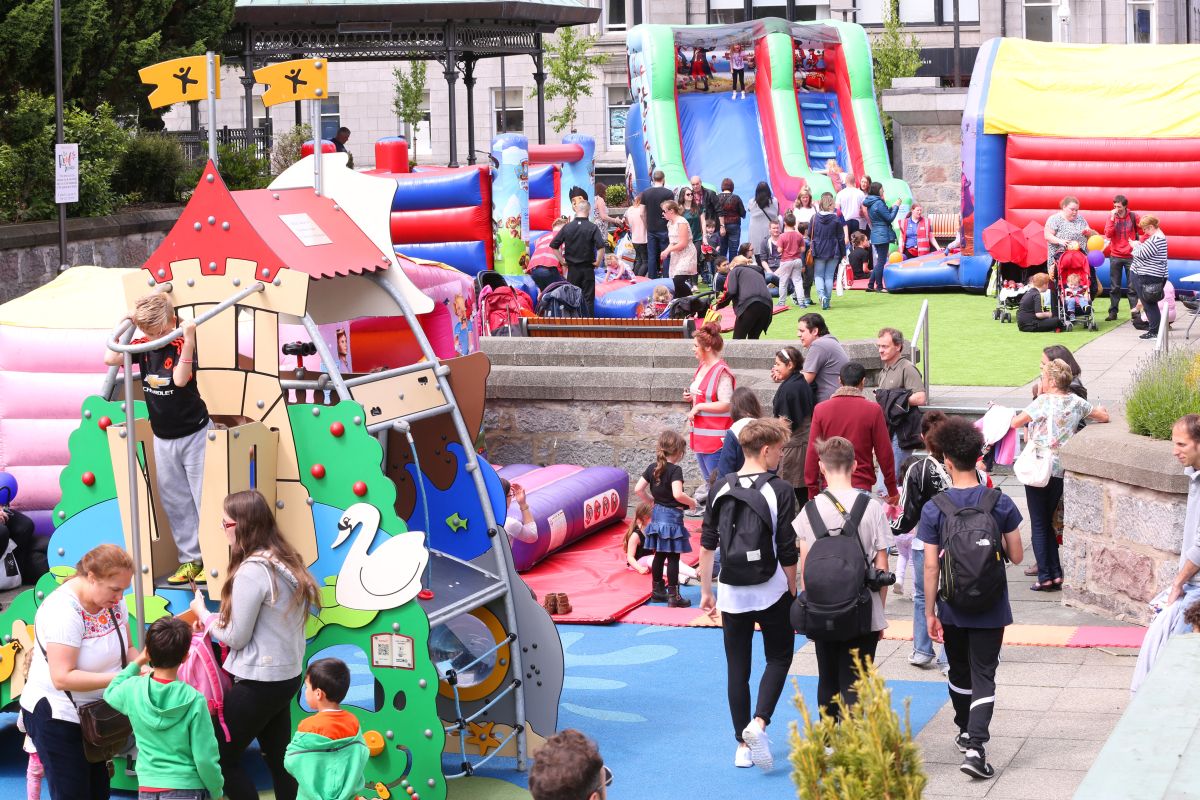 Nearly £8,000 has been raised for charity after a new event had a city centre garden jumping for joy.

Big Bounce at Bon Accord welcomed kids and big kids to the greenspace last month (June 25-26) for the fundraising event which saw attendees able to enjoy eight inflatables installed within the space.

From bungee runs to bouncy castles, people turned out in their numbers to support Bon Accord & St Nicholas in its fundraising efforts for both CLAN Cancer Support and Great Ormond Street Children’s Hospital Charity.

The event also fell under the UK-wide One Great Day initiative.

As well as the inflatables, a range of pop-up food and drink retailers were also present, with music and entertainment throughout both days adding to the party atmosphere.

On Friday (June 24), the fundraising effort was also aided by five classes from Walker Road Primary School carrying out a sponsored Mini Bounce within the garden, with pupils each playing their part in helping their class jump continuously for 30 minutes. The big-hearted school’s efforts added more than £1,100 to the overall fundraising total.

“The Big Bounce weekend was a fantastic new addition to the city centre event calendar and we’re thrilled to have been selected as one of the beneficiaries of the day.

“I’d also like to say a massive thank you to all those who took the time to visit over the course of the weekend and a special mention to the fantastic efforts of the Walker Road pupils who went above and beyond with their own fundraising session.

“Money raised for CLAN through the One Great Day initiative will go towards the charity’s provision of free wellbeing and support services for anyone affected by cancer across the north and north-east of Scotland; it really will make a massive difference.”

One Great Day is the brainchild of Bon Accord & St Nicholas owner BMO Real Estate and sees a range of local fundraising events held at over 60 shopping centres across the UK. All funds raised go towards Great Ormond Street Children’s Hospital and other local charities.