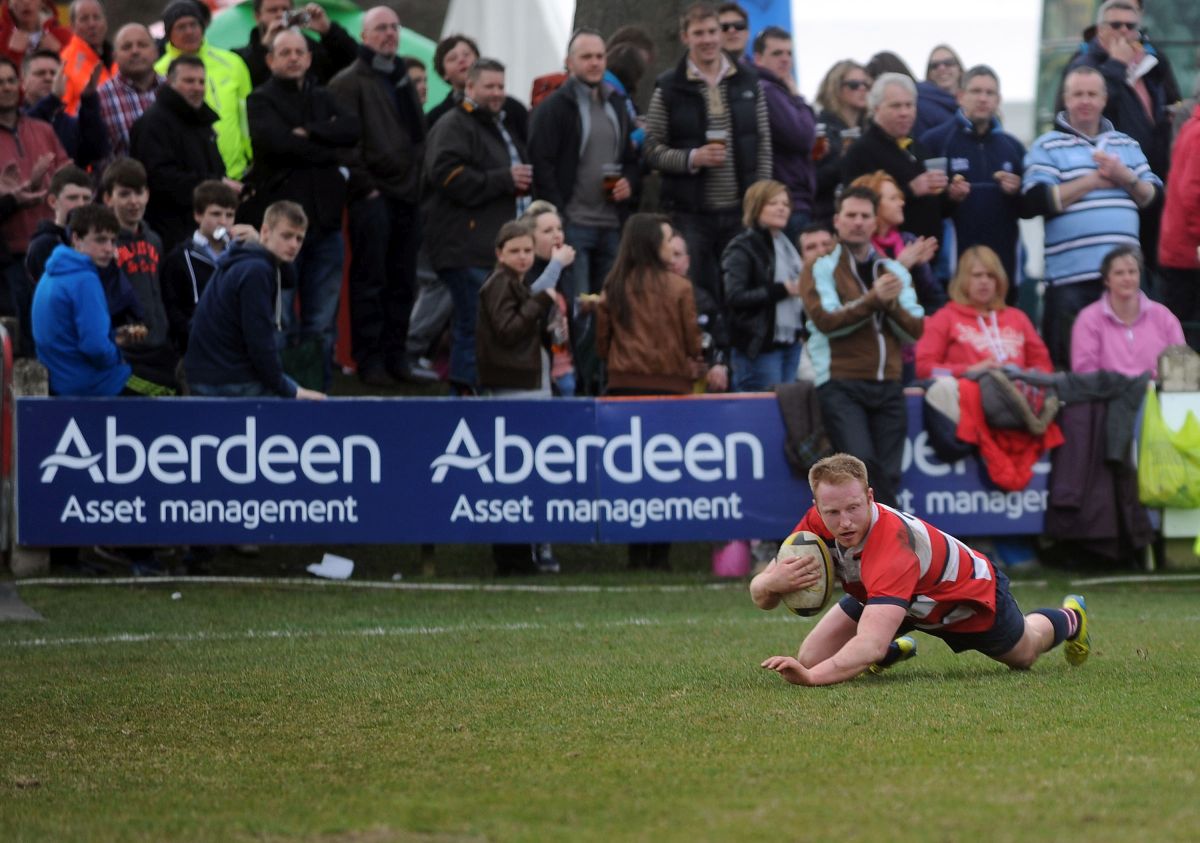 With thanks to Gemma Setter.

On Saturday 9 April, Aberdeen Grammar Rugby Club will join 23 other Scottish and international teams for the 126th annual Aberdeen Asset Management Melrose Sevens. The club will be giving it their all this year in the hopes of bringing the sought-after Ladies Cup back to Aberdeen for the first time.

Now an Olympic sport debuting in Rio de Janeiro this summer, rugby sevens was conceived over a century ago in the picturesque border town of Melrose by local butcher and player Ned Haig as a fundraiser for his team.

With its shorter length and fast-paced action, the seven-a-side sport quickly grew in popularity both in Scotland and overseas.

The annual tournament has captured the hearts of rugby fans across the globe, and 12,000 spectators will travel to Melrose to see the world’s oldest rugby sevens tournament in the flesh. For those unable to attend in person, the competition will also be broadcast live on the BBC.

Aberdeen Grammar Rugby Club will face stiff opposition on the day from around 20 eager Scottish teams, as well as international sides from Italy, France and Belgium who will all be vying for the glory of lifting the Ladies Cup in the home of rugby sevens.

Title sponsor Aberdeen Asset Management will return to support the historic rugby sevens tournament for the fifth time in 2016.

“In recent years, interest in rugby sevens has increased dramatically. From its origins in the depths of the Scottish borders to its new high-profile status as an Olympic sport, rugby sevens’ popularity and impact on the worldwide sporting community is undeniable.

“As the birthplace of rugby sevens, Melrose is still dedicated to fostering new talent and the town holds a special place in fans’ hearts. Each year thousands from around the world make the pilgrimage to The Greenyards in order to witness the sport at its roots. The atmosphere on the pitchside is incredible – unlike any other – but those unable to travel can still enjoy the action on screen.

“With the world’s attention firmly focussed on rugby sevens, the teams will be training harder than ever to lift the trophy at the tournament which started it all. Aberdeen is proud to support a sport which from humble Scottish beginnings has gripped the world, and continues to grow in popularity.”

The Aberdeen Asset Management Melrose Sevens offers fun and excitement both on and off the pitch, making the tournament an exciting experience for families, couples and rugby fans who like their sporting action fast and exhilarating. Couple that with the impressive fancy dress and electric atmosphere that fill the stands, and it makes for the perfect day out.

Tickets for the event start from £10 for children, £15 for senior citizens and £20 for adults. Family tickets are also available for £50, admitting two adults and two children.

For more information about the Aberdeen Asset Management Melrose Sevens, and to book tickets, visit www.melrose7s.com. Keep up to date with the action on Twitter @melrosevens