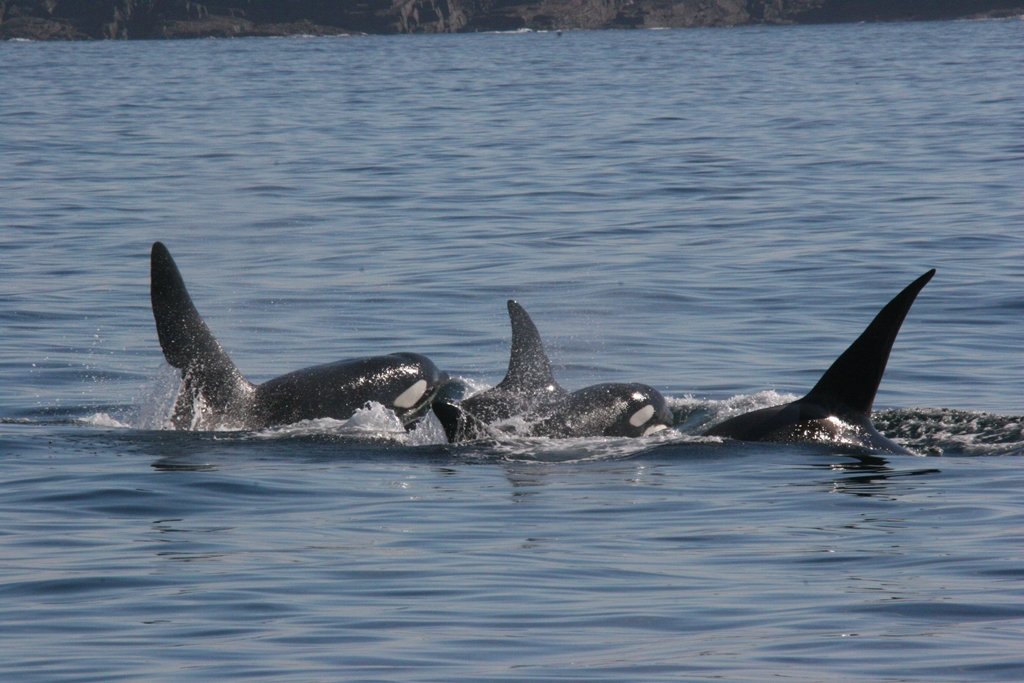 With thanks to Morven Russell.

The true identity of a famous killer whale known as ‘Dopey Dick’ – who sparked widespread attention when he swam into Derry-Londonderry almost 40 years ago – has at last been identified, thanks to photographs published on social media.

The orca attracted headlines in November 1977, when he made his way up the River Foyle and into the city, apparently in pursuit of salmon, before remaining five kilometres upriver of Loch Foyle for two days.

Incredulous at the sight and confused about the whale’s behaviour, locals dubbed him ‘Dopey Dick’ – presumably after Herman Melville’s fictitious Moby Dick.

Nearly four decades later, it has been revealed that Dopey Dick is in fact the killer whale known more affectionately as Comet – a member of the highly vulnerable West Coast Community of killer whales, the United Kingdom’s only known resident population of killer whales which is at risk of imminent extinction.

Dopey Dick’s true identity was discovered when old photographs were uploaded onto a Facebook page. Killer whale expert Andy Foote and Hebridean Whale & Dolphin Trust Science Officer Dr Conor Ryan recognised the whale in the images as Comet, last recorded by the Trust off Dunvegan, Isle of Skye in September 2014.

Comet has been photographed many times in both Scotland and Ireland by researchers and members of the public, enabling scientists to track his movements.

“When I saw the photos on Facebook, I noticed that the white eye patch of Dopey Dick sloped backwards in a really distinctive fashion. This is a trait we see in all the West Coast Community whales, but it’s not that common in other killer whale populations. The photographs were all quite grainy, but it was still possible to see some of the distinctive features unique to Comet.

“I couldn’t believe it – he was already a full grown male back in 1977, when I was just five-years old!”

“Most of what we know about this precariously small and isolated population of killer whales comes from photographs submitted to us by members of the public. The population is too small to study in a targeted way, so the public has a big role to play.”

Hebridean Whale & Dolphin Trust has been documenting the West Coast Community’s behaviour since 1994. The four males and four females are not known to interact with other orca populations in the north-east Atlantic, and since studies began, have never successfully reproduced. 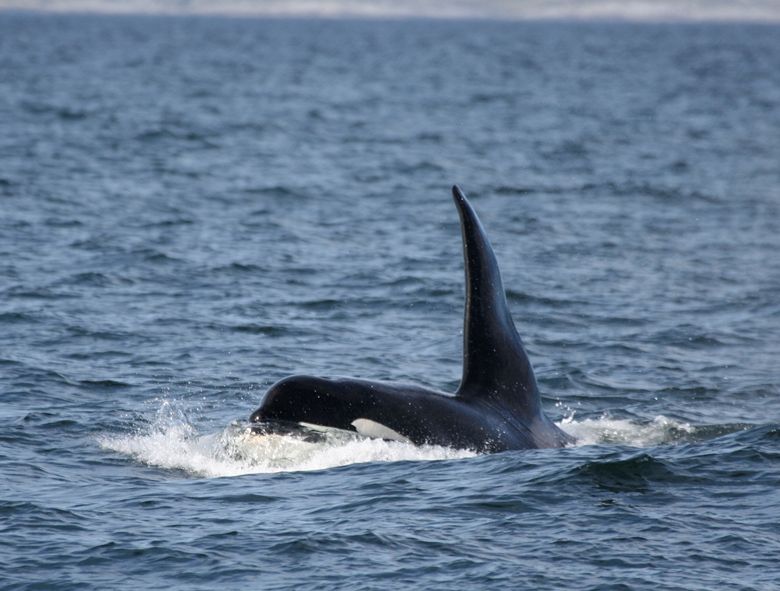 Sadly in January this year, one of the females – Lulu – perished after being stranded on the Isle of Tiree.

The discovery that Dopey Dick was in fact Comet is significant because it confirms suspicions that some of the whales in the endangered West Coast Community are very old.

They have not produced any calves since records began. Fears for their survival are heightened following recent discoveries that other killer whales in the region have very high pollutant burdens that can cause toxic effects, including infertility.

Photographs are extremely valuable when researching whales and dolphins as they allow scientists to identify individuals through unique markings.

Comet has a distinctive dorsal fin about 1.8 m in height, which leans to the right and has a notch near the top. Photographs confirm that he was an adult male, at least 19 years old, in 1977 – making him at least 58 years old today. The latest match was made possible thanks to the Scottish Orca Facebook page, which shares excellent images of killer whales in Scottish waters.

“This match places Comet very much at the upper limits of the typical life expectancy of male killer whales. Adult males generally live to around 30 years, but with an upper range of 50-60 years. So clearly time is not only running out for this individual whale – it is equally running out for whale biologists, who may not have much time left to gather information on this unique local population of killer whales that have made the waters of the British Isles their home.”