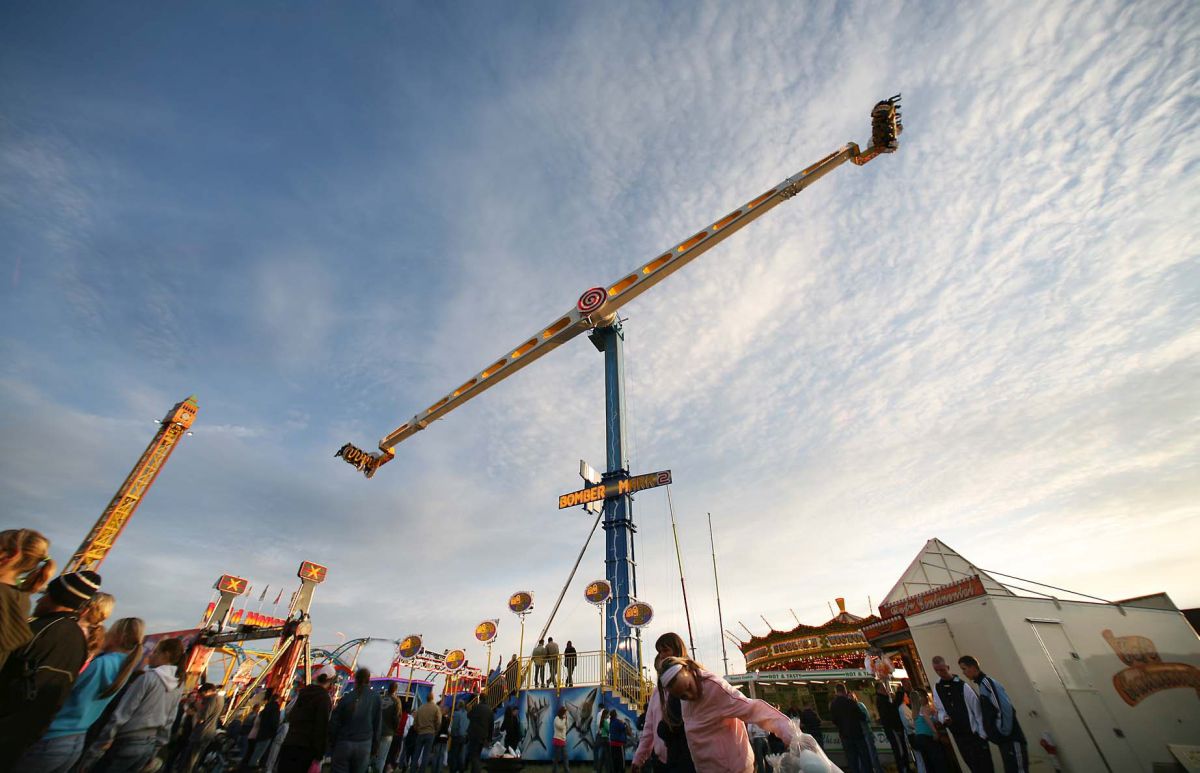 Standing at 50m high, one of the biggest thrill rides in Europe, ‘the Bomber’ was a focal attraction at Aberdeen’s Christmas Village.

Organisers have hailed the Aberdeen Christmas Village a success after more than half a million people enjoyed the spectacular attraction. Spearheaded by Aberdeen Inspired in partnership with Aberdeen City Council and Codona’s, the winter wonderland proved incredibly popular, attracting 515,972 people throughout the festive period. The village was open for a total of 37 days.

The organisation’s aim was to create an attraction bigger and better than Aberdeen has ever had before and they are thrilled by the high number of visitors to the village.

They also unveiled the world renowned art installation Intrude, which consisted of large illuminated rabbits at Union Terrace Gardens in December, adding an extra dimension to the crowd pleasing attractions.

The first term of Aberdeen Inspired, the banner under which the BID has operated since 2012, is now drawing to a close and the organisation hopes to use the positive response to the village as a springboard for future projects if it achieves renewal ballot success.

Between February 4 and March 17 levy-payers will vote in a re-ballot to determine whether or not the business-led initiative within the city centre returns for another five-year term.

“We were absolutely delighted with the public’s response to the Aberdeen Christmas Village, which was way beyond our expectations and proves there is appetite for events on this scale in the Granite City.

“The footfall figures for the village are incredible, with over half a million people enjoying everything it had to offer. It was fantastic to see everyone get into the festive spirit in the heart of the city centre and we are determined to carry this positive momentum forward as we continue preparations for our renewal ballot.”

“2015 was Aberdeen’s biggest winter festival and the Christmas Village helped to make it a huge success. We would like to thank everyone who visited and enjoyed the Village, the stallholders, musicians and comedians for their contribution and our staff and partners for all their hard work.”

“In order to build on initiatives like the Aberdeen Christmas Village we need the support of our levy players in the upcoming ballot. As a close knit team we are dedicated to the work we deliver throughout the city centre and we know that passion for Aberdeen is mirrored by our electorate – the businesses we represent.

“Our hard-working and talented team wants to continue to bring forward projects to enhance the city centre and are hugely excited about our current project plans. Our ultimate aim is to drive footfall and improve the area for our members, with the Christmas Village a great example of that.”

Proceeds are used to fund projects designed to improve the business district. Further information on the work of Aberdeen Inspired is available at www.aberdeeninspired.com