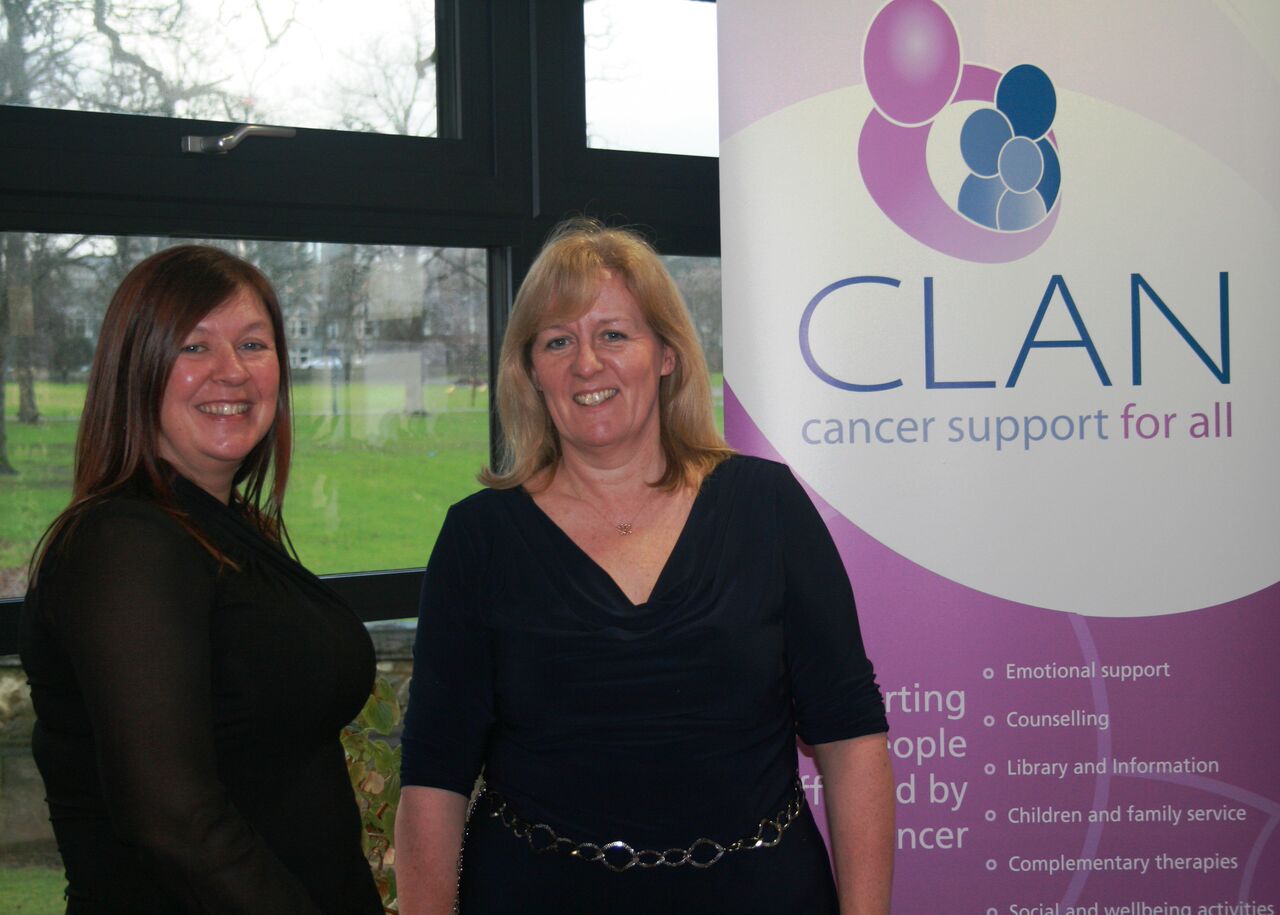 An Aberdeen woman is to hold a charitable dinner dance next week
after her musical father’s cancer diagnosis moved her to organise an event.

The night, which will include a three-course dinner and live performances from local artists Oliver Richards, Colin Newbury and Cameron Jay, has been devised by Carol after her father Dave Allan was diagnosed with lung cancer in June.

Dave’s diagnosis was then followed by a bout of pneumonia before further tests showed he required a double heart bypass before he could properly start his cancer treatment.

With her Dad’s cancer treatment now underway, Carol felt that she needed to focus on something that was positive and was looking for a distraction. She struck upon the idea of organising a charitable event and on recommendation from her friends, she visited CLAN Cancer Support at its CLAN House base in Aberdeen to see first-hand the work they do with individuals and families affected by cancer.

After being so impressed by the facility and the services the charity provides, it was an obvious choice for her to link-up with for her special evening.

“Dad has had a bit of a tough time of it recently, overcoming both pneumonia and a heart bypass in the days and weeks after being diagnosed with cancer in June last year. It’s been difficult for him and our family but his strength has been amazing. He’s managed to remain so positive throughout it all.

“With this in mind, I was looking for a bit of a distraction to take my mind off things. Some friends told me about CLAN and on learning more about the charity, I was immediately taken in by its spread of services and comfort and care it provides to people affected by cancer. It just seemed right to hold an event on its behalf.

“The night itself will have a strong musical element which was a key consideration given my Dad’s love for music throughout his life so far. He has played in various bands from the age of 12 up until a few years ago and we’re still hopeful that he might be able to play a song on the night; we’ll just have to wait and see.”

Ticket sales for the dinner dance have been strong, with all funds raised set to go towards CLAN’s provision of free support services to anyone affected by cancer throughout the north-east of Scotland, Moray, Orkney and Shetland. Monetary donations are still being sought to help cover lighting and sound costs.

“The support we’ve had from friends, family, members of the public, my work and local businesses such as The Chester Hotel itself and SIGNAL2NOISE has been fantastic so far and it really has helped create a feeling of positivity around something which is undoubtedly a tough time for us all. Not everyone is lucky enough to have the support network that my Dad has had so the work of charities like CLAN can bring an added importance to many.

“We’re delighted to be supporting the charity with the event and we can’t wait to invite attendees to a night of musical fun.”

“Carol’s enthusiasm and passion for helping CLAN is there for all to see and we’re so delighted to have been selected as the beneficiary for what is sure to be a fantastic night of entertainment.

“CLAN is there to help all those affected by cancer; whether it is the person directly affected, a family member, a friend or even a carer. Carol, her Dad and their family have an obvious close bond and for them to turn what is sure to be a difficult time into something so positive is testament to their character and approach to life.”

Those interested in getting involved with the evening or those who would like to donate funds to the night are asked to contact Carol Norrie on carol.norrie572@btinternet.com

Based in Aberdeen, the charity covers the whole of north-east Scotland, Moray, Orkney and Shetland. CLAN has a presence in Ballater, Banchory, Elgin, Inverurie, Fraserburgh, Lossiemouth, Peterhead, Stonehaven, Turriff, Kirkwall and Lerwick.