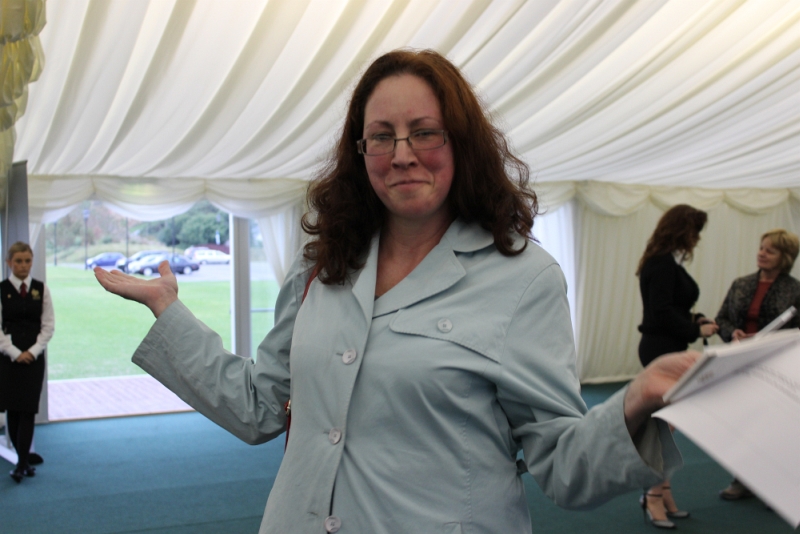 With over half a million signatures, the petition to ban Donald Trump from the UK for hate speech has become the fastest ever to qualify for debate in Parliament.
Suzanne Kelly was inspired largely by the events at Aberdeenshire’s Menie Estate, and how residents were treated when Trump began construction for a golf course there.

When Donald Trump set out to create his Menie Estate golf complex, he had a huge impact on the environment and area residents. SSSI protection, the highest level of environmental protection there is, was taken from the UK’s only moving sand dune system and its fragile ecosystem. A giant bund of earth was put between Susan Munro’s cottage and her views across the landscape to the sea; this served no functional or desirable purpose.

This bund, well over head height and topped with dead and dying trees, apparently was not part of the agreed plan. Water was cut off to the Forbes’ farm, forcing the farmer and his family – including his elderly mother – to carry water from a nearby stream.

“Imagine hearing bulldozers outside your home, and finding your new neighbour has put an 8 foot high mound of sandy earth between you and your former views to the sea. Imaging campaigning for years and being ignored by your local planning department. How Susie put up with it I don’t know.” says Suzanne Kelly.

Various aspects of the built landscape were changed, in some cases apparently without prior permission from Aberdeenshire planning officials. Michael Forbes, who previously was able to cross the estate to the sea for salmon fishing, had his access blocked – and the police (who normally would not be involved in civil matters) – told him he would be arrested if he touched the new gate or its lock.

Border disputes both with Forbes and David Milne saw existing fencing torn down, and Trump’s people re-drawing the boundaries.

Boundary disputes should have been treated as civil matters, but police were on hand to support Trump, not those living on the land. Gorse seems to have been planted to deter walkers in places, and a huge gate blocking Leyton Farm Road to the Trump parking lot is locked shut, with access impossible for anyone who is infirm.

Efforts to get planning permission rules enforced or to get access rights upheld have fallen on deaf ears at Aberdeenshire’s planning offices, Kelly and residents say. Kelly and many others have written to the local authority for years without success.

Of the Shire’s inaction Kelly says:

“In other cases we have seen people who flaunt planning laws dealt with swiftly and decisively. You could be forgiven for thinking there is a two-tier planning and countryside access system, one for the wealthy, and one for the poor.”

“I’ve written to Trump’s people; I’ve written to the Shire and the government. I am going to ask them again now to re-think making good all of the things that have gone wrong on the estate. It’s my understanding that finally Michael Forbes repaired the damage done to his water supply by Trump’s construction crews – which had happened years ago.

“The film ‘you’ve been trumped’ shows – among other things – the Forbes family, including Molly, having to carry water from a stream for their bathing, tea-making, you name it. The water supply was restored, but was unreliable according to Forbes.”

Forbes was voted ‘Top Scot of the Year’ by the public at Glenfiddich’s Spirit of Scotland Awards in 2012, to Donald Trump’s chagrin. Trump then banned the drink from all his property – with the result that the sales for the prestige whisky surged throughout Scotland.

“If I can’t get the Trump organisation, Aberdeenshire planning and the central government to get things made right by asking them nicely now, then I think they will find that some 550,000 people might now also be emailing them to ask for the changes and improvements we want. If we can’t get some swift, decisive action after years of writing about the problems, then the next step will be a protest at Menie.

“Of course, this would be a peaceful, legal event.

“Let’s hope those who can make good at the Estate will do so. For starters, that bund of earth must be taken away – cleanly and without making more mess for Susie Munro. Michael Forbes should immediately be allowed to access the beach in the same way, with the same boats/nets/vehicles as he enjoyed for years before Trump arrived. I think we should hear something positive and see results starting within 10 days.

“If not, I hope everyone’s email servers are up for a wee onslaught of correspondence, and perhaps another March of Menie demonstration, as had been held in the past. I do think the next such march might be a very large affair indeed.”

Kelly has sent a detailed email to Trump, Aberdeenshire Planning, the head of Aberdeenshire Council, and copied it to Nicola Sturgeon.

On the subject of Robert Gordon University and Dr Kennedy, Kelly said:

“Professor Ferdinand von Prondzynski, Principal and Vice-Chancellor of Robert Gordon University, has been in contact, and has made it plain Dr Kennedy’s degree stands, even though he had handed it back to protest the honour bestowed on Trump. I find this and the revocation of Trump’s degree cause for celebration.”

“Today I saw on Facebook an open letter BrewDog wrote to Trump. It’s every bit as witty, scathing, and delightful as you’d come to expect. I started buying BrewDog beer from the first days it was made here in Aberdeenshire; James Watt and Martin Dickie sold their first brews from a market stall at Aberdeen’s farmers’ market. I expected great things from them, but never the degree of success they’ve had.

“It’s kind of how I feel about the strength of support for the Parliamentary Petition. BrewDog also have a slogan, ‘Without us, we are Nothing’ – very apt for this petition I’d say. I’m proud to be one of the over 10,000 shareholders of this ethical, local, successful company.

“Amusingly, the post is attracting a number of posters telling the brewers to shut up/stay out of politics – and the same people are defending Trump’s right to ‘free speech’. It’s more than a little ironic, don’t you think? I don’t remember people saying the same thing when the company gave Putin the ‘BrewDog treatment’ over his anti-gay stance.

“Hate speech is not the same as free speech. That’s why this law, banning over 80 people previously, exists. Hate speech doesn’t work on the rational person who reads many sources of news and makes up their own mind; it falls on the ears of the mob and inflames.

“Occupy Democrats reports a surge in violence against Muslims in the US. To me, there is more than a strong chance this could have been fomented by the hate pouring out of a TV personality/presidential candidate’s mouth. I wonder whether Trump feels any responsibility for that? In my book he should. For me all rights come with responsibilities.

“Are some terrorists claiming their actions are Islamic? Undoubtedly. Are all people following a particular faith to be ostracized? Not if there is the least little thing I can do to stop it.”

One Response to “Trump Petition Campaigner’s Requests to Shire Planners”