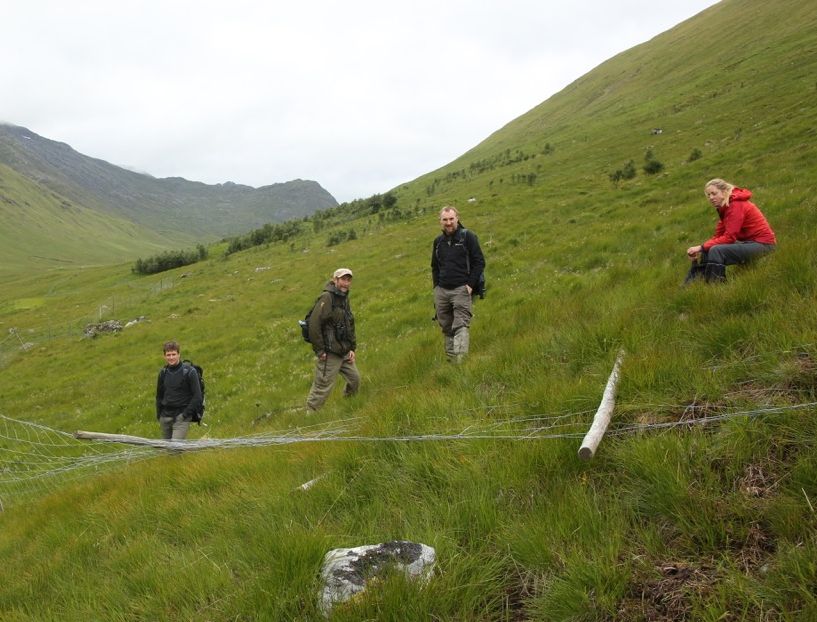 Conservation charity Trees for Life has launched an emergency rescue appeal to protect tens of thousands of young trees on West Affric from grazing deer.

A new generation of trees, many planted by TfL volunteers, has become established on West Affric over the past 20 years, after Trees for Life and the National Trust for Scotland created a series of 10 fenced exclosures.

The exclosures – areas from which large grazing animals are excluded – were designed to boost the recovery of native woodland by preventing the pressure of browsing deer.

But recent damage to the fences has left many of these trees vulnerable to grazing by deer, and Trees for Life is appealing to the public to help raise £20,000 for vital fence repairs to protect the emerging forest.

“This is perhaps the most urgent appeal we have ever made. We need to protect the results of two decades of positive conservation action to restore the Caledonian Forest in this area,” said Alan Watson Featherstone, Trees for Life’s Executive Director.

“The exclosures are vital to the protection of trees and vegetation from the intense damage that can be caused by deer. Repairing the fences will ensure that the young trees – and the species they support – are safe and can continue to flourish, bringing greater life and diversity back to this depleted landscape.”

Only a few scattered trees survived on West Affric before the conservation work begun in the 1990s, but the transformation of the areas inside the exclosures has since been dramatic. Vibrant young woodlands are now supporting a wealth of insects and birds, including black grouse, while many flowering plants such as angelica, primroses and bluebells are flourishing.

However, because of the challenging terrain and climate, several sections of fencing have been broken by drifting snow, allowing deer to enter the exclosures and damage some of the trees. Other smaller, slower growing trees and flowering plants are now at risk, especially with the approach of winter when there is little else for the deer to eat.

Overgrazing by excessive numbers of red deer – the result of an ecological imbalance caused by humans, including the loss of natural predators and the dedication of large tracts of land since the 19th century for deer stalking and sheep grazing – is a major problem hampering natural regeneration of Scotland’s ancient Caledonian Forest.

Managing deer numbers is essential for native woodland restoration. In turn, restoring the Caledonian Forest and its native woodlands will provide improved habitat for balanced populations of deer in the future, allowing them to grow larger and healthier through having more shelter and more diverse and abundant food.

West Affric is a remote 10,000-acre expanse of wild land situated at the western end of Glen Affric, encompassing the headwaters of the Affric River. The National Trust for Scotland bought West Affric in 1993 and alongside its partners carries out vital conservation work to protect its natural ecosystems.