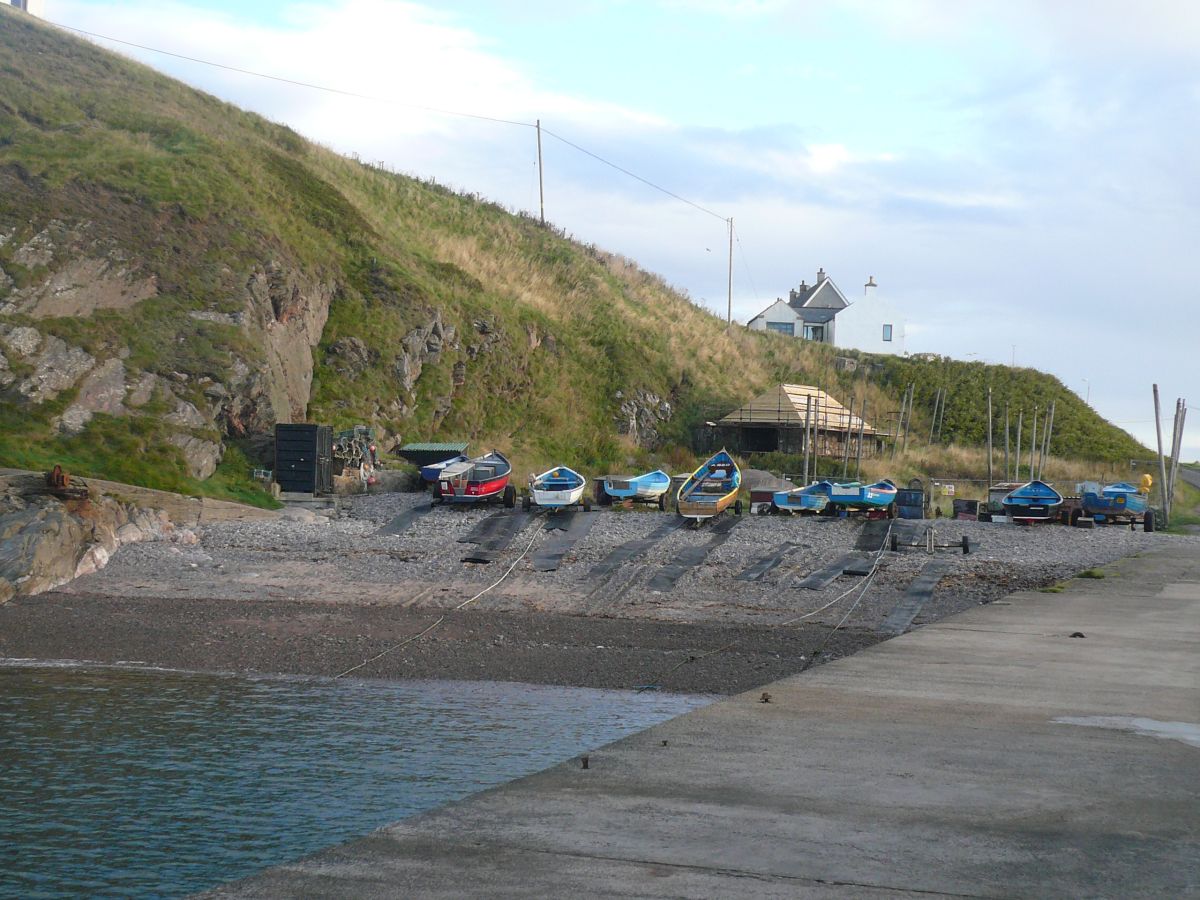 On 25th April 2014, the fishermen of Cove were issued with an ultimatum by Mr Pahled Kolhe via his solicitors, McKinnons, to remove their vessels and all associated equipment from the harbour within 14 days.

Otherwise, as then stated, Mr Kolhe “may then be forced to take legal steps for its removal.”

Needless to say no boats or equipment were removed from the harbour in the intervening period, neither did any court proceedings commence.

In the interim Mr Kolhe changed his solicitors from McKinnons to Stronachs and subsequently contracted two separate site surveys of the harbour area to be carried out,  firstly by DM Hall ( their report was never completed) and subsequently by CKD Galbraith.  The report from the latter indicated the majority of vessels and equipment supposedly within Kolhe’s property.

On the 26th August 2015, a second ultimatum was issued via Kolhe’s solicitors, Stronachs, stating that the fishermen:

“if these fishing vessels, equipment and winch huts are not removed within 14 days of this date (26th August, 2015) our client will commence court proceedings against your clients to enable him to obtain vacant possession of his land”

In addition to this demand, Kolhe insists in the same letter that there shall be no parking of vehicles in the harbour area otherwise he:

“will have no alternative but to raise proceedings to prevent this.”

To support this view, Kolhe has had a metal sign erected at the entrance to the harbour area, with the wording – “Cove Harbour Private Property”.

Generations of fishermen have worked out of Cove harbour for the best part of 4 hundred years.  The harbour was a natural inlet which provided a safe haven for the men to beach their vessels and to land catches as well as provide areas to store, dry and maintain their fishing gear.  These activities have been pursued continuously, without hinder, ‘til present,

Within the last 150 years, the harbour has undergone upgrade in the form of two piers being constructed as well as a metalled access road, the latter being funded via donations from the local community and by Kincardineshire council.

The harbour has always been a great attraction for visitors, either simply to take in the fantastic scenery or to pursue recreational activities such as kayaking, scuba diving, photography, rock climbing, fishing, rock pooling, boating, picnics, swimming, to name but a few.

It is therefore somewhat concerning to think that there is an individual attempting to gain “vacant possession” of the majority of the land and shingle beach at the harbour and  who  seems hell-bent on preventing people from accessing the harbour by car or other vehicle either to carry out their business or simply for recreational purposes.

Who knows what the final outcome will be – but for the time being no boats or equipment are being removed and fishermen will continue to go about their business as usual.

Note: the majority of the boats at the harbour are registered and licenced fishing vessels and people do actually derive a living from their fishing activities, which is now under threat.

To demonstrate your support for the fishermen and for your rights to continue to use Cove harbour, you can post your views and sign the petition on Facebook page ‘Save the fishing boats of Cove harbour‘.

21 Responses to “The Saga Of Cove Harbour Continues”