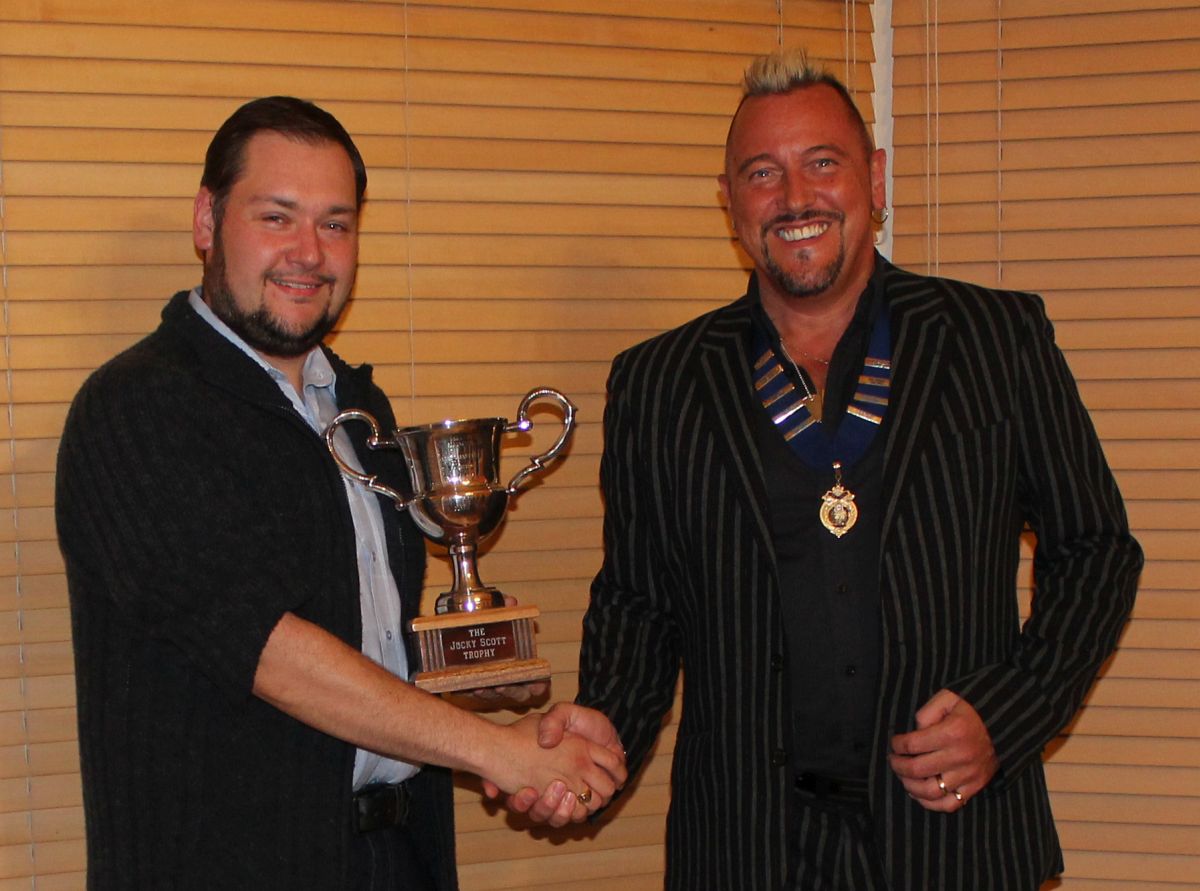 With thanks to Aberdeen Magical Society.

A local magician is celebrating after winning a highly competitive magic contest. Paul Rae was awarded the Jocky Scott Trophy for Entertainment by members of the Aberdeen Magical Society.

The trophy was presented by president Garry Seagraves after a close competition on Tuesday, September 22.

To fight off tough competition from four other local magicians, Paul performed a unique routine in which he predicted the outcome of a superheroic battle to pick up the trophy, which is awarded for pure entertainment value.

“I am almost speechless. I really never expected to win. I have been playing about with this idea for a while, as I wanted to create something that was interactive and fun with lots of laughs.”

The Jocky Scott Trophy for Entertainment, named after a popular former member of the society, is one of three annual competitions held by Aberdeen Magical Society, and was first awarded in 1985. Judged by a panel of magicians and invited members of the public, the award is given to the competitor who – simply – is the most entertaining.

Aberdeen Magical Society was founded in 1926, and is one of the most active magical societies in the country. With a membership ranging from full time professionals to amateur hobbyists, all those with a genuine interest in magic are welcome to join. Providing a warm and welcoming environment for magicians in the north east of Scotland, Aberdeen Magical Society is dedicated to developing the art of magic. In 2016, the society will celebrate its 90th anniversary.