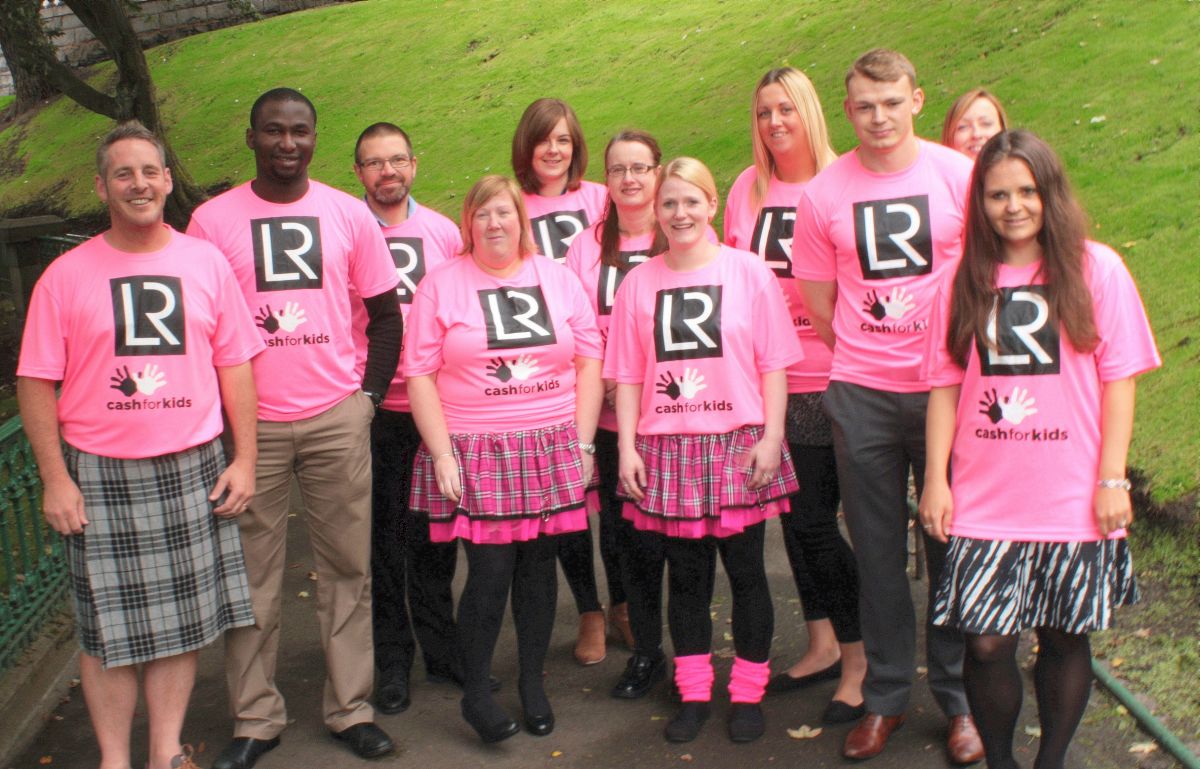 Staff from the Aberdeen office of Lloyd’s Register pulled on their walking boots recently and completed a 26-mile walk in aid of local children’s charity Cash for Kids.
A 26-strong team from the global engineering, technical and business services organisation took part in the Aberdeen Kiltwalk, which saw them walk from the city’s Duthie Park along the Deeside Way to Potarch.

In the process the group raised over £4,800 for Cash for Kids, which supports sick, disabled and disadvantaged children and young people living in Aberdeen and Aberdeenshire.

This was the second successive year that a team from Lloyd’s Register had taken on the Aberdeen Kiltwalk. Nineteen staff completed the route last year and encouraged others to participate this year.

The team was inspired to complete the walk in aid of Cash for Kids after learning about the work the charity does to support young people living in the region. Both the walk and the charity fit with Lloyd’s Register’s values of supporting local children’s charities, encouraging team building and promoting health and well-being. Staff took the opportunity to strengthen relationships with staff in the firm’s other Aberdeen offices by including them in their team.

In total the group raised over £7,700, with £2,900 being distributed amongst the event’s other charity partners.

Dressed in kilts and tartan tutus, the group encountered mixed weather on their fundraising stroll. It was warm throughout, and although they basked in some sunshine they did endure heavy downpours of rain and hail. Each team member took an estimated 58,000 steps to cover the distance, with some picking up blisters along the way, caused either by poorly chosen socks or footwear.

“I came up with the idea of participating in the Kiltwalk in 2014 and roped in a large group of colleagues to take on the challenge. It was such a fantastic experience that I jumped at the chance of participating again in 2015. The aim was to put together an even bigger squad and surpass the phenomenal amount of money we raised last year, which we did.

“My walking partner for the majority of the day, Stuart Murdo, and I were first from our team to cross the finish line in a time of six hours and 26 minutes. The final member of the LR Kiltwalk team that I had ‘willingly assembled’ completed the route 10 hours and 9 minutes after setting off from Duthie Park.

“As we sat in the park at Potarch, enjoying the live music with some well-earned refreshments, comparing our aches and blisters whilst watching walkers finish the event, it started to hit home with everyone what a fantastic achievement we had made as a collective team.

“The incredible fundraising efforts through sponsorship and events supported by the local LR office for Cash for Kids made every painful mile worthwhile.  Motivating us along the route were pictures of the children that the money raised would be directly helping.  It spurred us all on and will do so when we take on the challenge again in 2016.”

“This was a fantastic effort by all of the Lloyd’s Register team.  Walking 26 miles in one go is no mean feat, and resulted in blisters, sore feet and aching joints. The sense of achievement in completing the walk and the knowledge of how much they had raised will no doubt have soothed their aliments for a short while.

“It is the individuals and groups that take on challenges such as the Aberdeen Kiltwalk which plays an important role in the charitable sector. This donation of over £4,800 to Cash for Kids could either help to fund intensive physiotherapy for a child with cerebral palsy, purchase equipment for children to use at a community skatepark, or buy a specialist bed for a disabled child.”

Cash for Kids is Northsound Radio’s listeners’ charity. It makes grants to individuals, families, children’s groups, organisations and projects throughout the Northsound transmission area. All money is raised locally and spent locally to benefit local disabled and disadvantaged children and young people under 18.

More information on Cash for Kids can be found at www.northsound1.com/cashforkids, or telephone 01224 337010.