With thanks to Graham Robertson, Blues Rock Aberdeen. 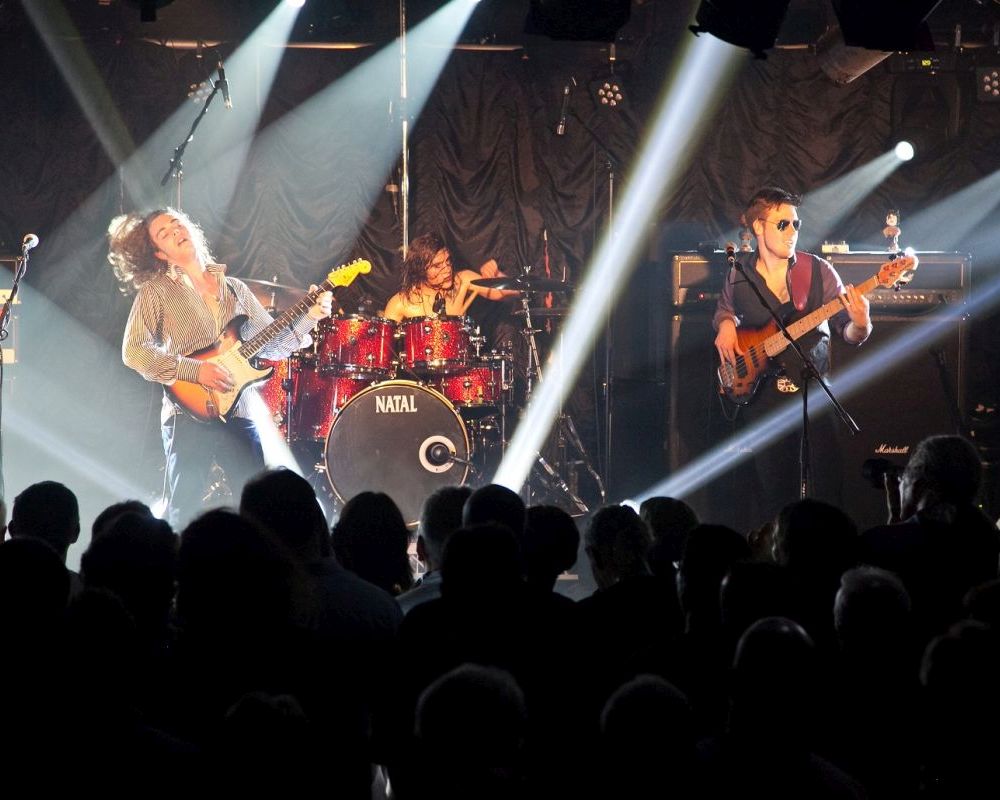 Virgil and the Accelerators.

With their incendiary and seemingly-telepathic live delivery, Virgil and the Accelerators will be playing at The Tunnels, Aberdeen on Friday 15 May, great news for live music lovers and aspiring local musicians.

At four years old, Virgil McMahon was playing his father’s mandolin and, by his early teens, he was absorbing the sounds of Hendrix, Billy Gibbons, Joe Bonamassa and Stevie Ray Vaughan.

In 2008, McMahon’s 14 year old brother Gabriel stepped up, quickly developing into a powerhouse drummer and the seeds were sown for the growth of a formidable band. The addition of Jack Alexander Timmis on bass, saw the final chapter written and the dynamics, raw energy and emotionally-charged power of this creative young act exploded on to the UK music scene.

Touring relentlessly across Europe in their own right and supporting Michael Schenker, Uriah Heep, Tracer and Wilko Johnson has built the band a loyal, growing fan base and with a 20-day tour of the UK about to start, fans are in for a real treat.

Now with two critically-acclaimed albums, The Radium and Army Of Three behind them, the band’s chemistry onstage is perfectly summed up by Pete Feenstra of Get Ready to Rock:

“One minute guitarist Virgil dredges up a few Billy Gibbons licks, the next he’s going back to Keith Richard for source classic rock riffs, before he memorably loses himself in the moment and drags the audience to another place. He’s not on his own of course, as his brother Gabriel evokes the ghost of Keith Moon with furious excursions round his kit to launch the band on to another level.

“And standing stage right is the indomitable Jack Alexander Timmis, the veritable anchor of the band, who makes sure the wild musical excesses are kept in check with some essential root notes, while his back-up vocals bring extra depth to the hooks.”

Check them out here:

The band will be performing at The Tunnels, Carnegies Brae, Aberdeen on Friday 15 May. Doors open at 1930. Advance tickets cost £10.00 and can be bought by calling 01224 641122 or online at http://www.aberdeenperformingarts.com/events/virgil-and-the-accelerators