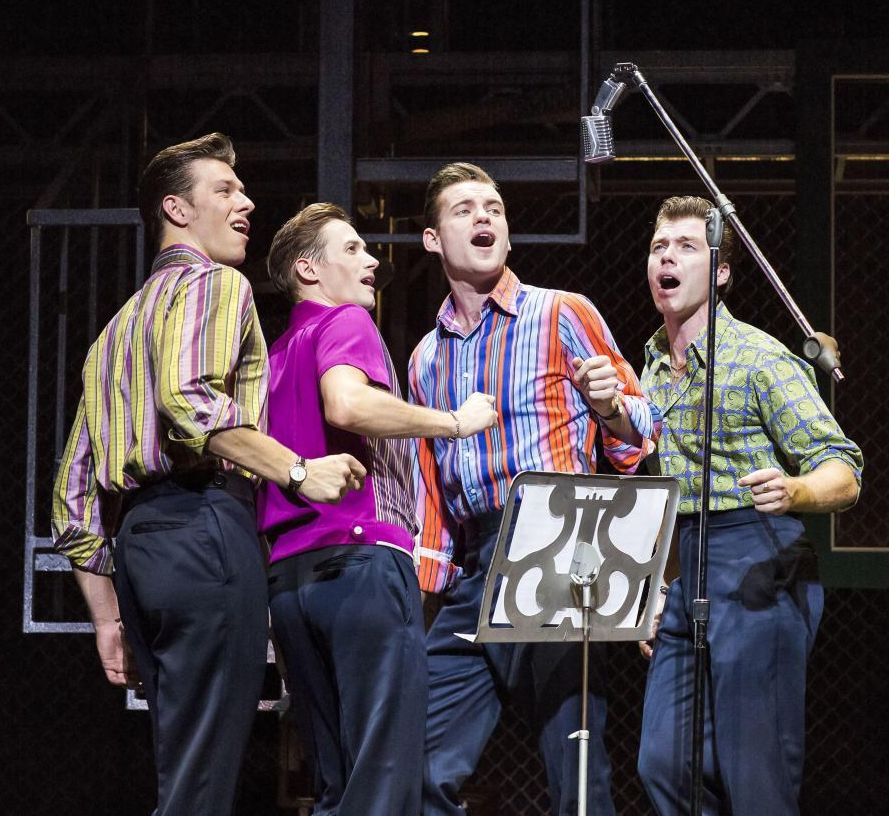 The Rock and Roll Hall of Fame arrived in Aberdeen this week in the form of the 1960s era, jukebox-style musical, Jersey Boys, and it would be fair to say that the audience went wild.

From curtain rise to curtain call this is a highly polished and electrifyingly energetic production.

After almost a decade touring worldwide, who would expect otherwise.

With a pedigree of 27 Top 40 singles including Big Girls Don’t Cry, Walk Like a Man and Rag Doll, the original Four Seasons’ tough but tender doo-wop harmonies continue to wow Rock ‘n’ Roll fans of all ages.

Add to the mix around 100 million record sales, and it’s difficult to see how Director Des McAnuff’s musical portrayal of the group’s often troubled rise and fall could fail to please the theatre audience.

As always, casting makes or breaks a musical, and the choice of Belgian-born actor Tim Driesen – Rock of Ages and We Will Rock You – to play lead Frankie Valli is more than satisfying. Bearing a passing resemblance to the young Frankie, Tim’s stage presence and ferocious falsetto vocal range steal the show.

Sam Ferriday as songsmith Bob Gaudio, Lewis Griffiths as the gentle Nick Massi and Stephen Webb as the renegade Tommy DeVito complete the band lineup and in numbers such as Sherry and Bye Bye Baby, the quartet’s performance bordered on the magical. At times it was difficult to separate performance from reality.

After all we are talking here about a group which disbanded in 1977. The 20th century rock genre still commands massive audience appeal however, as gems such as John Byrne’s Tutti Frutti and Richard O’Brien’s Rocky Horror Show indicate.

The narrative is neatly subdivided Vivaldi-like into Spring, Summer, Fall and Winter, with each band member taking a turn to relate his own particular version of the band’s rise and fall. Interspersed throughout by around 30 original Four Seasons hits, this approach works well.

As the rags-to-riches story plays out and the discord between band members becomes unbearably raw, the musical score keeps pace.

Spring’s I Can’t Give you Anything But Love leads on to the prohibition-inspired Oh What a Night of Summer. 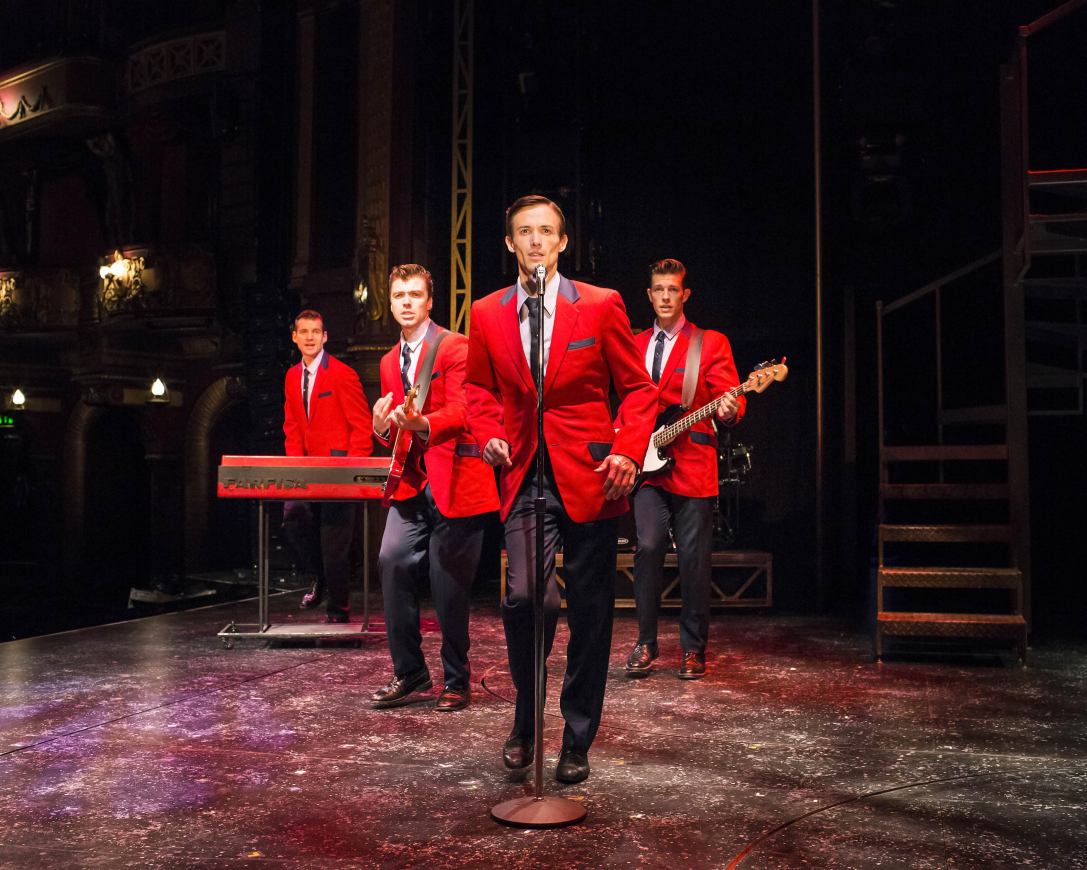 The Big Man in Town of the Fall gives way to Winter’s Fallen Angel and Who Loves You. In the end of course, all is calm on the wrong side of the tracks, and the Four Seasons are admitted to the Hall of Fame.

Yes of course the quartet’s story is told in a somewhat fictionalised form. As a musical though, the story works well.

The gang connections, for example, might be ever so slightly romanticised, two rather than one of Frankie Valli’s daughters actually died, one by apparent suicide and one by drug overdose in 1980; and the real Tommy DeVito denies being an untidy room-mate who peed in the sink.

“I was probably the cleanest guy there … I don’t even know how they come up with this kinda stuff,” he told the Las Vegas Review-Journal recently.

But this is theatre after all, and a wee bit of spin in the name of entertainment is not unwelcome.

If there is one minor criticism it would be that there is little reference to the contemporary music scene.

The storyline exists in an explosive bubble of doo-wop and aside from a reference or two to Bob Gaudio’s pre- Four Season’s hit Short Shorts and some discussion about how to get airplay on prime time radio, we are pretty much left in the dark about the general music scene in the far off 1960s.

The supporting cast were superb with Nathaniel Morrison’s Barry and Charlie Allen’s Swing due special mention, as of course is Matt Gillett who plays record producer Bob Crewe.

Lighting, sound and set are slick and the costumes are both pin sharp and iconic.

All in all Jersey Boys is a show well worth seeing.