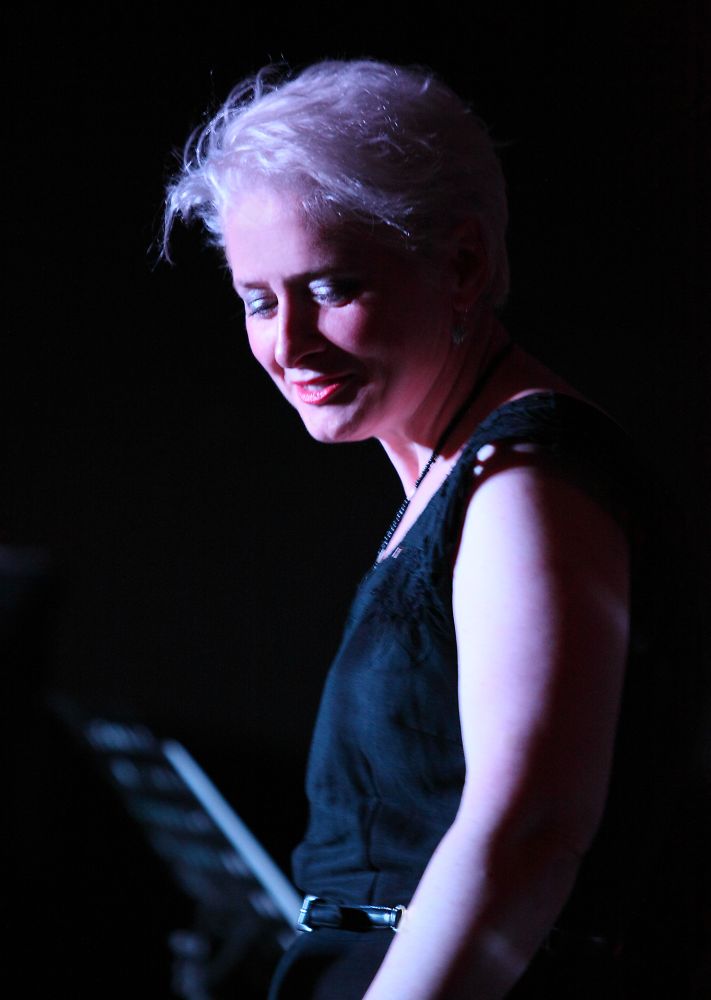 Both sensitive people, easily hurt by the hard knocks of the music business and the racism that was a way of life in those years, they found solace in each other.

Cindy says about the show:

“Billie Holiday is a legend, but not everyone knows the fascinating stories behind her life and that of her soul mate Lester Young. In that way the show is far more than just a concert. Anecdotes between songs make the music come alive.”

Lady Day & The Pres takes place at the Carmelite Hotel in Stirling Street on Sunday March 22nd, at 7.30pm and tickets include a 3-course dinner. In addition to this performance, Cindy is bringing a second show to the festival, specifically aimed at families with children.

As part of the ‘Jazz on the Green’ outdoor programme, the jazz singer will perform a unique family-friendly show called ‘Get your Groove on!’ to introduce children to jazz and live music and to “get the whole family up and dancing”. Tunes will include songs from popular kids’ movies like Snow White, Pinocchio, Toy Story, Cars, Monster Inc & 101 Dalmations.

Jazz on the Green is a free afternoon event taking place in the city’s Merchants Quarter on Saturday 21st March, with live jazz performances outdoors on the Green and in venues around it.

Cindy says about ‘Get your Groove on!:

“The kids’ show is so much fun, everybody loves it and it is great to see the kids enjoying their favourite songs performed by a live band rather than watching it on DVD.”

Cindy Douglas, who is based in Aberdeenshire, gigs regularly in Scotland and has developed a broad repertoire that ranges from swing to post-bop and encompasses everything in between.

She has studied with some of the world’s leading jazz vocal educators, including Mark Murphy, Sheila Jordan, Jay Clayton, Anita Wardell, and Liane Carroll and her singing style has been described as exuberant, mesmerising and versatile.

In 2012, Cindy released her first album, My New Jive, which was recorded in London with pianist Tim Richard’s trio.