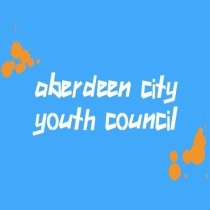 With thanks to Michael Hutchison.

Welcoming the news the news that David Cameron and Nicola Sturgeon will work together to ensure that 16 and 17 year olds get the vote in time for the 2016 Scottish Parliament elections, Aberdeen City Youth Council Chair, Rebecca Lindsay has commented:
“This is a significant step forward for votes at 16 in all elections.”

“I am delighted that 16 and 17 year olds will have their say in Scottish and Local elections from 2016 onwards.

“There is still however still work to be done to ensure that the voting age is lowered in UK and European elections. The referendum saw young people engage and turnout in amazing numbers and helped us to get to where we are now. We need to see this as an opportunity to do that again and win the vote in all elections.

“This campaign has united the five parties at Holyrood and has seen the First Minister and Prime Minister find common ground. Votes at 16 is a cause people are rallying around and I hope that will continue.”

Martin Close, who will get a vote in 2016 elections if the proposals go ahead, added:

“I was very grateful to be one of the many 16 year olds in Scotland who gained the vote for the referendum earlier this year.

“If it is decided not to lower the voting age then I will be one of the many young people who would not be able to vote in the 2016 Holyrood Elections. It seems strange that I would be allowed to vote on such a huge matter for Scotland’s future but not get to vote in a normal election for parliament.” “Young people have shown that we are more than capable of taking on the responsibility of voting.

“It is very important that young people are given the opportunity to vote in every single election which affects our lives.”