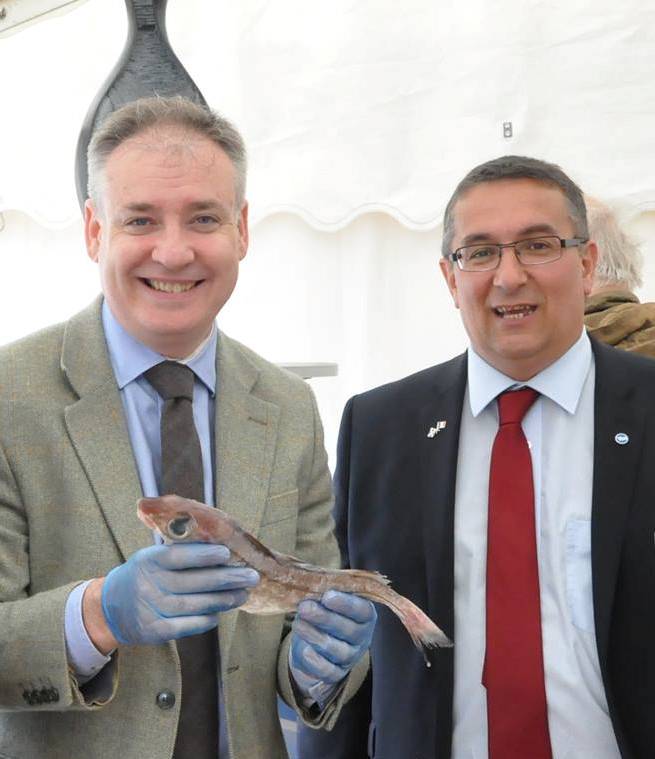 SNP MSP Christian Allard has criticised the Westminster government for acting against the interests of the Scottish fishing industry.

Mr Allard, who attended the SFF’s annual dinner in Edinburgh where Mr Dougal made his comments, said the decision to draft Rupert Charles Ponsonby, 7th Baron de Mauley into the negotiations is wholly inappropriate and further proof that Westminster is failing to prioritise the interests of the Scottish fishing industry.

The SFF have been fully involved in the Smith Commission process and have expressed a desire to see the Scottish minister take a lead in EU fishing negotiations, yet the actions of Westminster have quite clearly ignored this appeal.

“This is yet another brazen example of Westminster showing a blatant disregard for the will of the Scottish fishing industry.

“Yet the Westminster government has failed to grasp this fact and continues to work against the interests of Scottish fishing.

“How dare the UK government use every opportunity to brand EU institutions undemocratic when they have enlisted a hereditary peer to represent the Scottish fishing industry? This is a wholly inappropriate decision in what are incredibly important negotiations for Scottish fishing.”

The Scottish Government’s Fisheries Minister Richard Lochhead, who has been in post for 7 years, put in the request to the UK Government to speak in the talks. However, Conservative Lord deMauley was instead chosen to represent the UK in the discussions.

Matters being discussed at this week’s EU Council included the landing obligation, or ‘discards ban’, which fishing industry leaders have warned could be disastrous for Scottish fishing if key concessions are not won.

“Today we found ourselves in the crazy position of un-elected Lord Rupert Ponsonby, 7th Baron de Mauley, representing the UK Government and making the briefest of interventions – after being passed a note by an official – on a crucial discussion on the issue of fish discards – an issue the Scots industry tell me is one of the most important they face.”

“This week’s Council meeting addressed issues which largely impact the Scottish industry yet an unelected Lord with next to no experience of fishing was chosen by Westminster to speak on the industry’s behalf. With the discards ban looming large on the horizon, we need the strongest voice for our fishermen. Instead, Scotland’s interests were completely frozen out of these critical talks.”