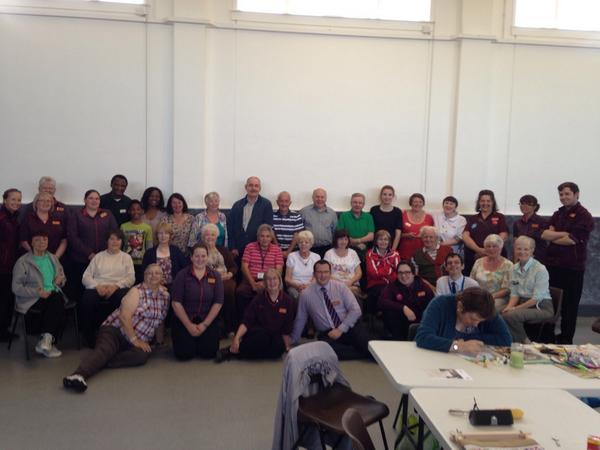 Future Choices is a disabilities charity based at Inchgarth Community Centre in Garthdee. It celebrates its sixth Birthday this month.

The charity has been helping the most vulnerable gain social inclusion since 2008, and it is growing daily while remaining voluntary and self-funded.

Recently, Sainsbury’s at Garthdee chose the group as its Local Charity of the Year.

Partnering up with other bodies doesn’t stop there though, as Future Choices is now affiliated to the Chest Heart & Stroke Scotland charity too.

“This support really strengthens our position within the city of Aberdeen, and furthermore, we have the support of Lawrence Milne Decorators, based in Berryden and Ellon who will for one year be donating proceeds of the five pence bag charge to Future Choices. I never ever thought that the charity would be where it is, but I’m thrilled it is where it is and it’s down to having an amazing dedicated team behind me.”

The charity members, who suffer from various physical disabilities, have seen their lives improved by the work of the charity. Its management is very much aware that there are more vulnerable adults out there. Future Choices wants to be able to spread its message to give them hope and the positivity to realise that social isolation doesn’t need to be a regular thing for them.

“Having my mum, who benefits from the charity, there by my side is the biggest motivation I could ever have. Being not only the chairman for the charity but her full time carer has its challenges, but I’ve seen her benefit from the group a lot, building friendships and having fun.”