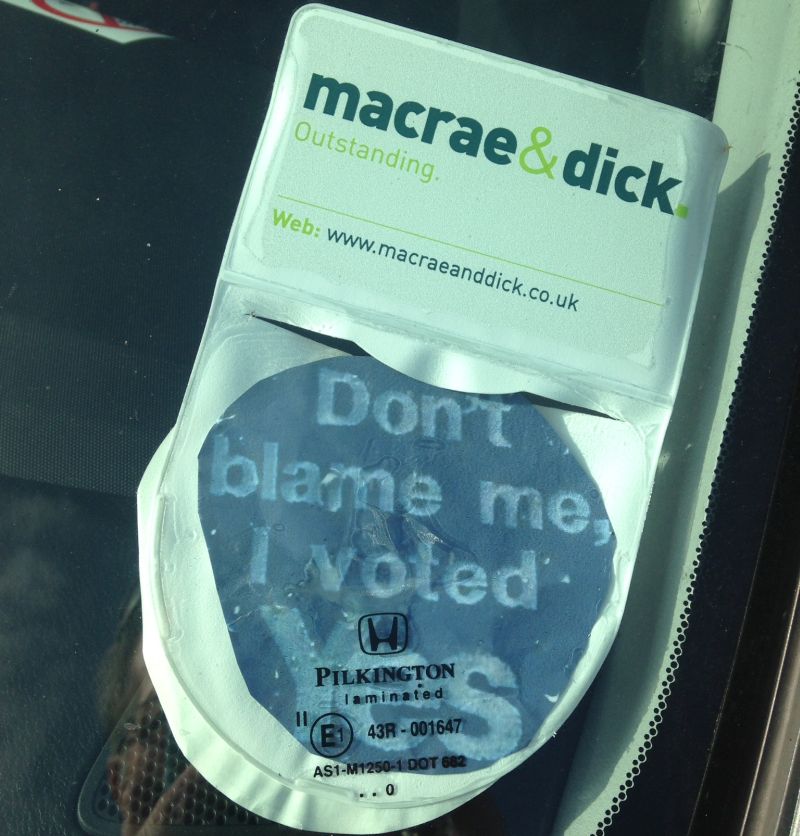 The galvanisation of the people is only growing stronger, with groups like ‘The 45’, Women for Indy and The National Collective, working to achieve more powers, as promised by all WM leaders and has been, Gordon Brown.

Surely it is only a matter of time afterwards, that if the powers promised are granted, or if they are not, the populace will realise that we can either ‘manage quite well thank you’, or, if the latter prevails, ‘let’s ditch these liars.’

Meaning the indy situation will come round again.

Right, now I know these comparisons aren’t exactly equal, but the theory, I believe holds up.

When that fateful day in September came around, and over 80% of us trotted off to our local polling stations, to cast our vote, ( ok, I am aware that many had already put in a postal vote, but you know what I mean) we went in there with hope in our hearts and a smile of determination on our faces.

The country, as we know, was invigorated – young and old – many of us staying up all night as the results came in.

Despite the polls, most people presumed that the independence vote was going our way.

Why else would Aberdeen council have erected double barriers around all the statues in the city centre? Actually why did they do that? Did they expect the victorious YES supporters to attack them in their celebrations with sledge hammers and pneumatic drills?

Not at all. They were just going to be sore losers and block people from perhaps climbing on them and draping them with saltire flags.

In the end it was an un-necessary waste of funds, as silent depression was the order of the day, not celebration.