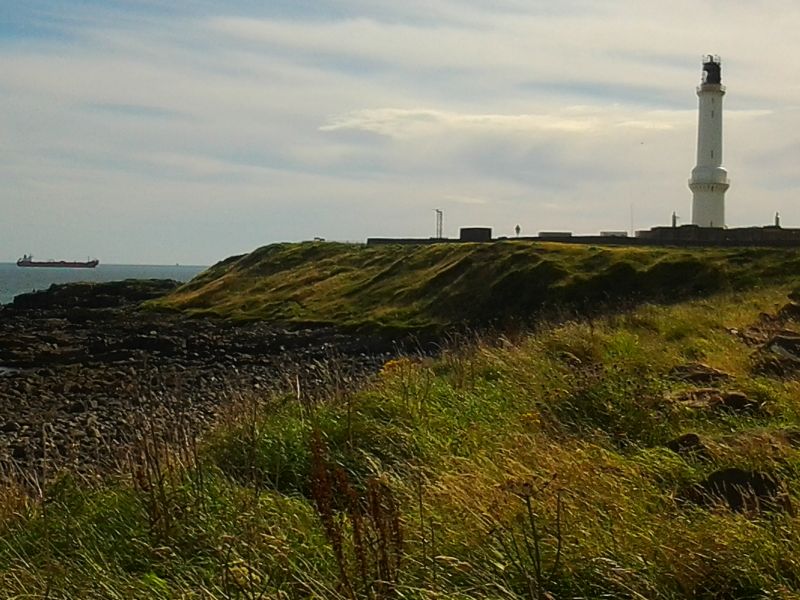 This Monday and Tuesday is your chance to see what’s proposed for Torry’s Nigg Bay: an extension of the industrial harbour into what is now public recreational coastal space and an important wildlife spot.

“Aberdeen City Council, Aberdeen Harbour Board and Scottish Enterprise are preparing a Development Framework for Nigg Bay, Altens and East Tullos which will consider the long term development and regeneration opportunities arising as a result of the proposed new harbour at Nigg Bay. We are seeking your opinions on the future development of these areas and are holding a series of public exhibitions at which we would welcome your feedback.

“The next exhibition will be held at Old Torry Community Centre on Monday 15th September 1pm—7pm and Tuesday 16th September 12pm—5pm.

Area residents are already fighting a battle over their poor air quality as the sewerage plant’s stench has spawned its own Facebook page. Nigg Bay is a popular spot with wildlife tourists, who come from all parts of the globe to see Aberdeen’s coastal marine life (dolphins, seals, whales) and bird life (protected species include swans and eider ducks).

Despite indicating they would keep Aberdeen Voice’s Suzanne Kelly advised of all developments, no one from the Harbour Board has been in touch about this matter.

Potential drawbacks to this scheme include:-

In return for that land sale, they were promised the ridiculous ‘gift’ of public lavatory facilities near Victoria Bridge – which the Harbour Board refused to agree to.

The Scrabster Harbour has been given a Government grant to expand recently, and it is more than able to deal with demand from the growing decommissioning sector. Nigg fabrication yard likewise has facilities in existence suitable for servicing the decommissioning industry.

I for one do not want to see my neighbourhood transformed for health and environmental reasons – but clearly residential property will decrease in value if expansion is approved. No residents, taxpayers or voters will accept this plan.

In fact there is a case to make that eventually harbour use will decrease in coming years – competition with other Scottish harbours, changes in energy generation to renewables, and dwindling oil supplies will have an impact. The environment is not to be sacrified for an increase when so many other harbours can also service temporarily increased demands.

Potential pluses include more money for the Harbour Board, dock work employment.

Whatever your view, this is your chance to see the plans and make your opinion count.

3 Responses to “Torry Harbour Development: Have Your Say Now”