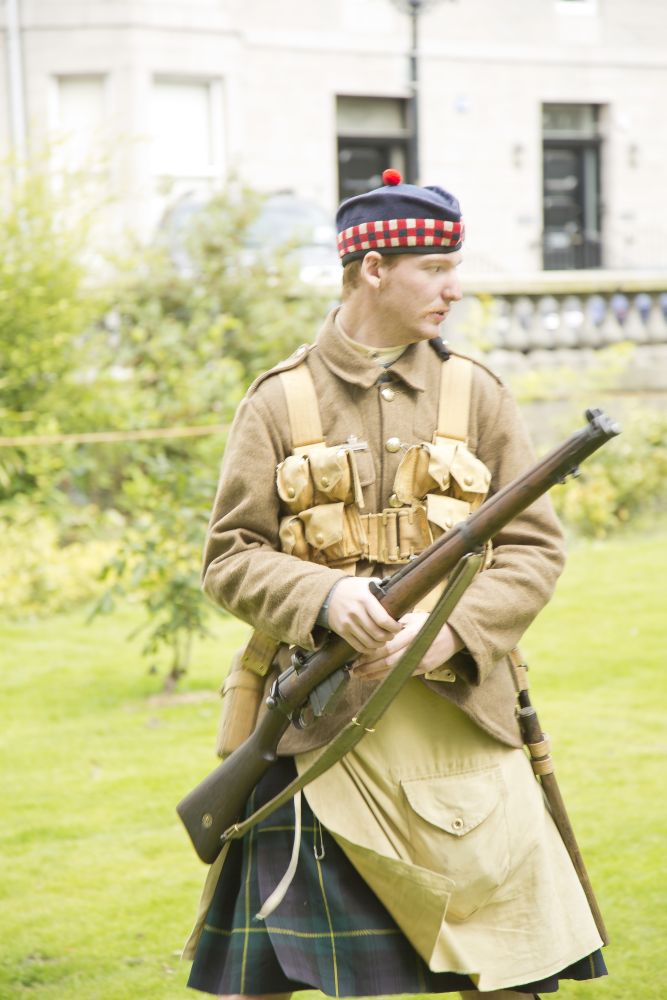 Annoyed by Niall Ferguson’s description of the Scots as devils in skirts, Duncan Harley takes umbrage.

Some months ago I interviewed various folk who were extremely concerned about stray dogs in far off Romania.

At first all seemed well. After all who amongst us dislikes puppies and which one of us supports the killing of mans best friends.

Dead dictator Nicolae Ceaușescu had decided to centralise the workforce and forcibly move crofters to the cities. The dogs and indeed most rural animals were left behind in the countryside.

Packs of hungry dogs ruled the streets and open bounty hunting was declared on the unsuspecting cuddly pooches.

The result was of course a wave of horror amongst animal lovers. A traffic in Romanian canines developed and, for around £600 a pop, folk in Scotland could adopt a Romanian street hound. No questions asked and delivered to your door for a fee.

Having been asked to report on the trade I soon discovered that there were insider interests at work who perhaps felt threatened by outsiders looking in. I of course backed off. At 10p a word who in their right mind wants to get shot or worse? The nutters had made their presence felt.

In today’s pre-referendum debate things are hotting up in the battle for the hearts and minds of the voters of the Garioch.

A group of Better Together Campaigners are hiding up a lane near Marks and Spencer’s in the hope of ambushing affluent but undecided locals.

The No folk are nowhere to be seen having left for better climes.

A flash mob of Yes campaigners is due to assemble outside the town hall at 7pm on pre-referendum night. However, having alienated local media, they may be in danger of being completely ignored. Comments such as “prick bastards” and “won’t be helping line the pockets of so called journalists” has led to a press boycott.

Yet again, the nutters have made their presence felt.

Wakened at dawn to thunderous drizzle.

I need a haircut and I need to vote.

Inverurie Town Hall is not renowned for good lighting so I pause to put my glasses on before writing a cross within that wee box above the no vote.

Which one should I tick?

My line to the Dalai Lama has proved fruitful. He was kind enough to say that he thought that Scotland’s future should be decided by its people and not by its politicians. What a nice man.

A friend sent me a link to McGlashan. How us Scots invented everything from chairs to frogs: https://www.youtube.com/watch?v=zaJPOVGlEPs&feature=youtu.be

A son sent me his latest parody on the Scottish question: http://www.flockofink.co.uk/comics/67/1

And from the grave Michael Marra sang: https://www.youtube.com/watch?v=yOwH9hmjNrM

By the time you read this it will all be over either way. The Yes and the No will have gone whichever way and the other half of those of us who make up the population of our purple and pleasant land will no doubt be feeling quite bereft.

The black vans which have been touring the land will have been stripped of their campaign slogans and placed on a forecourt near you to be sold as new to unsuspecting customers. Loudspeakers silenced and engines turned off they will be sad reminders of what could have been. Status quo or new Scotland, who can tell at this historic moment.

In last weeks Times, Niall Ferguson writes about the “Battle for Britain”. A well formed but sadly misinformed piece if ever I saw one.

Described as Scotland’s leading historian, Niall tells tales of failures to enter the world cup and suggests that the Proclaimers 1986 letter from America hit has relevance in today’s Scotland. Describing Scottish regiments as “devils in skirts” he suggests that since most Scots live abroad and claims that 6 million of us, yes 6 million, live in the USA.

Nothing of course could be further from the truth. Yes there are many Scots living abroad. Most of them are either ex-pats or second generation folk with Scottish ancestry. Can they vote for Scotland’s future? I hope not. When they left our shores most of them resigned from the voting register.

It has so far been a rocky ride.

Roll on Independence is all I can say.

Duncan Harley is a writer and photographer currently living in rural Aberdeenshire. Well travelled both in Europe, the Middle East and Tibet he has a keen interest in local history and is constantly on the lookout for new stories and tales to tell.