Known for their electric live shows, and having already played storming sets at festivals including Glastonbury, Radio 1 Big Weekend and T in The Park, Twin Atlantic embark on their biggest tour to date including a show at the Roundhouse on the 3rd November. 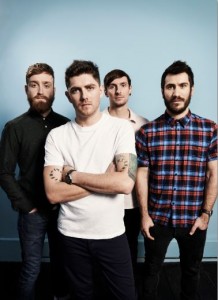 Fan pre-sale starts on Wednesday August 6th at 9am with special album pre-order bundles from Gigs and Tours: http://www.gigsandtours.com/go/twinatlanticpresale

With the massive new single ‘Brothers and Sisters’ ruling Radio 1, stadium support slots with Kings of Leon earlier this year and a set at Reading/Leeds still to come 2014 is set to be conquered by Twin Atlantic.