Yes campaigners in the North-east of Scotland have welcomed a new poll indicating that a majority of North-east voters will cast their ballots in favour of independence on September 18. 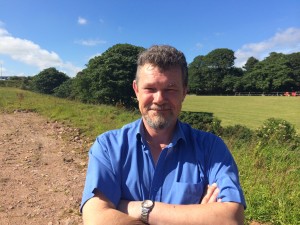 The Survation Poll for the Mail on Sunday, published on August 3 indicates that voters are increasingly moving towards Yes in the North-east with 48.6% of respondents backing independence, 39.8% for no, and 11.6% undecided.[1] The poll follows steady increases for the Yes vote country-wide, with the overall figures for Scotland indicating 40.2% Yes and 45.9% for no – putting the Yes campaign within four points of victory. Yes Banffshire and Buchan Coast organiser Ross Cassie said:

“This latest poll illustrates that momentum is very much with the Yes campaign in the North-east of Scotland. The good people of the North-east are being persuaded by a positive, ambitious and aspirational vision for our future in an independent Scotland; and are fed up of the negative scaremongering of the no campaign which offers no change at all.”

“We will not be resting on our laurels and will continue to take our positive message to the streets and doors of the North-east in the weeks ahead. A Yes vote and a better future is within our reach and that is something that will enthuse and inspire many across the country.”

[1] Survation poll for the Scottish Mail on Sunday, August 3, 2014: http://survation.com/wp-content/uploads/2014/08/Scottish-Poll-Aug-3rd-MOS-Without-Demographics.pdf Comments enabled – see comments box below. Note, all comments will be moderated.