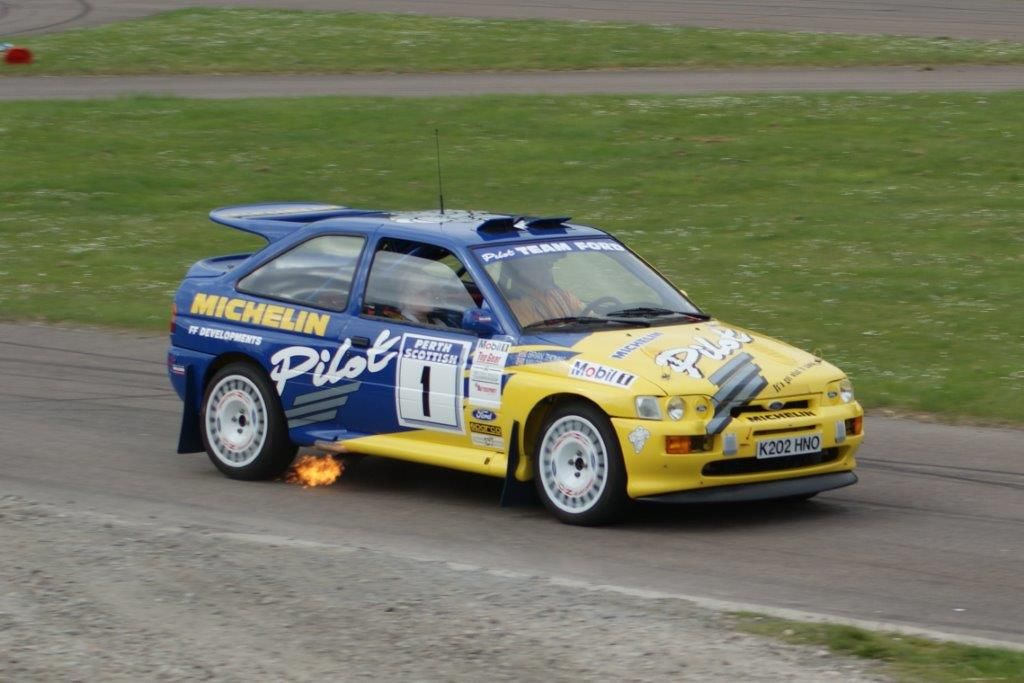 A 1979 Ford Escort MK2, built to the exact specifications of the late Colin McRae, will be displayed for the first time in a number of years when it appears at AllFord this Sunday.
Now owned by the late WRC champion’s wife Alison, the vehicle was commissioned by Gordon Birtwistle of Proflex UK, on behalf of Colin.

With DJM Motorsport confirmed to undertake the special project, work began on the donor vehicle in early 2003.

The Escort was ready by July 2004 and went on to make a number of appearances during 2004 & 2005, rekindling the legendary partnership of McRae and Grist once more.

Also on display at AllFord will be the former WRC champion’s 2001 Ford Focus – Y4 FMC. This car, co-driven by Nicky Grist, was one of the Ford works vehicles which featured in the 2001 World Rally Championship, at a time when Ford was within sight of their first World Title in some 20 years. It was at the Welsh stage of the Rally of Great Britain that an accident in this very vehicle ultimately cost Colin the title.

The Focus was rebuilt and then competed in by Cumbria based Paul Benn before changing hands again and competing in the BTRDA rally, driven by Hugh Hunter. It is now locally owned by north east businessman Bob Shepherd of Station Garage, Torphins.

The organisers of AllFord would like to pass on their sincere thanks to both Jimmy and Alison McRae for their kind support of the event.

Another late addition to the line up is a brand new 2014 registered Ford Mustang Shelby GT500. The Supercharged V8 will add a touch of Americana to the event and will prove to be a real head turner when it arrives from Inverness.

A show ‘n’ shine competition as well as an award for ‘The Choice of the People’ – the vehicle the public vote as their most popular at the event – will add an element of fun to proceedings.

AllFord at Alford takes place on Sunday 31st August from 11am – 4pm. Admission to the event is £5, with children under 16 admitted free.