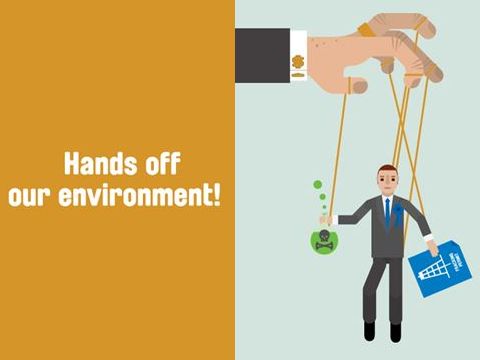 Protests will be held across the UK on Saturday 12 July against a major trade deal being negotiated between the United States and the EU, which protestors say threatens democracy, the environment, and public services including the NHS.
Talks on the EU-US trade deal, also known as the Transatlantic Trade and Investment Partnership (TTIP), began in 2013.

The next round of negotiations starts in Brussels on 14 July.

The deal aims to set up a secretive ‘court’ in which multinational companies can sue governments if they think a law might harm their profits. Tobacco giant Philip Morris is currently using a similar court to sue the Australian government for billions of pounds because Australia introduced plain packaging for cigarettes.

The deal would also slash food, safety and environmental standards in the UK and the rest of Europe down to much lower US levels. Products like hormone-treated beef and pork, and chicken washed in chlorine, could go on sale in the UK.

The deal could also give big companies power to force further marketisation and privatisation of the NHS and education.

“The EU-US trade deal is not really about trade. It’s about putting big business before ordinary people, and allowing companies to override elected governments. It’s a massive corporate power-grab. But there’s huge opposition to it, here in the UK, in the US and in other countries in Europe. If enough people stand up against this deal, we can stop it.”

2 Responses to “Protests Against US Trade Deal 12 July”