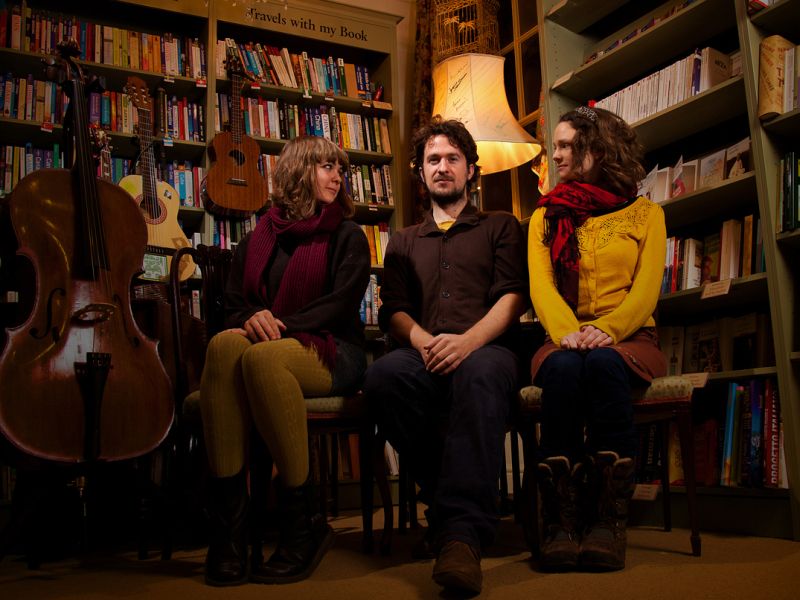 The Bookshop Band were formed in their local bookshop – Mr Bs Emporium of Reading Delights, Bath.

An evening of literary entertainment is set to take place in a popular Aberdeen bookshop on June 3, blending writing with world-class music and magic.
Bath musicians The Bookshop Band will headline the event at Waterstones on Union Bridge, which will also feature a reading from acclaimed author Alan Spence and a performance by local magician Eoin Smith.

Playing original songs inspired by the books they have read, The Bookshop Band play their unique brand of acoustic folk in bookshops around the UK and internationally.

Alan Spence, whose latest novel Night Boat was published in 2013, has strong ties with Aberdeen as Professor in Creative Writing at the University of Aberdeen. Also a prolific writer of poetry and short stories, he has become one of Scotland’s most respected writers since the publication of his first collection, Its Colours They Are Fine, in 1977.

Over the past three years, magician Eoin Smith has become a regular face at variety and comedy nights in and around Aberdeen. Blending humour with jaw-dropping illusions, he is guaranteed to leave the audience spellbound and will also compere the show.

“I studied English Literature at university, so performing at an event like this is a dream come true. I have a lot of time and respect for The Bookshop Band and Alan Spence, so to be appearing alongside them is sure to be a fantastic experience.

“I hope book lovers around Aberdeen jump on the opportunity to attend such an unusual show, and hope that music and magic fans will also come down to check out what promises to be a really unique evening.”

Tickets £8 – available in store and at www.wegottickets.com/autorock