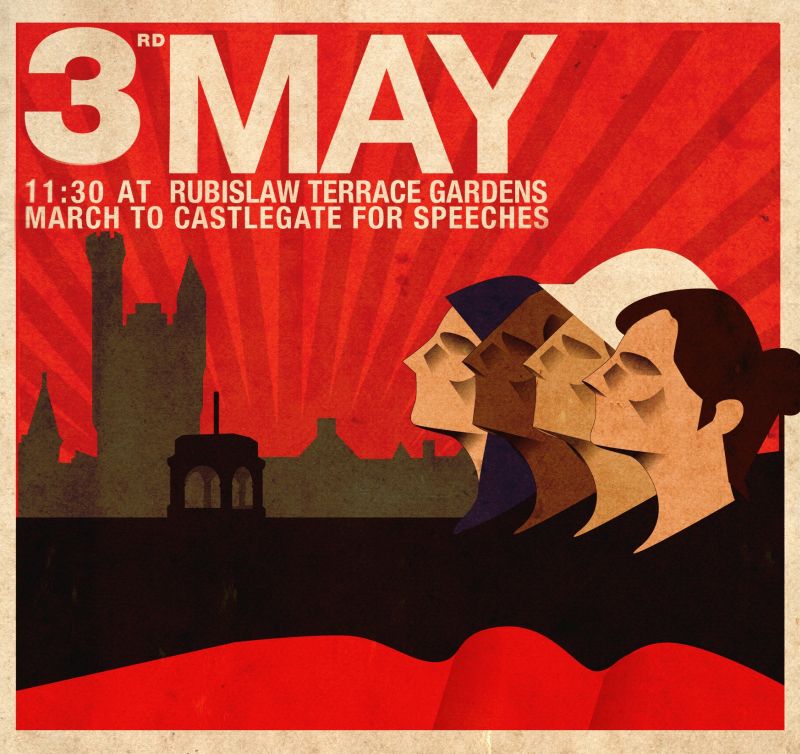 The Annual Aberdeen Trades Union Council (ATUC) May Day March and Rally 2014 will take place on Saturday with its theme for this year to celebrate “solidarity across borders”.

In celebrating International Workers Day, the march and rally will welcome Trade Unionists, friends, families, community activists, community organisations and local politicians to join with ATUC in a family friendly march down the whole length of Union Street to demonstrate  opposition to austerity and to show solidarity across borders.

Organised by Aberdeen Trades Union Council (ATUC), it will march off at 11.30am down the full length of Union Street, to a Rally in the Castlegate at 12.15 where there will be a variety of speakers, including Ian Tasker from STUC and Janice Godrich PCS Union National President, as well as local politicians and community figures.

The march will be led, once again, by the Guarama Drummers who will bring plenty of rhythm, noise and cheer to the proceedings

Alan Robertson, President of the ATUC urged union members, their families and friends, and community activists to attend the march and rally in numbers.

“Once again marchers will be able to march the whole length of Union Street so it is really important that as many trades union and community activists as possible turn out.

“Please bring your banners, flags, pendants and signs to make the march and rally as colourful as possible.”