Youthful Newfoundland trad band, The Dardanelles are widely recognised as one of the best live acts in the world, says Loudon Temple of bloodygreatpr, representing the band in Scotland 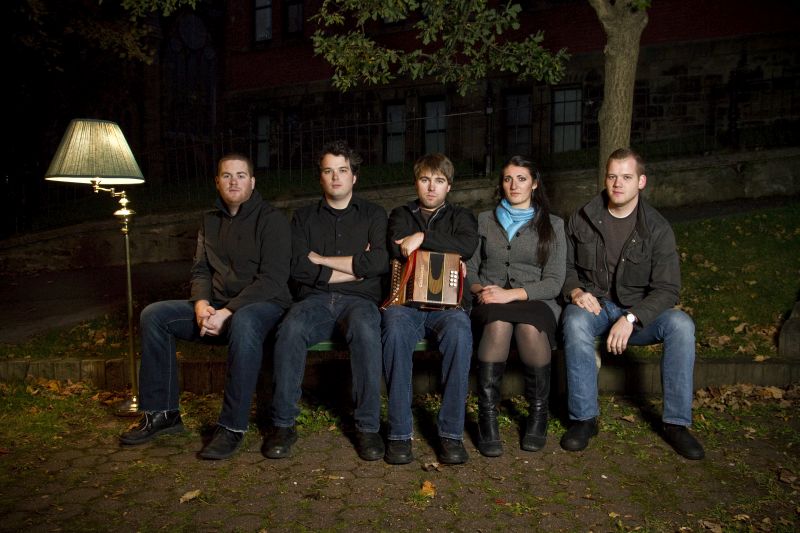 Young Newfoundland trad band, The Dardanelles will be appearing at Glenbuchat Hall.

They’ll be in the NE on April 23, bringing their ‘energetic repertoire of stirring jigs, reels and ballads, delivered with an energy found more often in high-energy rock ‘n’ roll’, to Glenbuchat Hall, Upper Donside on 23 April.

Their headline show at 2013’s Celtic Connections, was regarded by many witnesses as one the festival’s highlights.

It’s what happens each time they hit the road and take their stirring repertoire to the big stage. At last year’s Folk Alliance International event in Canada, delegates all agreed they were in a league of their own following showcases to festival bookers and agents from around the world.

The Dardanelles will be one of the main visiting headliners at Shetland Folk Festival, and there is the opportunity to catch them live at one of the few add-on tour dates in Scotland.

Five strong, the band has previously impressed at major national festivals on their home turf including Winnipeg, Mariposa, and Vancouver.

You can be assured of a warm welcome at Glenbuchat where live roots music is becoming a regular feature of this delightful community hall’s entertainment programme.