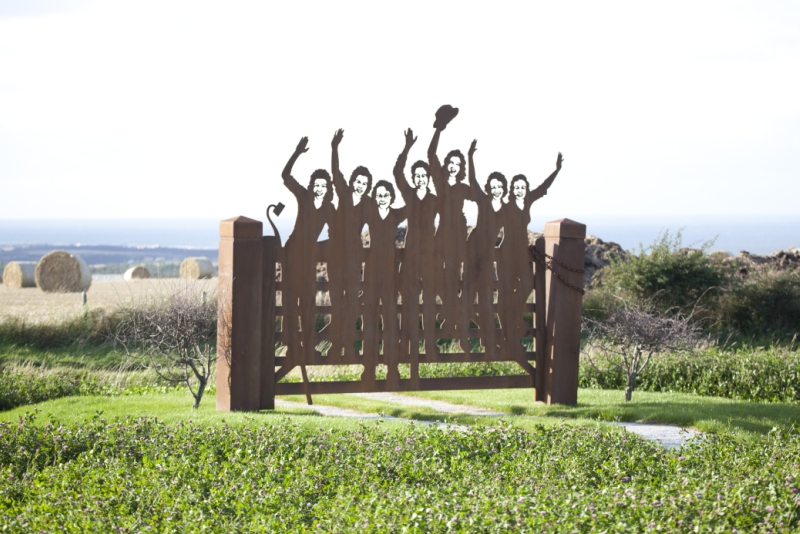 With the outbreak of war in 1939, food production became the focus of various governmental initiatives. Rationing of basic foodstuffs, such as meat, butter and sugar was introduced and wild harvests, such as foxglove leaves, nettles and rosehip berries, were collected in season by volunteers, including schoolchildren, organised by the Department of Health and on an organised and quite massive national scale.

Government departments, such as the Herring Industry Board and the Potato Marketing Board, advised mothers to cook with locally sourced produce.

In a somewhat Orwellian style pronouncement the Food Controller for the North East of Scotland, Mr G. Mitchell, announced that:

“Scotland’s traditional fare, such as tatties, porridge and herring can play a significant part in winning the war.”

Dishes, such as potato carrot pancake and carrot pudding, were promoted as both foodstuffs and also as tonics. Carrot marmalade recipes were published in the local press and eggless oatmeal cookies vied for prominence alongside carrot and oatmeal soup in parish magazines. Both oatmeal and carrots were in good supply, eggs and sugar were, of course, extremely scarce.

Many Scottish golf courses were ploughed up to provide agricultural land and even coastal courses, unsuitable for the growing of crops, suffered the indignity of having  sheep and cattle let loose to graze the turf which, not long before, had been lovingly tended by the green keepers.

Following a record silage yield in a 1940 trial, Aberdeenshire’s Ellon Golf Club gave permission to a local farmer to spread manure on the course in order to increase the yield for 1941 and over 20 acres of the Aberdeen Hazlehead course also fell to the agricultural plough.

Other UK golf clubs resorted to humour to combat the enemy such this extract from the Richmond Golf Club Temporary Rules, 1941:

“ Players are asked to collect bomb and shrapnel splinters to save these causing damage to the mowing machines and  in competitions during gunfire, or while bombs are falling, players may take shelter without penalty for ceasing play.”

Families were encouraged to grow food where possible

Many golf courses, while willing to support the war effort, looked for ways round the issue of the destruction of fairways and greens and quite a few hit on the idea of producing silage for winter livestock feed.

The phrase “long grass on north east courses will help to win the war” became currency until the reality of shortage of tractors and indeed hands on scythes, struck home.

The aptly named Ministry of Fuel and Power had, in any case, urged farmers to conserve tractor fuel in order to ‘speed up the tanks’ which, by this stage in the conflict, were battling it out in the Western Desert somewhat ironically on top of the, then unknown and untapped, oil reserves which could easily have fed the North African Campaign’s war machine.

Families were encouraged to grow food where possible and the Dig for Victory campaign gained momentum as local councils freed up parkland and wasteland nationwide to form allotments.

All of these measures were, of course, seen as necessary due to the restrictions on imports imposed by the war.

In particular, the freeing up of supply ships for the import of raw war materials was viewed as vital and any reasonable means of reducing the level of unnecessary imports was sought. The classic dilemma of the Keynesian economy at war was simplified into a simple Guns or Butter equation and the ‘Kitchen Front’ was born.

The term ‘Kitchen Front’ was, of course, more applicable to the efforts of those, mainly women at that time, who actually worked in the household kitchens up and down the land. As they tried to make some sense of new ingredients such as powdered eggs and corned beef in order to feed their families, a multitude of agricultural workers slaved backstage to produce the raw materials for the nation’s diet.

The Women’s Land Army (WLA) had been a creation of The Board of Agriculture in the early days of WW1. 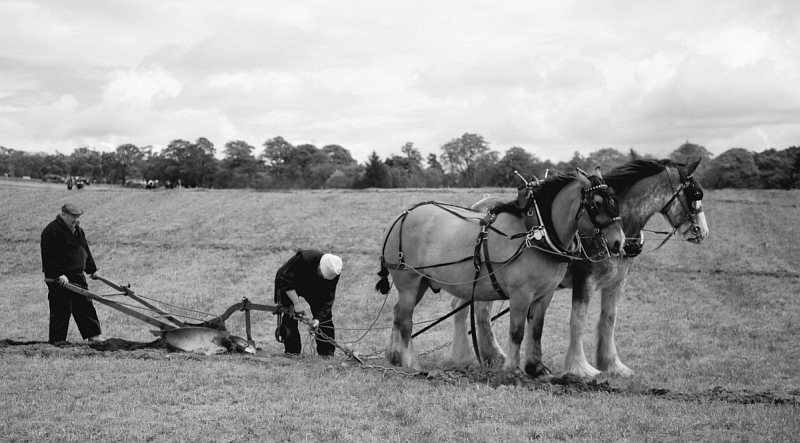 Established in 1915 when Britain was struggling for both agricultural and industrial labour the Land Army eventually peaked at an estimated total quarter of a million female agricultural labourers towards of that war.

In the Second World War the Land Army was re-established under the command of the Ministry of Agriculture and Fisheries (Minagfish for short) and given an honorary head, Lady Denman.

As an ex chairman of the Women’s Institute Sub-Committee of the Agricultural Organisation Society and founder of the Smokes for Wounded Soldiers and Sailors Society, or SSS as it was commonly known, she had some experience of both agriculture and the needs of a wartime economy.

At the start of WW2, Lady Denman at first asked for volunteers, but when those were slow in coming forward, the good lady was advised by the Ministry of Agriculture and Food that conscription would be required in order to fulfil food production quotas.

The Ministry of Supply appointed local co-ordinators to take charge of local recruitment and training and one such official, a Mrs Cook of Ballater, advised that the daughters of gamekeepers and smallholders would make ideal recruits.

In charge of recruitment for the Alford and Deeside areas, Mrs Cook was to be quoted in the local press as advising that “farmers now realise how well these girls have done in tackling general farm work.” However she doubted whether the demand for such labour could be met given the often conflicting priorities of the war time economy.

By mid 1944 the Women’s Land Army had over 80,000 members nationwide whose work had of course been supplemented by Italian and German prisoners of war.

Officially disbanded on 21st October, 1949, the WLA remained largely ignored in the history books and in line with the Bevin Boys and the Arctic Convoy seamen the WLA received scant recognition for many decades until NFU former president Jim McLaren, whose mother Katherine had been a Land Girl, recognised that there was no permanent memorial to the WLA in the UK.

Jim then set up a committee to rectify the situation and within 3 years over £50k was raised.

And so it was, on the 9th October, 2012, that Prince Charles unveiled the Women’s Land Army Memorial at Clochan with the words:

“It gives me enormous pride to be able to join you on this exposed hilltop to pay a small tribute of my own to all of those remarkable Land Girls who did so much when the country was under threat.”

Overlooking the fertile fields of the Moray coast and designed by Yorkshire artist Peter Naylor, the Women’s Land Army memorial at Clochan near Buckie is well worth a visit if you are in the area.

4 Responses to “Women’s Land Army – Bring On The Girls”