Lies, Damned Lies, and The Trump Effect (or 74% of people don’t remotely trust the Evening Express).

Credibility is stretched to new extremes by claims made by the Chamber of Commerce and the Marcliffe’s Stewart Spence concerning ‘the Trump effect’. Numbers, surveys and statistics are used in attempts to demonstrate how positive an impact Trump is having on Aberdeenshire tourism. Suzanne Kelly peeks behind the curtain at the little man pulling the strings, using a satirical survey to demonstrate just how easily statistics can be massaged. 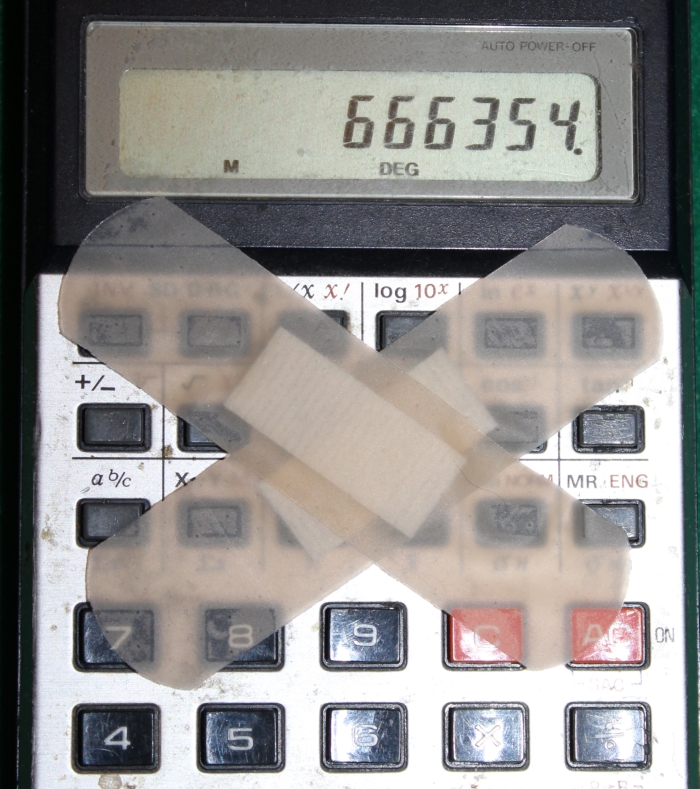 Trump International Golf Links Scotland hasn’t exactly been booked solidly, if its own online booking tool is anything to judge by.

But an assortment of people and institutions which were leading the call for the course to be built are hard at work, convincing us that we’re all better off with money flowing in.

There may be some money coming into town indeed, but here are a few thoughts before we swallow the bait whole.

Ninety-three percent increase in room sales to golfers at the Marcliffe!  Such a precise claim, it has to be accurate doesn’t it?

Many people who’ve heard this statistic are accepting it as proof of Trump having a positive economic impact.

The Chamber of Commerce published an article, “Golf Halo effect benefitting Aberdeen City and Shire hotels by up to 93%” (http://www.agcc.co.uk/news-main/item/21109-golf-halo-effect-benefiting-aberdeen-city-and-shire-hotels-by-up-to-93/).

There is that magic number 93 again. It’s a high number, it’s echoed by Spence, the Chamber of Commerce, and in a few press releases that have been turned into press articles by some of our printed press. This is, in propaganda terms, positive reinforcement; a claim is made, it is repeated, it is not explained in depth by those who want you to believe it.

It starts to sink in.

We have the precise-sounding number ‘93’; we have had that figure reinforced in different media. You would be forgiven for drinking from the trough you’ve been led to and take it for granted that it is true and not to be questioned.

But numbers can be made to do almost anything you want them to do.  Is the glass half empty or half full? The answer depends on the spin you put on it.

Taking that logic forward, let’s consider again the Chamber’s claim that the ‘golf halo’ is benefitting hotels ‘by up to 93%.’  This statistic is nearly meaningless. 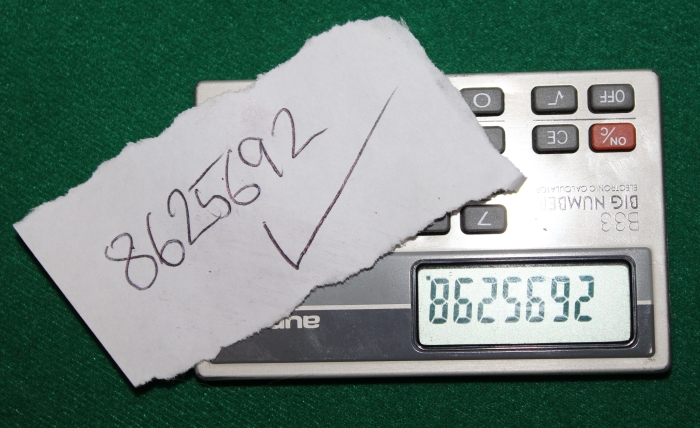 Without further details such as the length of time the assessment covers, what other events were on which could have increased tourist numbers, how was the measurement made, this ‘up to 93%’ means next to nothing.

Furthermore, from most reports it is apparently the Marcliffe’s Stewart Spence claiming this 93% increase for his hotel.

The Marcliffe is a nice spot. Do hundreds of people stay there? No.

In fact there are 7 suites and 35 rooms.

Therefore this 93% increase is not likely to mean any huge number. For one thing, Donald Trump is known to have stayed at the Marcliffe; no doubt some of his large entourage stays with him. Let’s just say Trump gets one suite when he has stayed: Doing the maths, this is a 14.28% increase in suites used for visitors to the Trump course.

Depending on who’s doing the statistical analysis, you could also call this a 100% increase in Trump-related visitors from the time before the course.

“These figure relate to the golf ‘season’ from May to date and Mr Spence considers that by the end of September, this figures will have increased further to the point where rooms booked by golfers are three times as high as bookings in 2012.”

Coming in at something less than 93% increase – a 5% increase is reported by Jury’s.  This is buried in the Chamber’s article, and Jury’s less boastful claims also credit a discount offered as well as theatre and other events than golf being a factor.  But again, is the Marcliffe really imposing a survey on all of its well-heeled guests?

Is it guessing who’s playing and who might be playing? Without knowing the methodology used and the numbers involved, Mr Spence’s guess is just that. Furthermore, he’s hardly likely to do anything but insist the numbers are up; it might just be in his interest for us to think all is rosy – and for Mr Trump to hear him making such positive noises.

There also seems to be a faint hint of arrogance at suggestions that Trump is now why people are coming to our area to golf. There are after all more courses than this new one.

What questions you ask and whether or not they are slanted can generate virtually any statistic you want to generate.

Getting back to the spoof Evening Express survey, here are the results:-

Question:  Do you Trust the Evening Express?

Question:  What do you think can be done to improve the Evening Express?

Question:  What would you most like to say to the EE Editorship?

Question:  What would you like to see done to the EE headquarters?

It should be noted that the respondents were anonymous; I did not ask anyone to reply, and I did not reply to the questions myself. When setting up a survey, it is possible to target specific audiences. I was asked if I wanted to purchase an option to have specific kinds of people given my survey to answer; I declined.

When it comes to surveys you are being asked to put your trust in, you may want to determine who the respondents were and how they were chosen.

Firstly, they are more than happy to print the conclusions of the Pro-Trump lobby.

Secondly, there is a good, recently disclosed reason for that:  Aberdeen Journals Editor in Chief is married to Trump’s Vice President, not that you learnt this from the paper itself.

Thirdly, on occasion their coverage of issues could be what you might call slightly bias.

Fourth, the  paper is running its own survey as to ‘mending our broken heart’. This survey starts from the premise we are broken-hearted over not having built a granite web over our only city centre green public space. Their campaign in favour of building the web was nothing short of ferocious. 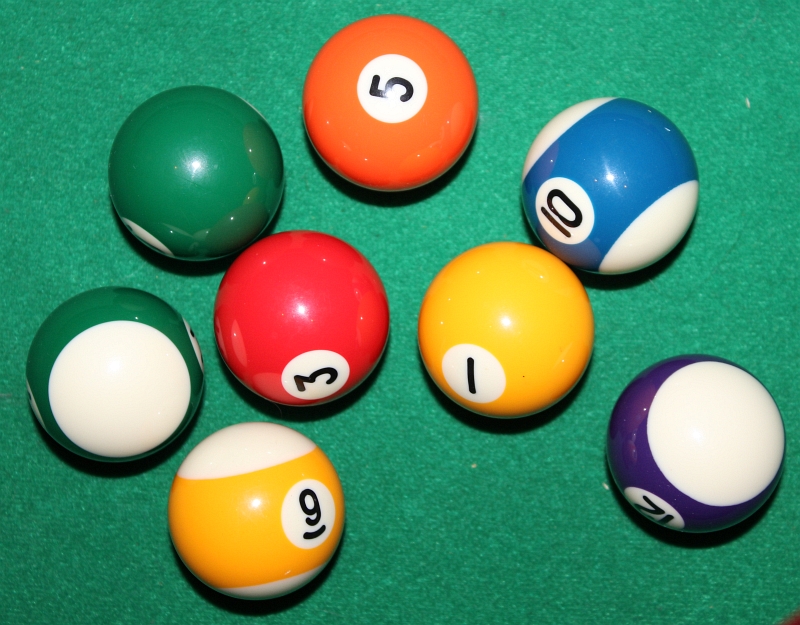 Now they want us to believe they are interested in mending the huge divisions the issue caused, and that they merely want to get our opinions. Not everyone would agree their survey comes from a place of neutrality with a goal of peace-making. They therefore seemed a good candidate to illustrate how surveys can be slanted.

The EE survey questions all had set answers (except the last one). Those who live in Aberdeen City will recall being given similar ‘straightjacket’ answer choices when it came to choosing a shortlist for potential designs for Union Terrace Gardens.

The choice to leave the gardens as they are and just improve them was not given to us, forcing us to choose one of 6 (mostly abhorrent) designs.

What the public did actually vote on and comment on in this exercise remains a mystery. Despite the public purse paying (at least in part) for the exercise, an unelected Limited company consisting of 4 people refuse to let us have the results. Perhaps the Hotel Association will want to come forward with the raw data they have collected regarding Trump .

The Evening Express survey was leading – were leading questions asked of hotel guests?

Using the logic employed by the Chamber, I could write an article now saying ‘Up to 98% of Aberdonians think the Evening Express is Dreadful’.

One thing my survey did was to ask for comments. No two are alike. Not only do they all say different things while conveying the same general message, none of them were from the same IP address. Bear that in mind, and go back to the public consultation as to whether or not to allow the Trump complex to overrule the SSSI protections.

Of course both sides had recommended their followers to either support or object. However, a startling number of supporters came in via email – and dozens and dozens of these are wholly identical.

Identical not only in terms of the wording being verbatim, but the fonts and even the line breaks. Of course these were all counted as individuals weighing in. While many organisations will use form letters, usually this is pointed out when responses are counted – this does not necessarily seem to have taken place with the Trump application.

Let’s assume that massive hordes of golfers are now coming here because of the Trump course. You would therefore expect the course to be running at capacity. From eyewitness accounts of people living nearby, this is not the case. Even the online booking system used by the Trump organisation shows there are often many un-used tee times almost every day.

The next time someone tells you there is ‘up to 93%’ of an increase in something, or the next time you read a statistic somewhere, do not accept any conclusions until you know how big the sample was. Do they mean 93% of ten thousand people? Or are they talking about 93% of 7 suite and 35 bedroom guests?

If someone tells you there is an increase in an activity, find out what the time period is, what other factors could have influenced the increase (were people flocking to an area, say for an event like Offshore Europe?). Ask whether the person or group giving you the statistics have a vested interest in the matter at hand: does Mr Spence want to encourage Trump and co. to continue to visit his hotel?

Do VisitScotland want to validate their ongoing claims as to the benefits of the Trump course? Does the Evening Express have any reason to want to regurgitate pro-Trump statistics? Unfortunately numbers, as well as people, can be deceptive. Without having more information such as who the respondents were, the raw data and background, statistics are meaningless.

Put another way – at least up to 93% of survey data and statistics are unreliable.

68 Responses to “Lies, Damned Lies, and The Trump Effect”