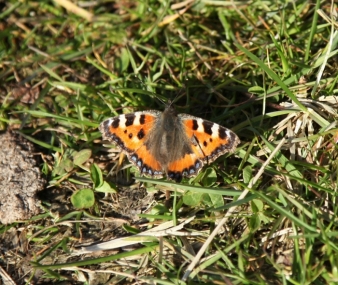 Scotland’s wildlife and landscapes need greater protection than ever before, Sir David Attenborough has warned. Sir David’s comments come ahead of the publication of a report compiled by 25 wildlife organisations from across the UK.

The State of Nature Report concludes that many habitats and species are under threat.

It seems that 60% of species studied have declined in recent decades with 10% of the plant and animal species assessed at risk of vanishing from the UK completely.

“These declines are happening across all countries, habitats and species groups, although it is probably greatest amongst insects, such as our moths, butterflies and beetles. Other once common species like the kittiwakes, Scottish wildcat and arable wildflowers are vanishing before our eyes”.

There are currently around 59,000 species that inhabit the UK but while some, such as the otter are thriving, others such as the wildcat are on the danger list.

Our native Scottish Wildcat is critically endangered says the Scottish Wildcat Association with less than 100 individuals appearing to remain in the wild and barely a handful in the captive breeding population. Unusually the prime cause of the decline appears to be interbreeding with the domestic cat population leading to a dilution of the gene pool and the probable extinction of the breed.

Habitat destruction and climate change appear to be major causes of the decline of other UK species however. Species such as the Small Tortoiseshell butterfly, the Atlantic Salmon and the humble bumble bee are becoming thin on the ground and many more species are being viewed by naturalists as very much at risk.

According to the he British Hedgehog Preservation Society the once common garden hedgehog is in serious decline as new buildings and roads carve up suitable habitat so that small populations become isolated and more vulnerable to local extinction. Tens of thousands of hedgehogs are of course killed on our roads each year and road deaths may actually be an important cause of hedgehog decline since spines are little defence against a wheeled predator.

Even that friendly garden resident, the ladybird is becoming a much rarer sight with figures showing a 44% fall in numbers over the past decade. Indeed many residents of northern Scotland cannot recall seeing them at all in recent years. 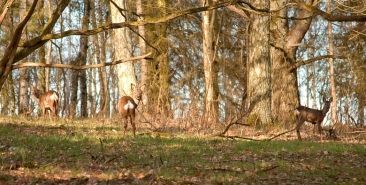 Then of course there are the wildlife casualties caused by government policies who often use that well camouflaged term “culling” as a cover for the killing of wild animals.
Tullos in Aberdeen has recently seen the “culling” of Roe Deer for perhaps no good reason and the badger cull in England has been soundly criticised by many both within the scientific community and the conservation lobby.

Brian May, legendary guitarist of Queen and friend of the late Sir Patrick Moore, recently dressed up in a badger suit to sing a specially composed ‘badger song’ outside the Department for Environment, Food and Rural Affairs (DEFRA) offices but that seems to have little effect on the actions of the policy makers who feel that the route to eradicating Bovine tuberculosis (TB) is to kill every badger in sight despite some contradictory and convincing evidence that the plan is a flawed one and will deliver little.

Indeed the only effect will be, according to many conservationists, to allow badgers from neighbouring counties to invade and take over the sets left vacant when the killing teams have done their work.

It seems that even the royals are on the bandwagon. The news is full of features about the “Lion King”, Edward VIII, better known as the Duke of Windsor and who of course famously gave up his throne for the love of an American by the name of Wallis Simpson.

The Duke was seemingly an ardent killer of anything which moved and collector of hunting trophies by the hundred. Nicknamed Sardine at naval college and infamous in some circles for his fascist pro Nazi sympathies, It now appears that the man was a pioneering conservationist who “fought to save the wildlife of Africa” according to the Sunday Times.

He seemingly on occasion swapped his hunting rifle for a cine camera and in a rare royal propaganda coup Channel 4 will screen a documentary of the royal film footage later this May.

Additionally it seems that the Royal Family have this week appealed for us all to do something about wildlife poaching in Africa. This is of course positive since very few of us Scots relish the killing of African Rhino and Elephant just for their horns and tusks. However many will doubt the sincerity of this plea from a family who have for many generations visited Scotland during the hunting season to shoot the local wildlife.

“Just heard the Royal Family appeal for us to do something about poaching in Africa which is killing off the elephant and rhinoceros, I am in agreement, but I find it incredible that it should come from a family that come to Scotland every year and shoot anything that moves.

“The message that sends is that it is bad to kill African wildlife but OK to kill Scottish wildlife. The hypocrisy is astonishing and really in these matters the British Royal Family should keep their gobs shut considering half of Africa is on their “bloody” walls.”

Another local resident also felt that the royal call to action seemed quite hypocritical. After all he told me, when the present incumbent of the throne heard about her father’s death, she was with her husband the Duke of Edinburgh on a hunting safari somewhere in Kenya. Indeed, the Duke continues to defend his love of blood sports and has frequently claimed that he is culling and not killing the animals. 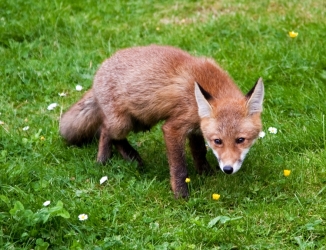 In 1961, despite protests from British and Indian politicians, he went ahead with an Indian tiger shoot and figures compiled by anti blood sports campaigners suggest that in Britain alone he has shot deer, rabbit, hare, wild duck, snipe, woodcock, teal, pigeon and partridge, and pheasant numbering at least 30,000.

Prince Philip was of course the very first President of World Wildlife Fund (WWF) from its formation in 1961 to 1982 and International President of WWF (later the World Wide Fund for Nature) from 1981 to 1996. He is now President Emeritus of WWF.

The Prince was quoted in 1988 as saying that in the event of his reincarnation, he would like to return as a deadly virus in order to contribute something to solve overpopulation. Many of his subjects would no doubt oppose any move on his part to convert to Buddhism.

2 Responses to “The Badger Song”