We read regularly in our local and national media of opposition to the development of wind energy and in particular wind turbines. Jonathan Russell adds his contribution to the debate. 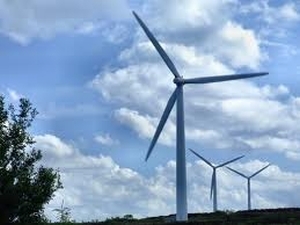 It is clear that many consider wind turbines are a blot on the local landscape.
Concerns have also been raised about their efficiency.

I would like to make the following points in relation to:

We are facing energy crises as our gas and oil reserves decline. To import energy when we are in considerable economic debt is not a rational option and will lead to ever increasing costs of energy and a decline in our standards of living. Many of our poorer citizens would go without proper warmth- do people want this?

Coal produces high levels of carbon and would be both highly expensive and of high risk to re-instate. Nuclear Power is more expensive than wind energy and would take longer to come on stream than green technology and requires a greater subsidy. Other Green Technology is also in a developmental stage and we need energy in the short as well as the long term.

Nuclear Power also has the considerable problem of decommissioning nuclear waste, with risks to future generations and with a considerable extra cost.  It also has, as we are seeing unfold in Japan, the potential horrific effects of accidents. Radiation effects are greater than we were initially told, and there is a daily struggle to keep 1,500 rods cool which otherwise would release huge amounts of radiation into the atmosphere.

Much more worryingly, the US National Council on radiation protection have stated – along with Japanese experts – that if hit by another similar earthquake, there would be a 70% chance that the entire fuel pool structure would collapse. This would release 134 curies of Caesium 137, roughly 85 times the amount released at Chernobyl. These experts believe this would destroy the world environment and our civilization.

The public outcry in Germany has led them to stop building nuclear power stations, and engage in a program of closing down existing ones and moving even more to Green Technology. Of course Nuclear Technology has improved since the building of the Fukushima Dai-Ichi nuclear power plant, and we are not likely to be affected by an earthquake the size of the one in Japan.

However it does highlight the scary potential for disaster if we go down the nuclear route, as many risks would still be around, such as human error and terrorist attacks.

Climate change will have an effect across the globe, and a country like ourselves could be vulnerable as we import most of our food.

The countries that are managing to weather the world economic recession are China, South Korea, and Brazil, and to a lesser extent Finland, where the expansion of green technology – which is replacing information technology as their main growth area –  keeps them out of recession. Do we want to become backward economically?

Climate Change is another critical problem facing our planet and could lead amongst other disasters to food shortages and famine. Where do we think we are going to get sufficient food from if we do not start reducing carbon emissions?

The Research program on Climate Change Agriculture and Food security has highlighted that in regions of South Asia and sub-Saharan Africa an estimated 266 million people could lose up to 5% of their available growing areas, and a further 170.5 million people in West Africa, India and China will be directly affected. Other areas such as the wheat growing areas of the United States will also be affected.

Locally, due to the unseasonal wet and cold April, many lambs have died. This may or may not be due to climate change, but it begs that question.  This along with an increasing world population will have an effect across the globe, and a country like ourselves could be vulnerable as we import most of our food.  Then add the increasing costs of energy to this picture. It will mean increased costs and shortages of the basic necessities of food and energy.

Of course we have to concentrate much more on energy conservation and developing a wider range of green technology, but wind power has to be part of the mix.

The alternative – I  would suggest – is not worth contemplating.