The Technical Feasibility Study for the City Square Project was published in 2009. A key problem area was identified early on: 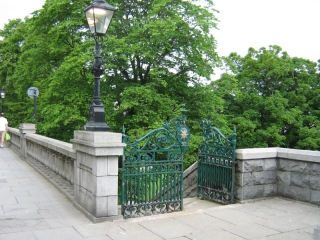 “The difficulty in quantifying the economic gain is considerable. To describe the benefits in cultural and civic terms and to focus on the future raison d’être of the City of Aberdeen will become the means of explaining the benefits. However it is very difficult to make these benefits seem tangible. Yet this is precisely what will have to be done for a proposal to succeed.”

Three years later, and with the scheme rebranded as the City Garden Project, they are still struggling to give any clear explanation for the economic benefit.

The business case for Tax Incremental Financing (TIF) was presented to Council on Wednesday. TIF is a mechanism whereby a local authority borrows money from central government funds to finance a development project. Any new business rates created by the project are used to pay off the loan and interest. It is intended to act as a self-financing mechanism.

The City Garden Project has a nominal cost of £140m, of which the promised private sector contribution is £70m. Aberdeen City Council is being asked to underwrite a £70m loan through a TIF scheme. This is part of a larger plan to redevelop the city centre which includes knocking down St Nicholas House, the Denburn car park and health centre area.

The TIF business case presented to councillors is, however, seriously flawed.

The main justification for the City Garden Project is that it would apparently create a high quality city centre to make Aberdeen more attractive. This is supposed to act to retain and draw in energy and other professionals, together with an increased number of visitors.

Yet, a survey published two months ago makes this claim somewhat questionable.

“ABERDEEN has been rated one of the world’s top cities to live in for the second year in a row, a survey published today reveals.  Quality of life in the Granite City is ranked above that of Hong Kong, Los Angeles, Houston and Dubai in the study, which is used by governments and multinational firms to help decide where to send staff.”

Most controversial is the claim that regeneration of the city centre could create 6,500 jobs.

The report sets out how his figure was derived. A questionnaire was sent out by the Council to companies and a small number of interested parties in Aberdeen with the intention of assessing the economic impact of the city centre redevelopment. One of the target groups comprised key developers, land owners and agents. Of the 35 parties in this group, only one replied to the questionnaire. They then contacted all remaining 34 developers by phone. Even then, when directly approached, only six of the 34 were prepared to speak to them.

Unfortunately this question did not garner any responses

The developers were asked ‘to identify the extent to which the delivery of each of the five development schemes would result in uplift in development potential for housing, retail outlets, office space, business units, hotels, tourism and leisure in the City Centre’.

“No respondents identified the project as having any impacts on the development potential for business/industrial units in the City Centre”.

“The next question in the survey requested developers to provide an indication (in quantifiable terms such as the number of units, square footage etc) of the extent to which the identified benefits would impact upon their organisation’s investment plans and/or objectives. Unfortunately this question did not garner any responses as consultees felt it was too soon and/or complex to attribute impacts in these terms.”

That questionnaire wasn’t that much help then. 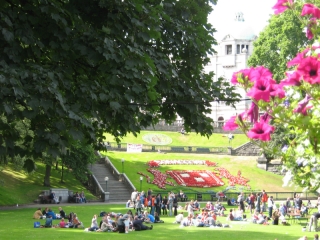 SO WHAT DID THEY DO NEXT ?

“In balancing these different responses (i.e. CCRS will act as a stimulus to market uplift in general versus developers views that each individual site is likely to be taken forward anyway) the Council, ACGT Enterprises and their advisors have initially assumed a profile of development under the no CCRS scenario whereby:

“None of the cultural, leisure or retail elements of the CCRS projects will be taken forward;

“At least one major site totalling 0.720 million square feet will be taken forward in the anticipated timescales projected by developers regardless of CCRS; and,

“On the remaining sites identified, 1.369 million square feet will go forward without TIF over the 25 year period considered, but such developments will lag, on average, three years behind the profile assumed with CCRS.

THIS IS THE KEY BIT

“the Council, ACGT Enterprises and their advisors have initially assumed a profile of development “

Took the 2,029 million square feet figure, multiplied it by ‘standard job density ratios,’ and came up with 6,500 jobs.

So what happened next?

“In balancing these different responses (ie CCRS will act as a stimulus to market uplift in general versus developers views that each individual site is likely to be taken forward anyway) the Council, Aberdeen City Garden Trust Enterprises and their advisors have initially assumed a profile of development under the no CCRS scenario whereby:

The footage was multiplied by standard figures which relate development area to the number of jobs likely to be created, hence 6,500 jobs.

The key word here is ‘assumed’. An exercise in speculation somehow translated into a press statement that the City Garden Project will create 6,500 jobs. This wild claim led to much scepticism. It was pointed out that the London Olympics are only predicted to create 3,000 new jobs.

The discussion on project risks is somewhat lightweight. One concern is the possibility of massive cost over-run on the project. The report even tacitly recognises the possibility:

“It has demonstrated with the redevelopment of Marischal College that it can have a major project delivered on time and under budget. This is a rare accomplishment in such large projects.”

In June 2010, I gave a deputation to a Council meeting where I asked who would pay for any cost over-run on the City Garden Project. The then Chief Executive, Sue Bruce, decreed that the private sector would pay, not the Council. Since that meeting, there has clearly been little progress on the matter. The report mentions that:

“Before entering into any TIF arrangement, ACC will endeavour to structure an arrangement with its private sector contributors that minimises ACC’s risk exposure.” 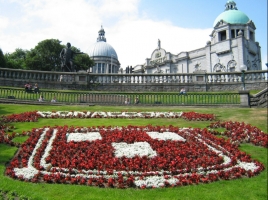 The Council should walk away from the project unless it gets a legally-binding commitment from the private sector to cover all costs of any project over-run. The major financial problems caused in Edinburgh Council as a result of the projected £200m-plus overspend on the trams project should be foremost in councillors’ minds, one would hope.

TIF can be a risky way to borrow money. The risks are understood by the Council:

“For most TIF projects the most significant risk would be in relation to the business rates identified not materialising or being delayed. This would result in ACC having insufficient revenues available through the TIF mechanism to service and repay their borrowings.”

There is another risk. The loan will be in place for a period of 25 years, gradually being paid off, it is hoped, by new business rates. Like a mortgage, interest will accrue on the unpaid part of the loan. The business case assumes an interest rate of 5.2% over the 25 year period. Should interest rates rise by only 1%, then there will be a predicted shortfall of £20.7m left to pay after 25 years.

Careful reading of the TIF business case for the City Garden Project shows that it is based on unexplained assumptions, optimistic extrapolations and will involve financial risk for the Council. Yet the public are being told otherwise.

Tuesday’s ‘Press & Journal’ quoted a City Garden Trust director, who mentioned they had polled 50 people in Aberdeen. Those against the City Garden Project had said the city could not afford the project.

“When the funding was explained and the economic benefits outlined, ten of these people changed their minds. “

This is what I would have told them instead.

“Your house needs doing up, you are heavily in debt, you can barely find the cash for the essentials in life. Should you take out an enormous mortgage for a new patio and garden? No!”