Britt Pernille Frøholm is touring the UK this Autumn and will play three venues here in the North East, including a fund raising concert at 7.30pm on Saturday 19th November 2011 at The Howe Trinity Church, Alford, in aid of The Alford Heritage Centre and Museum. Jim Talbot encourages Aberdeen Voice readers to attend. 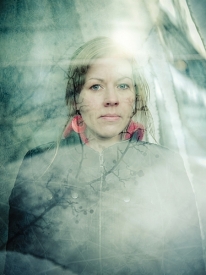 Britt is a leading hardanger fiddle player from Hornindal on the west coast of Norway.

She has a MA degree in Traditional Arts from 2006 where she worked with contemporary music and researched new techniques for the hardanger fiddle.

She is a versatile musician who has released several critically acclaimed cd’s in a number of genres, ranging from traditional folk music to free improvisation with jazz musicians.

The concert will include Christmas music from Norway and will be a showcase for this talented musician and her beautiful instrument.